My SNU Buddy Group 6 took us to Bukchon Hanok Village for a Hanbok photoshoot play day!

I visited Bukchon Hanok Village briefly during the College of Business’s Seoul City tour early on in the exchange, and noticed a few teenage girls dressed up in Hanbok — Korean traditional attire, walking around the neighborhood. It turns out there are several shops around the area that rent out Hanbok for you to wear and take pictures with your friends.

I followed the Korea buddies leading the group to a certain Hanbok shop that was only 7,000 won a person to wear Hanbok for however long you’d like, so that we can take as many pictures as we wanted. We just had to stay within the vicinity and not wander off too far, and return the hanbok after we were finished taking pictures.

Sadly, I didn’t get to choose my hanbok as there were a limited selection in size. In terms of Hanbok, there are several different kinds! Korean people during the Joseon dynasty wore different colors and material of hanbok based on their social status. The higher one’s social status, the more colorful and vibrant your hanbok would be, and also in higher quality material (probably silk). I was given a royal hanbok. At first, I thought I was made Queen by pure destiny, but turns out my friend Lily beat me to it! The one I had was royal for sure, but I was the concubine and not the head Queen… For the rest of the day, I had the role of the “Evil Concubine” as we took photos and it was the running joke until the end of the day.

There were also many headpieces to choose to accessorize our hair. I also used the combs and brushes to tie my hair back, in order to recreate a more accurate Joseon Dynasty hanbok look.

As everyone finished dressing up and we began to take photos, we could not stop laughing and giggling at all the photos that came out. I remember the moment as being very happy and bright, with the sun shining down on us. Many tourists also mistook us for employees hired to dress up, and asked to snap some photos with us! I had such a happy afternoon with my group members and felt that we definitely got even more closer after this activity. Wearing Hanbok, I felt like I got to experience a big part of Korean culture and I’m so glad I got to do so during my exchange experience! 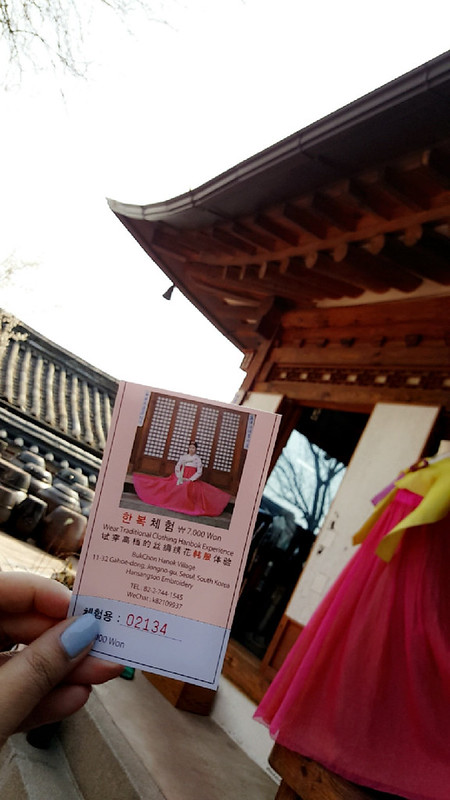 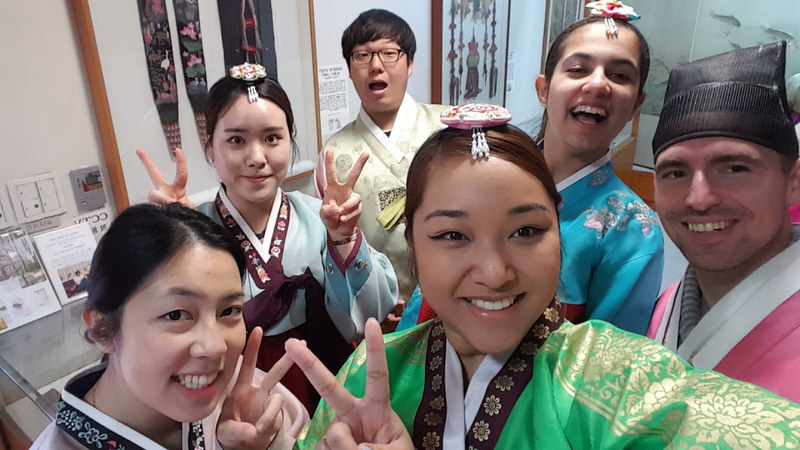 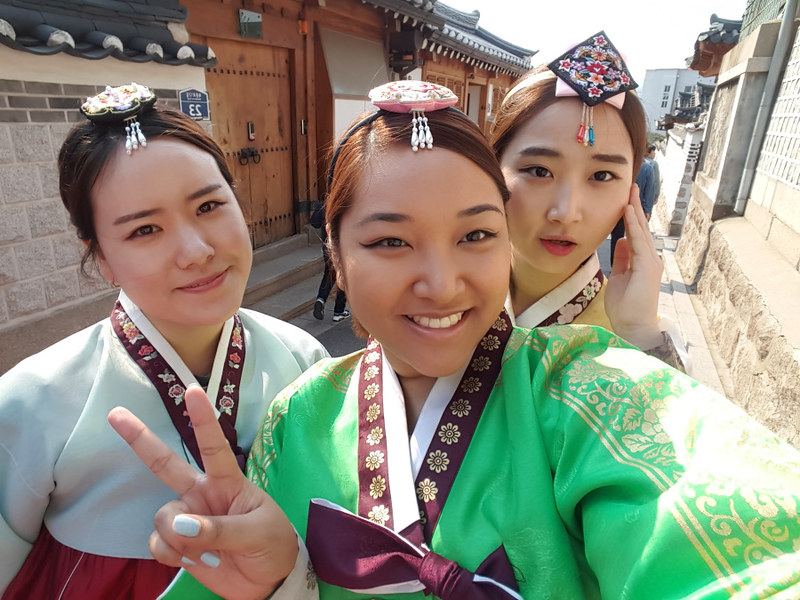 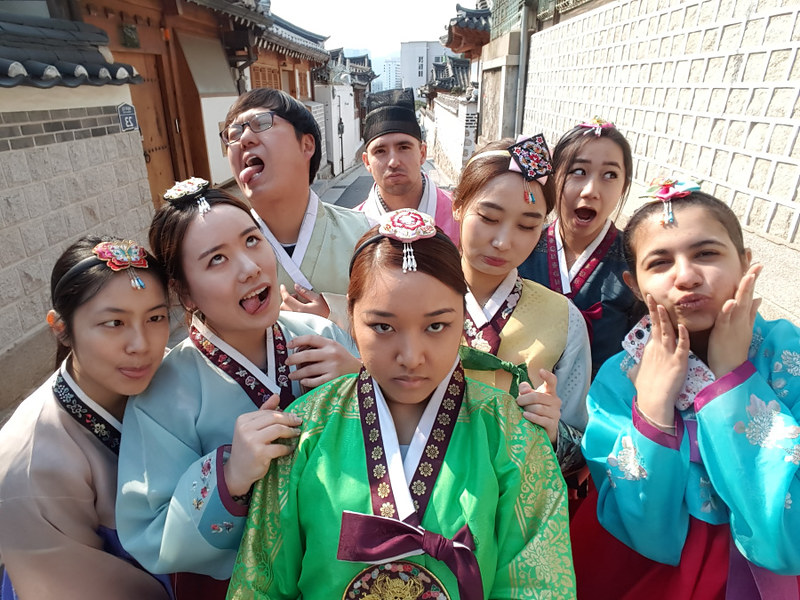 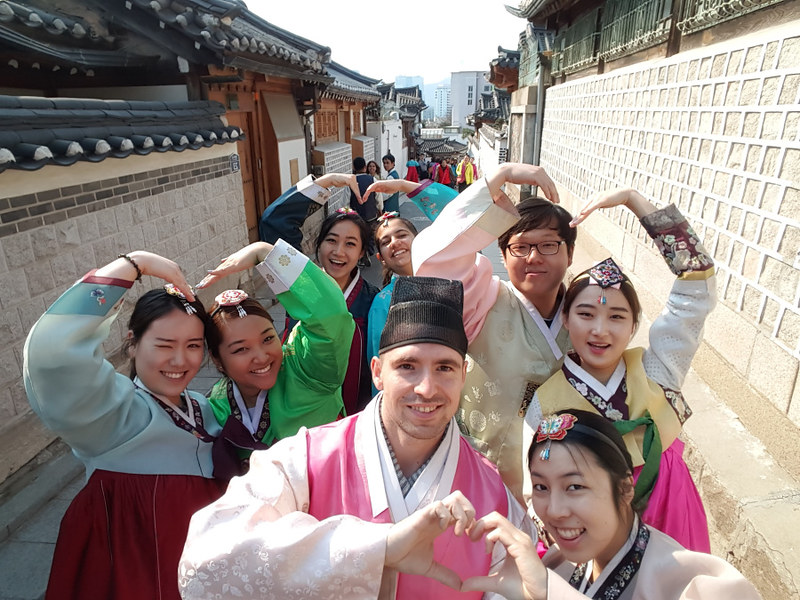 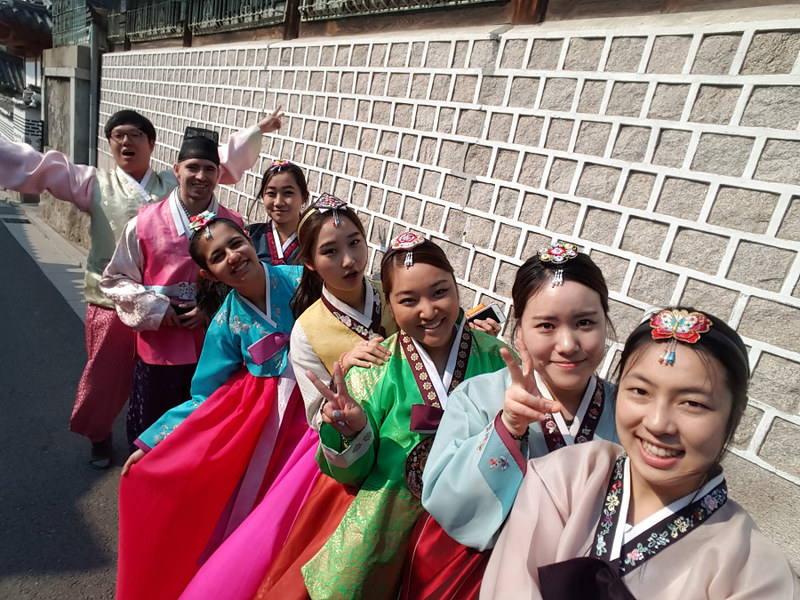 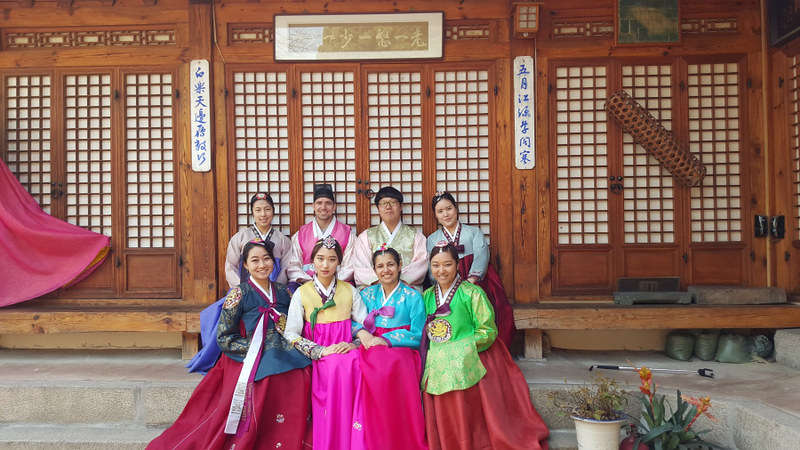 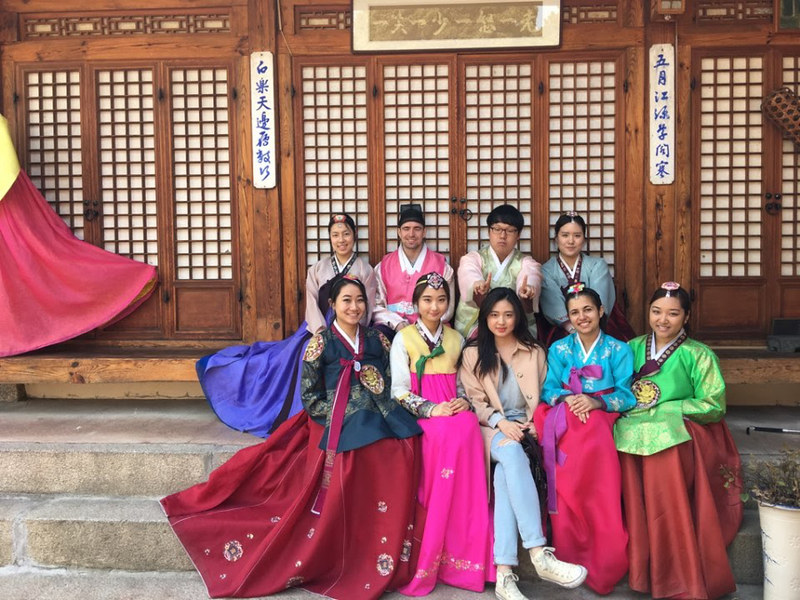