Wait… what?! Bungee… Jumping?! Hold the phone. Just looking at the words “bungee jumping”  makes my heart beat faster and palms sweaty from nervousness. I’m someone who cannot even ride a kiddy rollercoaster — imagine Snoopy Land at Dorney Park. How was I supposed to actually bungee jump 45 meters (about 150 feet) over water/a concrete park?!

I don’t know what happened and it’s still blurry. But I did it. Yes, me. I actually bungee jumped for the first time in my life (and probably the last) in Korea. Here’s the story.

Although I technically belong to Group 6, I became very close to Group 5 as most of my close friends are in that group. Naturally, I began going to Group 5 events when Group 6 was slow. During that weekend, Group 5 was going bungee jumping at Yuldong Park. Of course I automatically said “Heck no, I’m not going,” since I cannot even begin to fathom the thought of me actally bungee jumping. However, as all of my friends were going to jump have been talking about it for a long time, I decided to go watch them bungee jump. It would be interesting, just watching. I would never, ever do it though. Or that’s what I thought.

On our way to Yuldong Park where a 45 meter bungee jump existed, my friends kept persuading me to bungee jump. It’ll be so fun, they said. It’s a once in a lifetime thing, they said. You’ll regret it if you don’t do it while you’re young, they said. Even though they were probably as scared of jumping as I was, they still wanted to do it. Seeing this courage emanating from my friends — I suddenly had a change of thought. What if… I just… do it? If I do, I will be able to say that I, Anna Nguyen, bungee jumped in my lifetime. Korea is also such a special place to me… so I decided I wanted to conquer my fear in Korea, make a life-lasting memory here, and be able to live on without regretting not jumping. And so to my all of my friends’ shock and surprise, I said at last, “Okay. I’m gonna jump.”

Walking towards the building that could be seen from a good distance away, everyone’s hearts become more anxious and nervous, including my own. But it didn’t look too bad, it wasn’t as high as I thought. And it overlooked a lake, so I thought it was better than jumping down towards concrete.

But boy, was I wrong. Things started becoming more intense (Gosh my fingers are sweating as I’m reminiscing the moment and typing this), as we paid 25,000 won, signed a waiver, and the employees put the equipment on us. Then I was weighed. My weight was written down on my hand.

I decided to be one of the first seven people to jump. I wanted to get it over with so that I wouldn’t back out as I watched the first group. As we got into the elevator lifting us up into the highest platform, I began to panic. It. was. really. high. up. I was totally wrong about it “not being that high.” The people began to look like ants. I could no longer see only water, but also the cement next to the water on the concrete park area. The Korean staff member began speaking Korean. He was saying what we should and shouldn’t do, to prevent injury and even death. But I stopped listening. I was too terrified. I began to lose it. I thought to myself, this was the worst idea I’ve ever made. Why am I here right now? I thought of my family. I wanted to go home.

We got off the elevator, and when I looked down — Holy crap. It was not a joke. This was not a joke. We were 150 feet up into the air, and I was going to have to jump down overlooking a small section of water and the rest, cement. I couldn’t feel my limbs. My legs felt like jelly. The platform was slighting shaking due to the heavy wind. Dear. God. Have. Mercy. Is what I kept thinking. Or, my mind went blank.

But I tried calming myself down to get my senses back together. I only regained 3% of my senses, but eh better than nothing. All of my friends began freaking out as well. At least it was funny to see them in that environment and state. Where else would I be able to witness that?

As my friends jumped one after another, I began even more nervous. But I still didn’t have any thoughts. I just kept telling myself that it’ll be okay, that I wouldn’t die and that I can do this. I can do it. I can do it.

When it was my turn, I took one final exhale and got ready to jump. I can do this. I was ready. The instructor checked my weight. He was confused, and started questioning the other employee. There was a problem. I had to go back down and get weighed again. Oh, great.

That incident made me even more nervous, since it took me much effort to ready myself only to start all over again. It turned out I was weighed incorrectly the first time. I’m glad they caught it, as it could’ve been a danger to my life if the wrong weight was linked to my body.

They checked my new weight, thought it was okay this time, and told me to turn my back towards them, and to NOT turn and look around no matter what. I was terrified of this instruction, since I’m not sure why they would say that. But I felt them hooking something up to the straps on my gear and body. Once they were done, I was instructed to turn around slowly. Holy crap.

This was it. I was steps away from the tiny platform, looking down 150 feet into water and concrete. At that moment, I wanted to cry. But I also had no thoughts in my head still. I could barely see my friends waving to me from below. The instructor must’ve sensed I was nervous, so he began making small talk with me. Asking where I was from. USA. Philadelphia. I’ve been learning Korean for a long time. I’m really scared. “Your Korean is good. Don’t be scared,” he said in Korean. “It will be fun. After I say 1, 2, 3, Bungee! You jump. After Bungee. Got it?” “Jump towards that Korean house over there.”

Umm… yeah, I guess so. Okay. After Bungee. Okay. Wait what?! But that house is so far away. I have to jump towards that?! He gave me more time to ready myself. I thought about my family. And God. I even prayed. It’s fascinating to remember what came to my mind during this time of terror. Family and God.

I screamed. I screamed the whole way down and once I jumped, I closed my eyes. Once I felt that I had finished the jump, I was completely wrong. I was bounced back up from the impact of the jump and the energy from the bungee cord — so I flew all the way back up into the air. My eyes were open because I was confused. I thought once I jumped, it would be over. But the next scariest part was the first bounced. I screamed for my life. I wimpered. I think I sobbed. I could hear my friends cheering me on and consoling me as I was bouncing around in the air. I bounced for what I remember was 10 times, I don’t know… it seemed like forever. Once I finally stopped bouncing and hung in the air, I felt like my soul had left my body. But it was exhilarating. The employee on the small boat rowed up to me, grabbed my foot and lowered me down into the boat to steer me back to land. It was over. I did it.

I went back to greet my friends, who all came running to me to congratulate me for my accomplishment. They were proud of me. But still laughing. I guess it was pretty funny and embarrassing! But I didn’t care. I did it. I actually did it. They all thought I would back out last minute, but I did it. They called me a hero, the bravest of them all.

For the rest of the day, I was emotionally and physically exhausted from the entire event. But, there was this new feeling of confidence rushing through me. I never thought I would ever be able to bungee jump during this lifetime before coming to Korea. I never had a single thought about doing something so extreme. But thanks to my friends and Korea, I was able to conquer a huge fear of mine and prove to myself that I’m capable of anything. I now feel like I am able to take on anything the world throws at me, now that I have conquered such an incredible fear and accomplishment. It was literally life-changing. I’m so thankful.

I don’t have pictures of me during the actual jump, but I do have a video. But unfortunately, I’m not able to upload videos here. If you’d really like to see it, I’ll be more than happy to show you sometime! As embarrassing as it was, I’m still proud of myself. And I encourage everyone to conquer their fears at least once in their lifetime. It will change you and make you a new, better person. If I can do it… you certainly can! 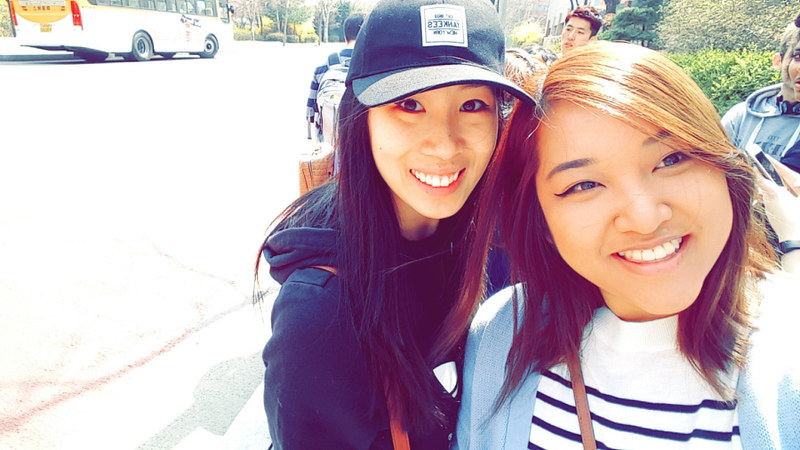 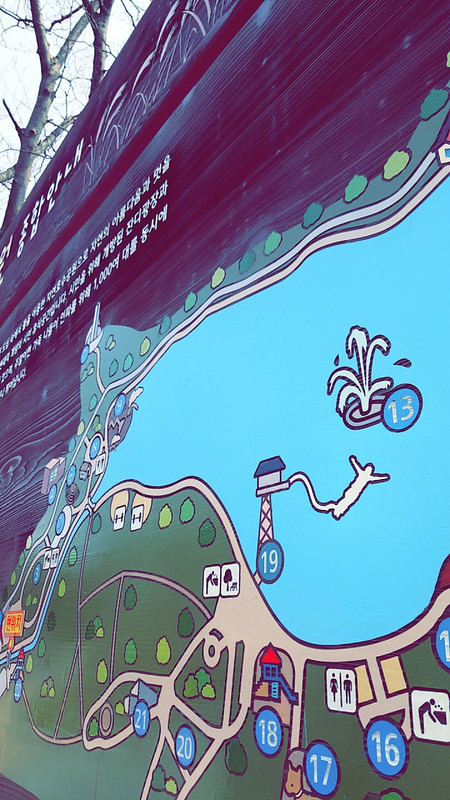 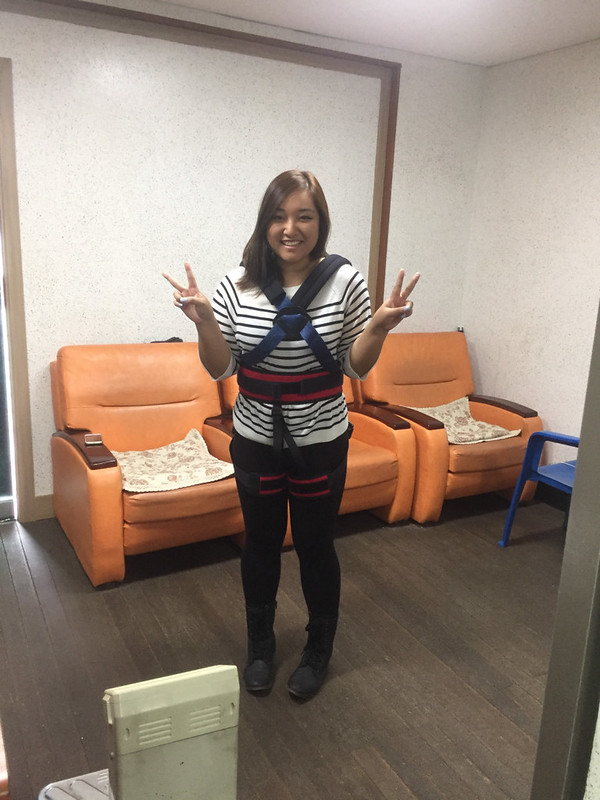 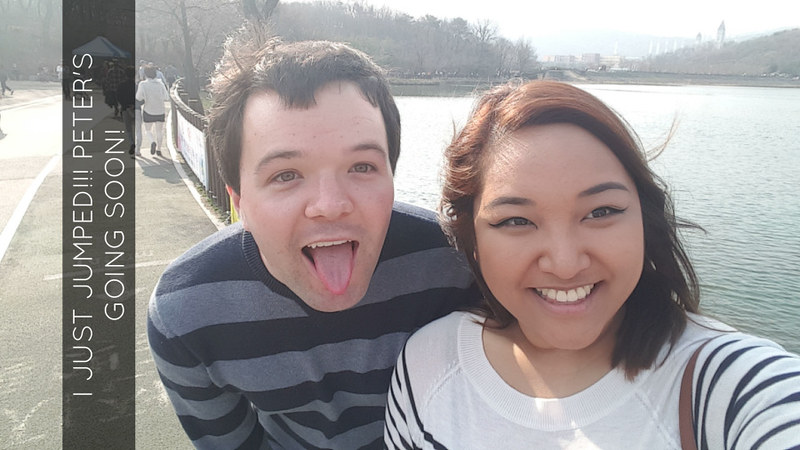 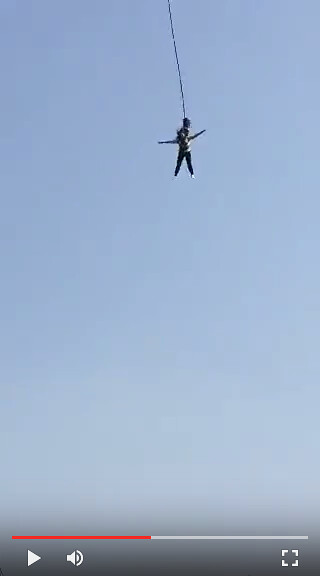 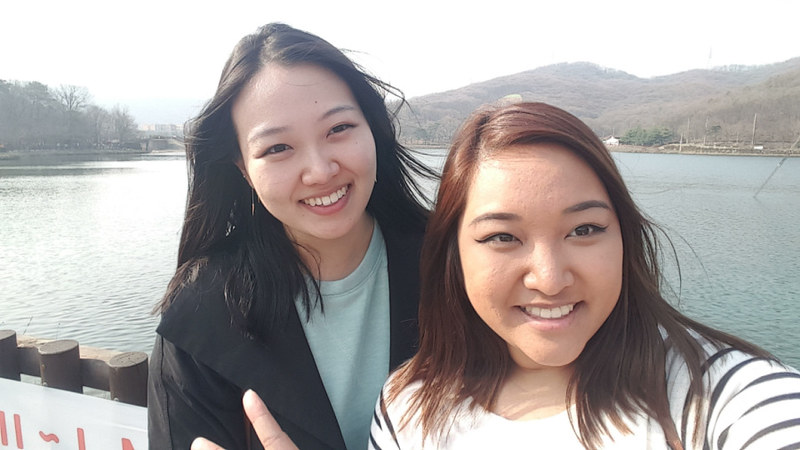