Growing up, I was never really into sports. My brother got me into a short basketball and football phase during high school, but it didn’t last long. I always thought baseball was the second most boring sport on the planet. First was golf. Long story short, I never thought I’d ever be interested in baseball. But that changed ever since I came to Korea.

Even though I know close to nothing about baseball, I always knew the baseball culture in Korea was huge from watching dramas and movies. Group 5 was planning to gather to go to Jamsil stadium and watch a baseball game, so I was eager to join and experience not only my very first baseball game in life, but also in Korea as well!

Upon arriving at Jamsil stadium, I was fascinated by my surroundings. Food and snacks sold my ahjummas and ahujussis alike flooded the busy area right outside of the train station and stadium. Everything yummy you can think of, from chicken to pizza, and Korean snacks like ddeokbokki and dried squid. I also saw many food franchise chain stores like KFC, Taco Bell, and Burger King! There was even a Gong Cha. BUBBLE TEA. It was food heaven, and everyone geared up with chicken and beer in preparation for the game starting at 6:30pm.

A ticket for entry to the game costed only 15,000 won — around $15 US dollars. Isn’t that unbelievably cheap?! We sat semi close to the field, and behind us was a high stadium where four beautiful cheerleaders danced to Kpop songs to hype up the crowd. There was also a middle-aged man full of energy leading the audience with cheer songs and phrases to shout, to cheer on our team! This game was LG Twins vs KT Wiz — both Korean companies! Almost all of the Korean baseball teams are owned by Korean companies/conglomerates, which I thought was really cool. 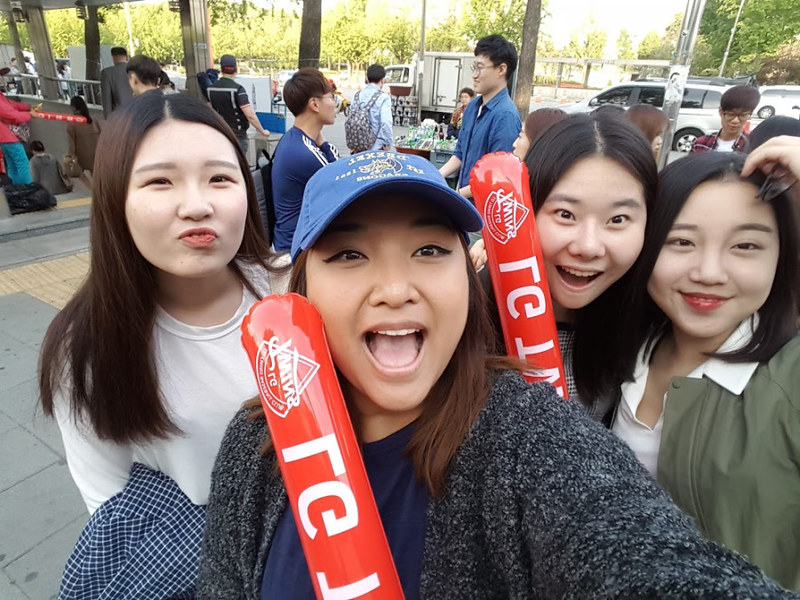 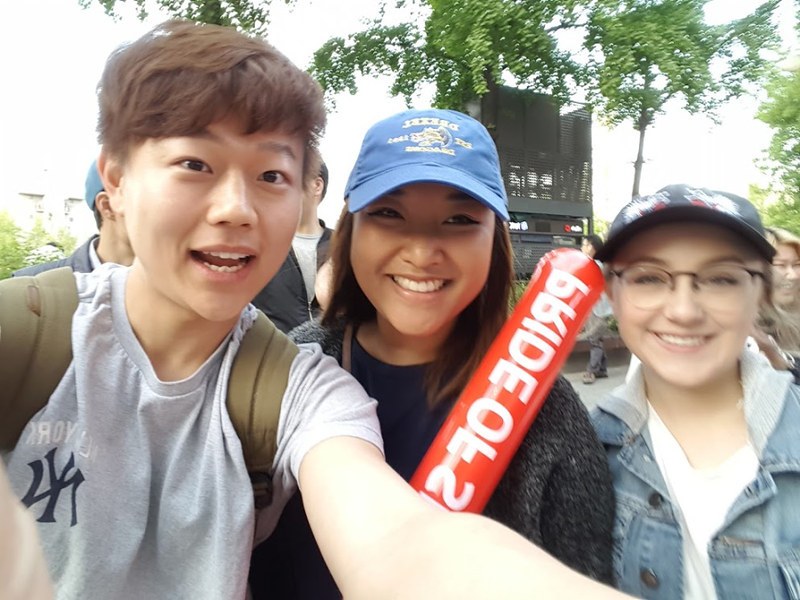 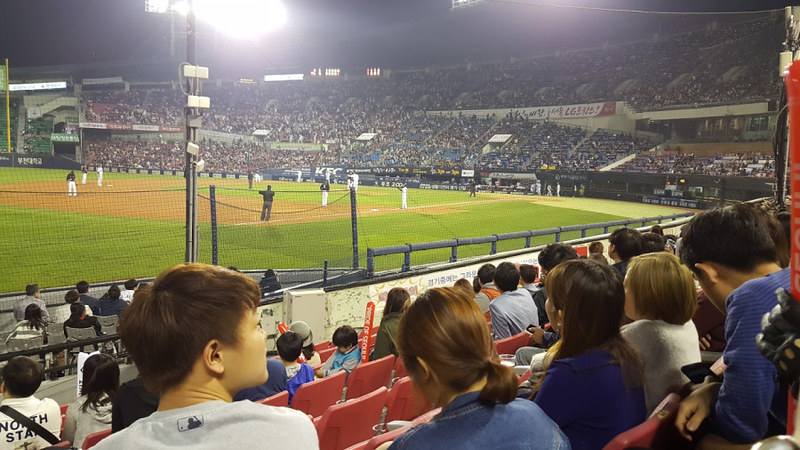 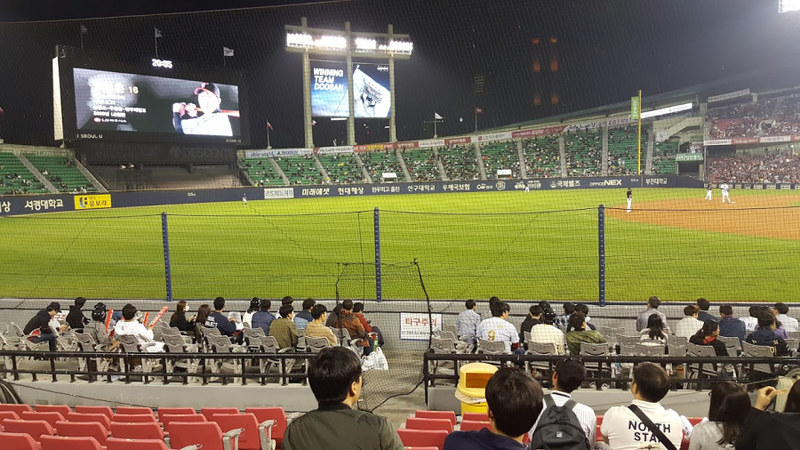 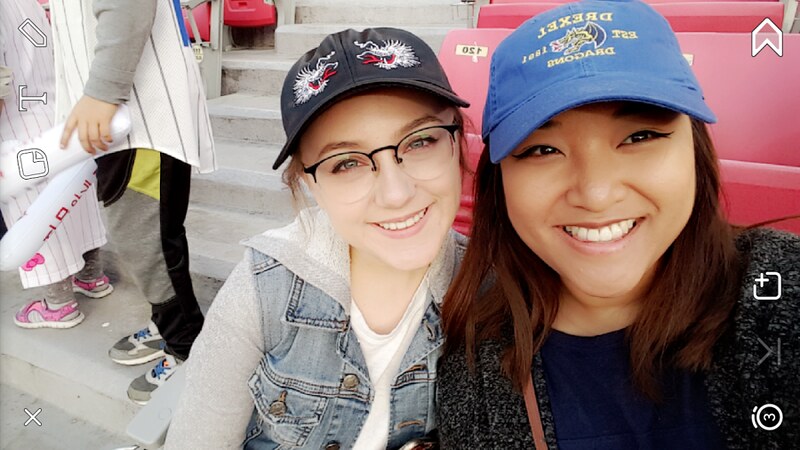 There were many fans on the LG Twins side of the stadium, and their cheering was very admirable — loud, ferocious, full of spirit! Because of a certain handsome player named Oh Ji Hwan, I began cheering for LG even though we sat on the KT side. My friends warned me to be careful since Korean baseball fans may get really passionate and violent… So I kept my cheering down!

I’ve never been to a baseball game back home, but I felt that Korean baseball was so different. The fans/crowd were so energetic and passionate, standing up to cheer when their team was up to bat and banging their inflatable cheer noise sticks together, to the rhythm of each player’s customized cheer songs. What I loved most about the experience was not the game itself, but the cheering and togetherness I felt while being with my friends and part of a team going against another team so competitively. All the while eating delicious chicken! I felt so much excitement and energy being in the stadium, I knew I had to come back. Luckily, my Group 6 was also arranging a visit to Jamsil Stadium again. I was so excited to come back now that I had more experience! 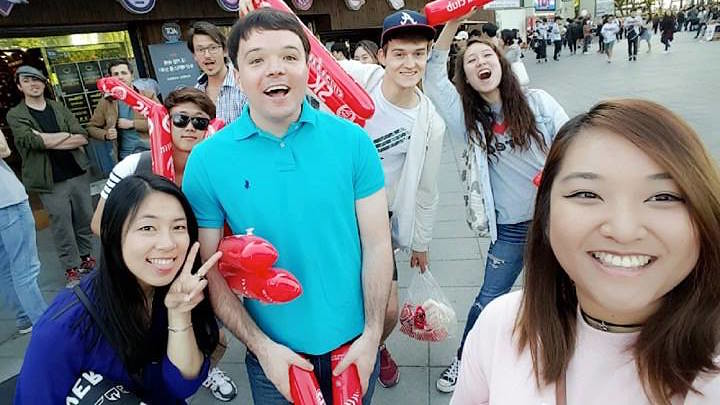 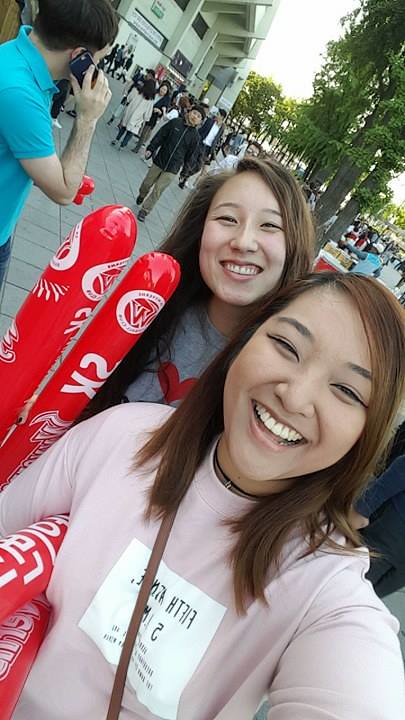 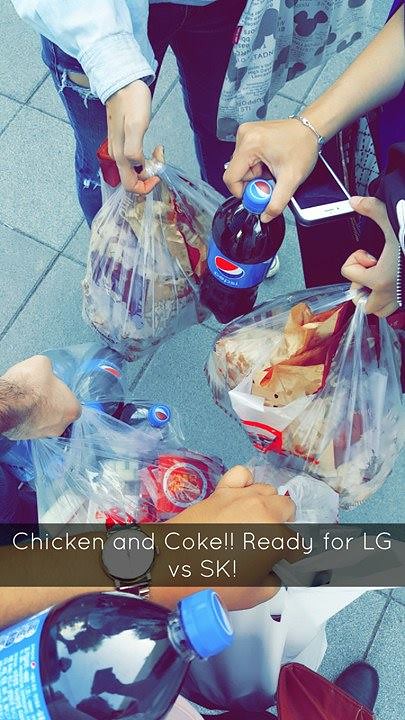 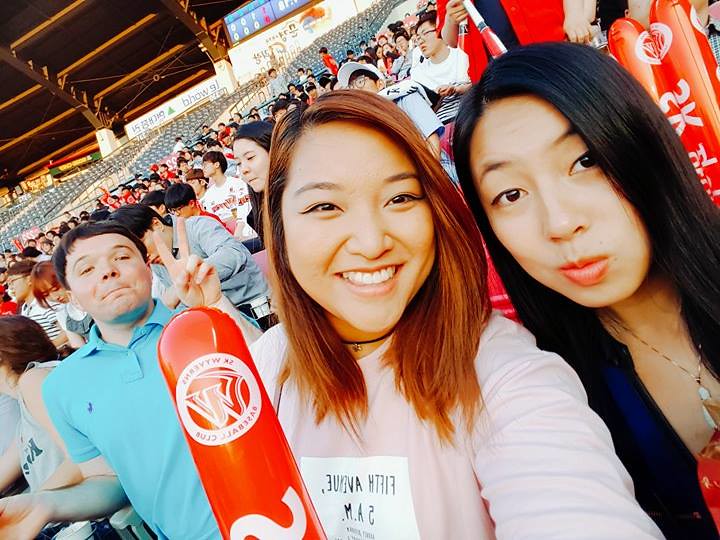 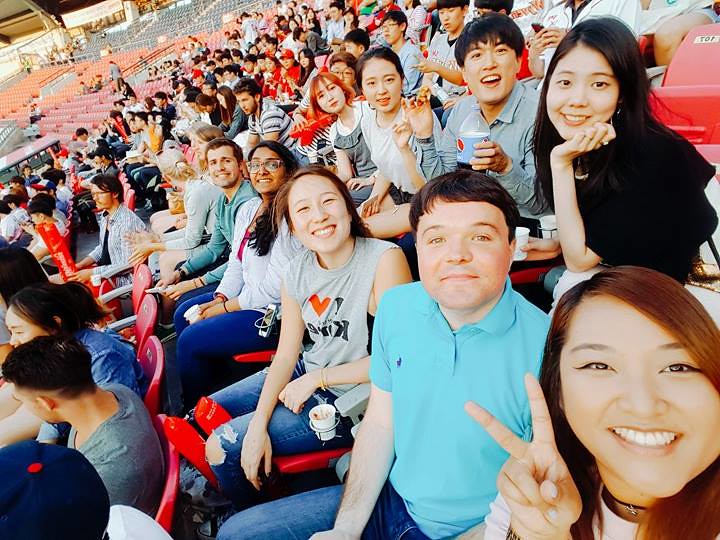 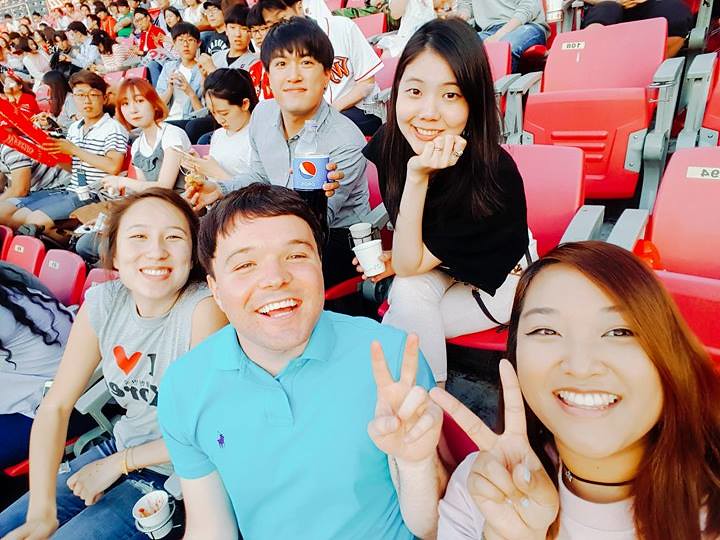 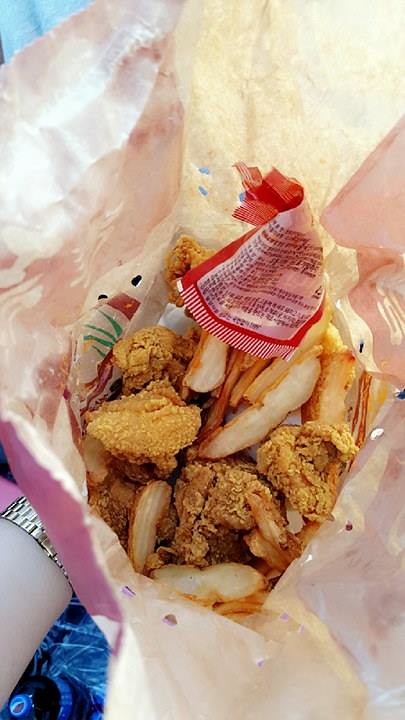 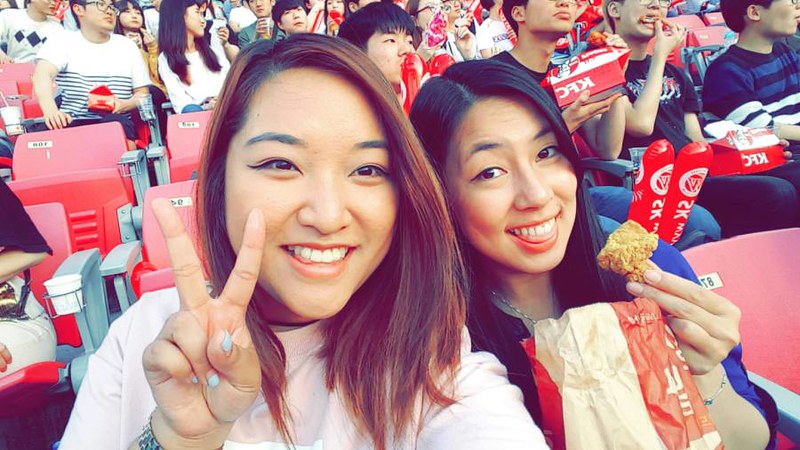 The second time was even more fun since I had more experience and knew what to say and sing. Sadly, it was another LG Twins game vs SK Wyverns. We sat on the SK side because the LG side was all booked. I made a vow to myself that I’d come back and sit with LG for the last time before leaving Korea! Hopefully I’ll get to go again soon!

Ending this blog post, I’d like to bring up a thought — it’s fascinating how during studying abroad, you can develop an interest and do things that you never thought you’d do back home. From bungee jumping to hiking, to watching baseball and enjoying it… I’ve been doing activities that I never even had thoughts of doing before in my life! I’m finding myself here in Seoul. And I once thought that finding yourself was a one and done thing before, but now I think that we’re always continuing to “find ourselves” as we live our lives. We just need to have one thing: An open mind.