After dreaming about visiting Paris, France for nearly ten years my wishes came through. As soon as I stepped off the plane on Friday, July 1, it felt like a marathon had started. I To say that it was an overwhelming start would be the biggest understatement. I was the last person of my to arrive so there was so much I had to catch up on. Buying a metro pass, figuring out how to get my phone to work, and most importantly learning how to unlock the door to the AirBnB home (it took me about 5 tries to figure it out).

Nonetheless, I could not wait to start exploring the city. On Saturday my roommates and I travelled to Marne la Vallée and visited Disneyland Paris. In my opinion, nothing can compare to DisneyWorld and Disneyland in America, but it was a great day. This was definitely the time where I realized that I was actually in Paris. Every time I talked to a Disney cast member or asked a question to the people in front of me in line I expected them to talk in English. However, I enjoyed trying to use my limited amount of French vocabulary to talk with Parisians. 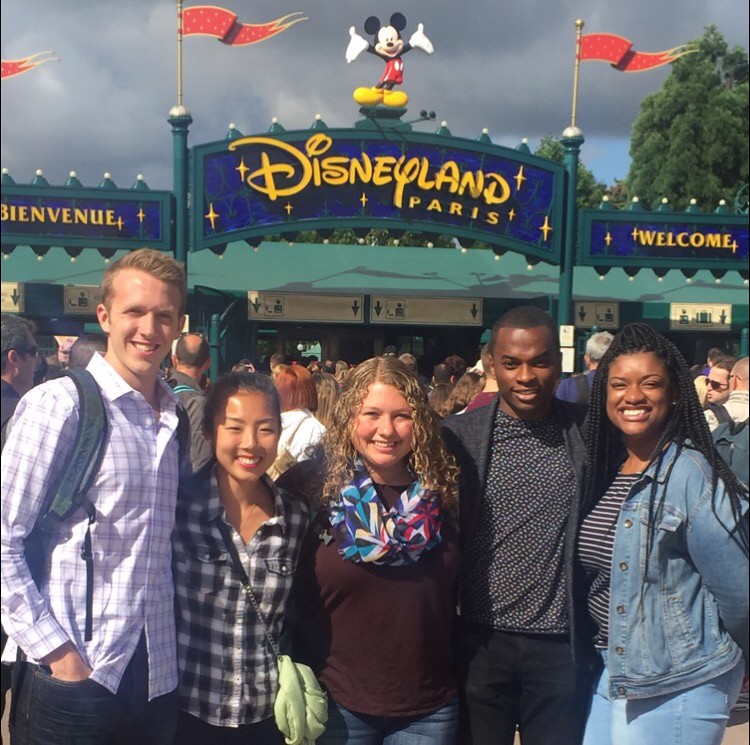 The next day my roommates and I met up with the other students to watch France play in the UEFA Euro 2016. We tried to find a bar close by to the eiffel tower but it was hard to find a place that had space for 10 people. Most of restaurants, bars, and cafe’s in Paris are a lot smaller compared to America and we had to learn the hard way. However, my roommates and I played host and we all viewed the game on TV.

That Monday we celebrated the fourth of July with the first day of classes! Our first day was definitely hectic. We had orientation from 9-10 in the morning and powered through until 5:00pm for our classes. It was definitely a lot to take in. I also found out during that time that both of my classes would be taught in French. Once I heard that I was ready to take myself back to Jersey. But, I realized I knew a lot more than I thought and was able to follow along with no massive problem.

The rest of the week was spent exploring the city and getting used to the new class schedule. We were finally able to get into the Fan zone and enjoyed a thrilling game where France beat Iceland to make it to the Euro Cup final for the first time in over 15 years. But, they lost to Portugal in the finals on Sunday, but it was still exciting to witness the mayhem that ensued when they advanced to the finals. 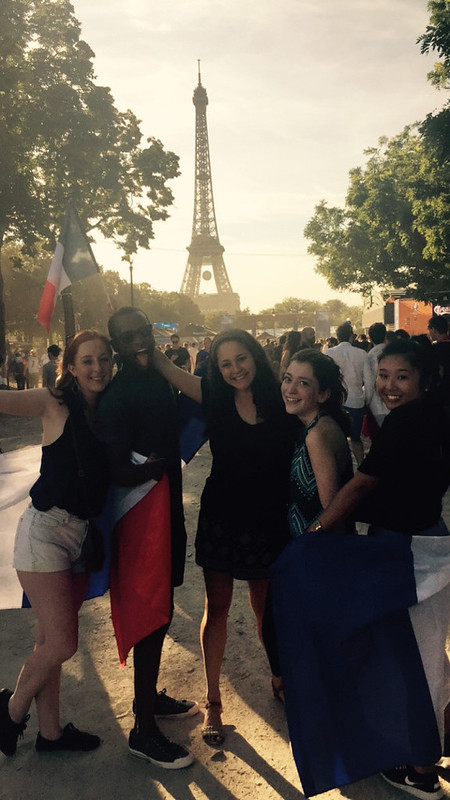 Overall, my first week in Paris was incredible. This is my first time in Europe and my second time out of the US so I was excited to roam around the city and experience a completely different culture. I can’t wait for the adventures that lie ahead…