Friday, 1.7.2016
FOMO does exist. At least for me, the fear of missing out led to many discoveries this week. But let’s take a few steps back.
When I first arrived, I was convinced that I was going to have a hard time living in Berlin. I felt nothing towards the graffiti-covered streets and cold, modern buildings. There was no magical feeling like Paris or Rome. No bubbling curiosity. Nothing. Nada. Zilch.
The Drexel students in this program thought otherwise. They were hungry to explore every nook and corner. That hunger rubbed off. Over the past few days, we walked the city until our feet ached (which usually was about midnight and 10ish miles).
One excursion changed my entire outlook on Berlin. My friend stubbled upon an Alternative Walking Tour when she searched for top things to do. We made it a priority to go before the end of our first week.
From the get-go, our tour guide made it clear that we are on the wrong tour if we were looking for the touristy or known historic landmarks. Instead, over the next three hours, she taught us about the community struggles, values, and beliefs that shaped the city after WWII.
To remind you of some important historic facts, post-war Germany was spilt in two between the Allied Powers and the Soviet Union as part of the Potsdam Agreement. Berlin, being the capital, was also divided into West and East. In 1961, the Berlin Wall was erected to prevent East Berliners from leaving – for fear of the Soviet Union and its policies. This split (and the following consequences) is important because the apparent difference in values emphasized on each side shaped the rebellious, liberal philosophy of the city today.
Today, you can visibly see that the East side has embraced this rebellious spirit more than the West side (it might have something to do with the lack of rights during the thirty year period), especially in Friedrichshain and Kreuzberg. These young, hipster neighborhoods attract all kinds of people. You will find many pockets of different, culturally-rich communities like YAAM (Young and African Art Market) and RAW. 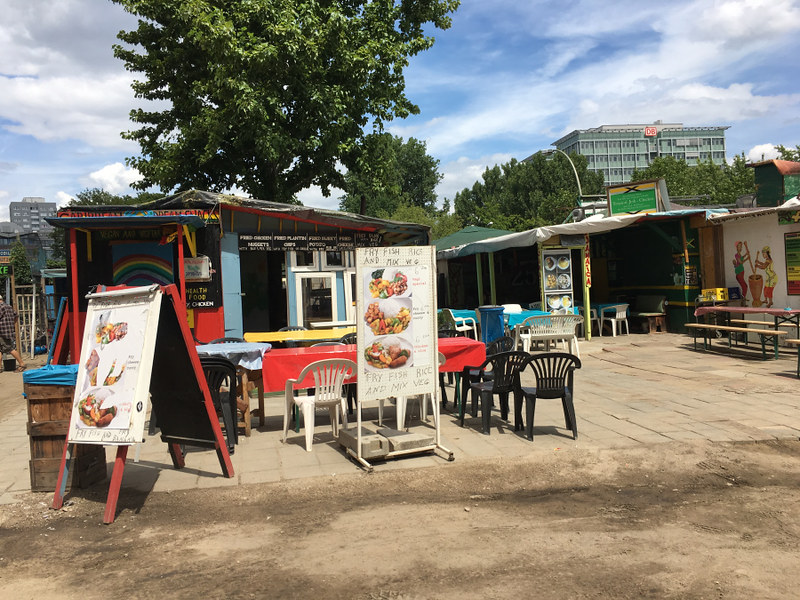 Try traditional Jamaican food at YAAM
Speaking of visually, street art is an element defines this city. Believe it or not, graffiti started in Philadelphia and was brought over to Berlin during the war! Berliners soon picked up the art to express their political, emotional, and social stances. You can still find these powerful images today on the East Side Gallery – the longest section of the wall that remains in tact – and the city walls. 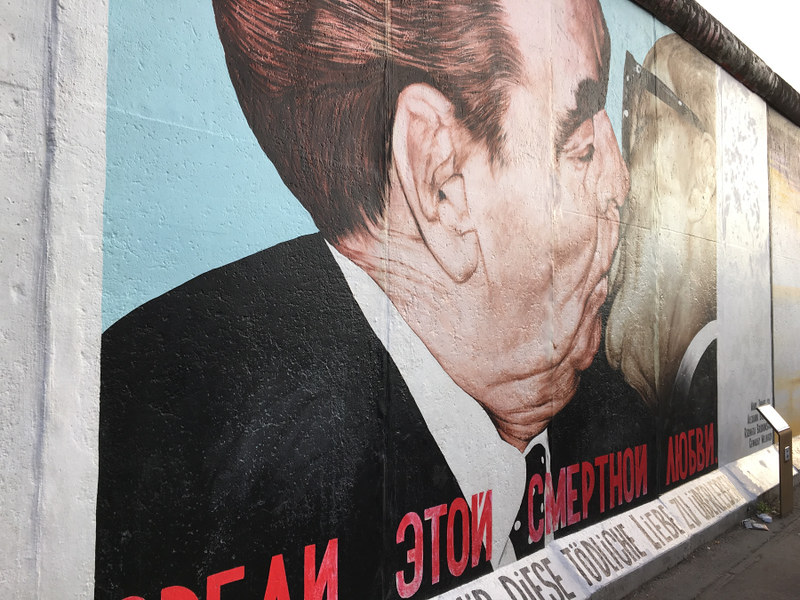 Check out the East Side Gallery
Berlin is not the typical European city. There is no consistent look or type. It is it’s own. The city is a kaleidoscope of art, international communities, and an ingrained-nature towards rebellion – much like a person is a melting pot of interests and beliefs. Maybe Berlin is right the place after all. Maybe this is the perfect place for me – someone who is searching for her own identity, voice, and values.
More to come FIVE | Free Time, Me Time 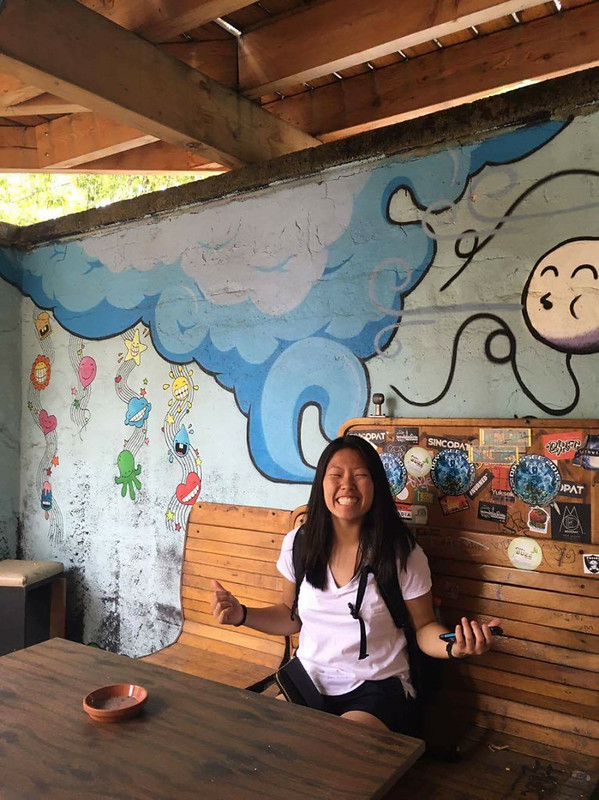