After only three weeks of classes, every University in France graciously has a full week of vacation in mid-February. Although personally I would have preferred to save my vacation for later this term (i.e. when I’m swamped with work during week 10), I really can’t complain in the slightest.

One of my friends from high school happens to be studying abroad in Barcelona, and it also just so happened that she found a relatively inexpensive three-day trip to Morocco (that I highly recommend) that we decided to go on together. So booked a budget flight through Vueling and spent three days with her, then we made our way down to Morocco! (Note to anyone studying abroad in Paris: If you are ever looking for budget flights, I highly recommend Google Flights and companies such as EasyJet and Vueling as these airlines fly out of Charles De Gaulle (CDG) and Orly (ORY). Despite its popularity, Ryanair operates out of Beauvais (BVA), which is difficult to get to from Paris, not to mention that the bus ride will cost you what you’ll be saving in the first place.) 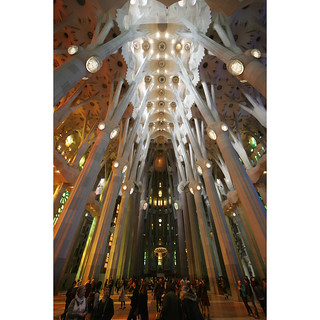 Barcelona is stunning. This was the first time I’d ever been anywhere else in Europe besides France, so it was nice to explore something beyond what I’ve gotten used to. Barcelona is such an interesting mix of Spanish and Catalan culture, speaking of which, I have no knowledge of either of these languages, which was kind of a struggle since I don’t want to seem like the typical anglophone tourist (see below for how this struggle
continued in Morocco). Regardless, the architecture in Barcelona is just (literally) unbelievable: one of the most famous churches, Sagrada Família
, began construction in 1882 and isn’t projected to be finished until 2026! 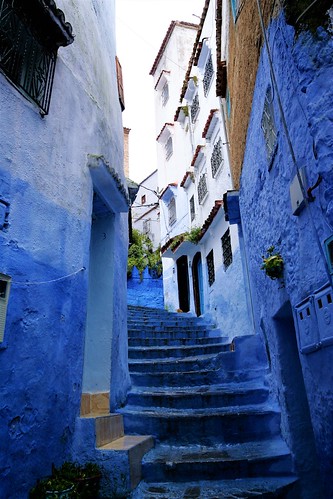 If Barcelona was stunning, then Morocco was breathtaking. In the course of three days, we went to Asilah, Tétouan, and Chefchaouen with a brief stop in Tangier. Although I only saw a small fraction of the most northern part of the country, it is apparent that as a whole the country is a diverse patchwork of people of many languages, cultures, faiths, and identities. I was absolutely amazed by the fact that all the merchants in the Souqs in Tétouan and Chefchaouen were able to speak Arabic, English, French, Spanish, and Italian to varying degrees and among other languages. This is a necessity, as it is common practice to haggle at the Souqs for the best price you can get. The idea is to never pay list price; some of the people I befriended got handmade leather purses that were listed at upwards of €30 down as low as €13, which is a complete steal for something we would pay at least $75 for in the states.

Speaking of the people I befriended, the company running the trip was based out of Spain…so mostly everyone on the trip spoke Castilian except for me. Nevertheless, I ended up meeting three charming people from Italy who spoke Italian and Spanish, but only a little English…so they taught me some Spanish and Italian and we made do! I will say that constantly trying to converse in two languages I have absolutely no knowledge of can be exhausting, but the relationships you build by collectively surmounting a language barrier are more than worth it.