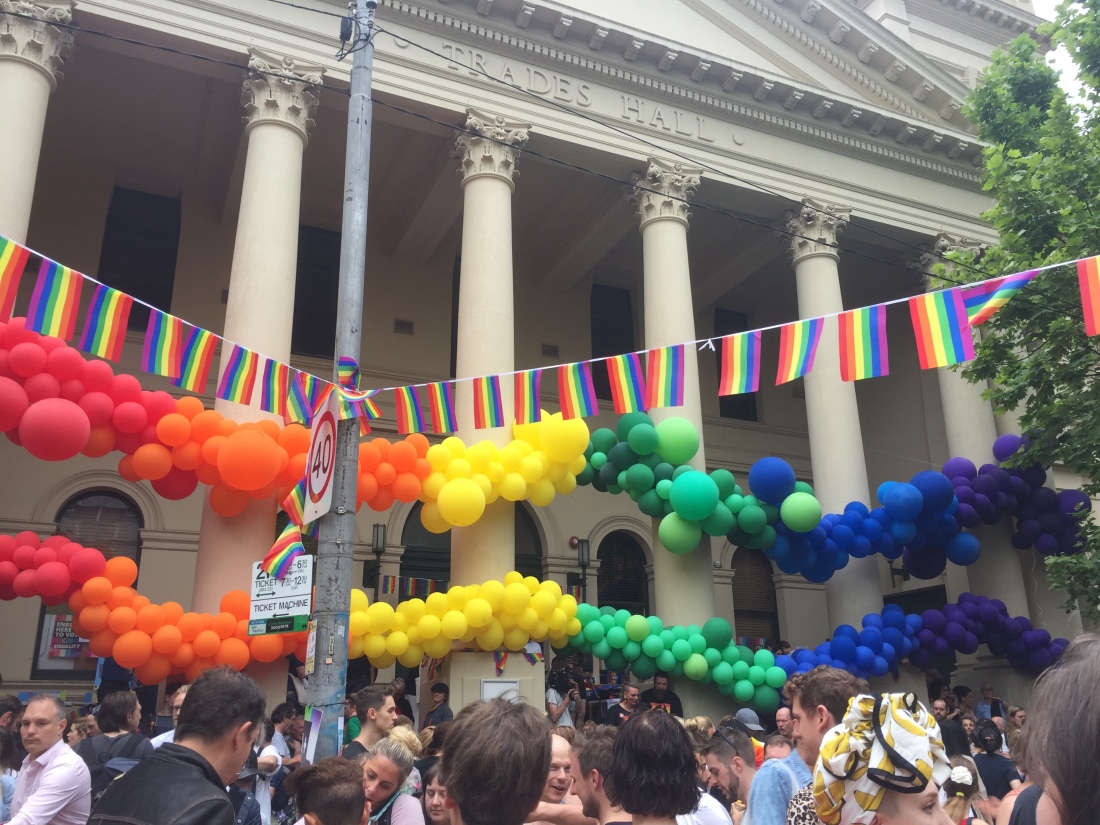 After a long and grueling campaign, this week we finally found out Australia’s stance on marriage equality—and the result was overwhelmingly positive.

For me, it was hardly a surprise considering, from the very first moment I stepped into Melbourne, I saw the effort that the “yes” campaign was putting into this vote. Not only did I see the rainbow “Vote Yes” signs in every shop window I passed, but I also so rainbow colored streamers and pride flags in many different houses.

But the road wasn’t easy for the “yes” campaign. The “no” campaign pulled out all the stops in a huge effort to get as many people to mail back their surveys with a “no” vote. They even designed an app so that anyone who wanted to could volunteer for the “no” vote campaign. In this app, you’d sign up, and then get points based off of how many doors you knocked on and how many people promised to vote no.

However, all of their efforts clearly did not work.

The day that the results were announced, Melbourne (as well as other major cities across Australia) held a large street party in the city. There were rainbow flags all over the place and rainbow balloons were strung across the pillars of trade hall; there was a booth that was putting glitter on people’s faces and in their hair, there was live music, and everyone was joyous and happy. There was also ice cream (which I ate) and Korean Fried Potato Twists (which I also ate) as well as a bunch of other vendors.

After a point, the police stopped letting people into the party. My assumption is that it was because, to them, there were too many people inside the designated area in front of trade hall. As a result, there was a large crowd waiting outside wanting to get into the party. That was the one downside: that not everyone was able to partake in this celebration.

Now the only thing left is for the Australian government to actually act upon these results. One this is for certain if this legislation is not passed, Australia is going to get a major shake up in its next election.