This week I got to participate in what I think may be one of the most fun British holidays, Pancake Day! Pancake day was this past Tuesday, perfectly placed right before Valentine’s Day. Now this is apparently celebrated in other places besides the UK, but it is definitely the most fun here in London. Everywhere I walked that day I saw a restaurant having a special on pancakes, and boy did it take a lot of restraint to not spend my money on this delicious breakfast delicacy. Instead, I was able to use Pancake Day as a great way to bond with my flat mates! 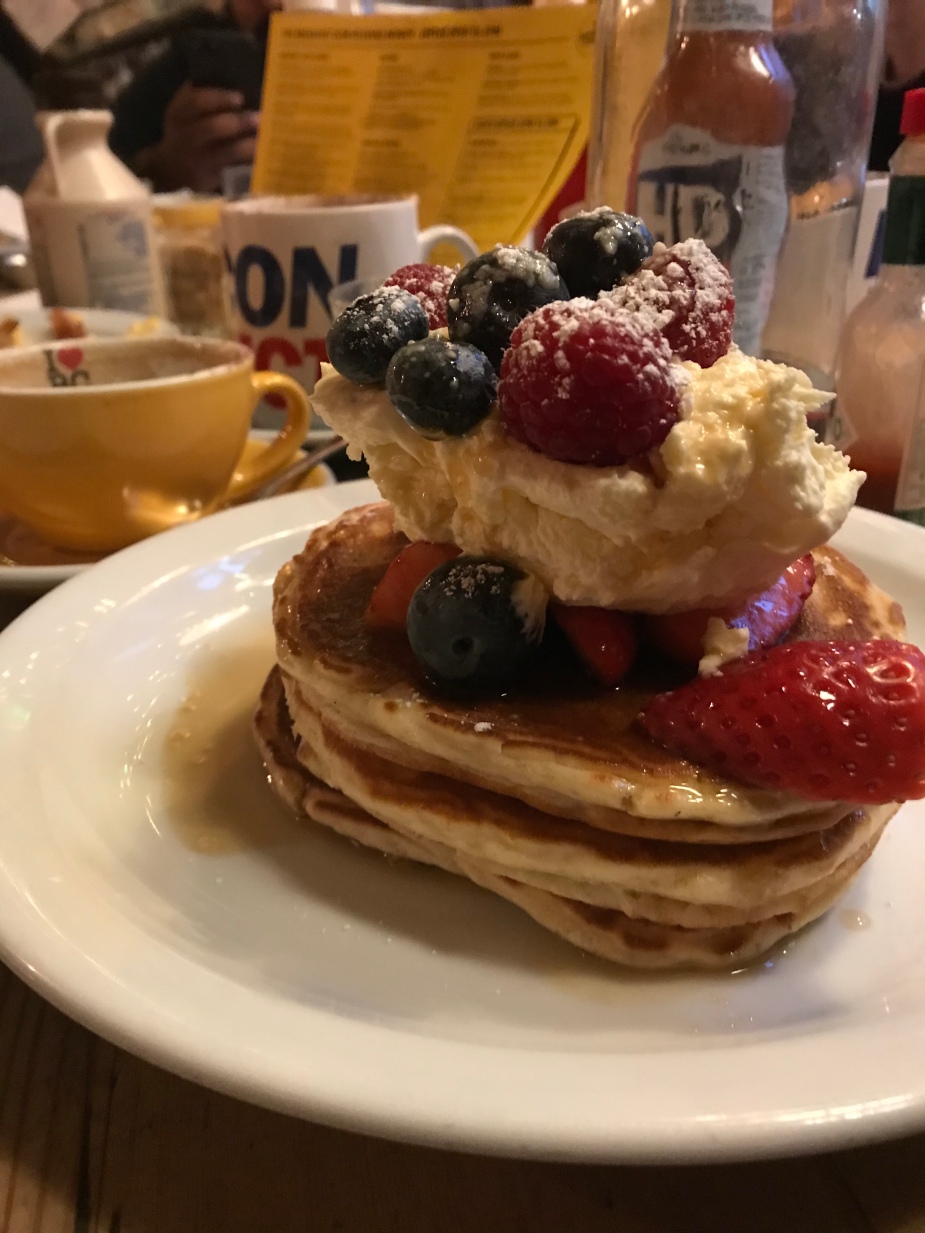 (These are some pancakes I had a wonderful breakfast spot called The Breakfast Club, which I would recommend if you need breakfast in this city)

Now British pancakes are very different from the ones that we are used to in the states. We imagine fluffy little circles stacked on top of one another, but in England pancakes are much more similar to crepes. They are thin, easy to roll up, and generally served with Nutella, lemon and sugar, or golden syrup which is a honey type syrup. Unfortunately I was too busy concentrating on not messing up my British style pancakes to take pictures, but for an example of what they look like, I would like to include this photo of British style pancakes from only the best chef to come from this country, Gordon Ramsey. 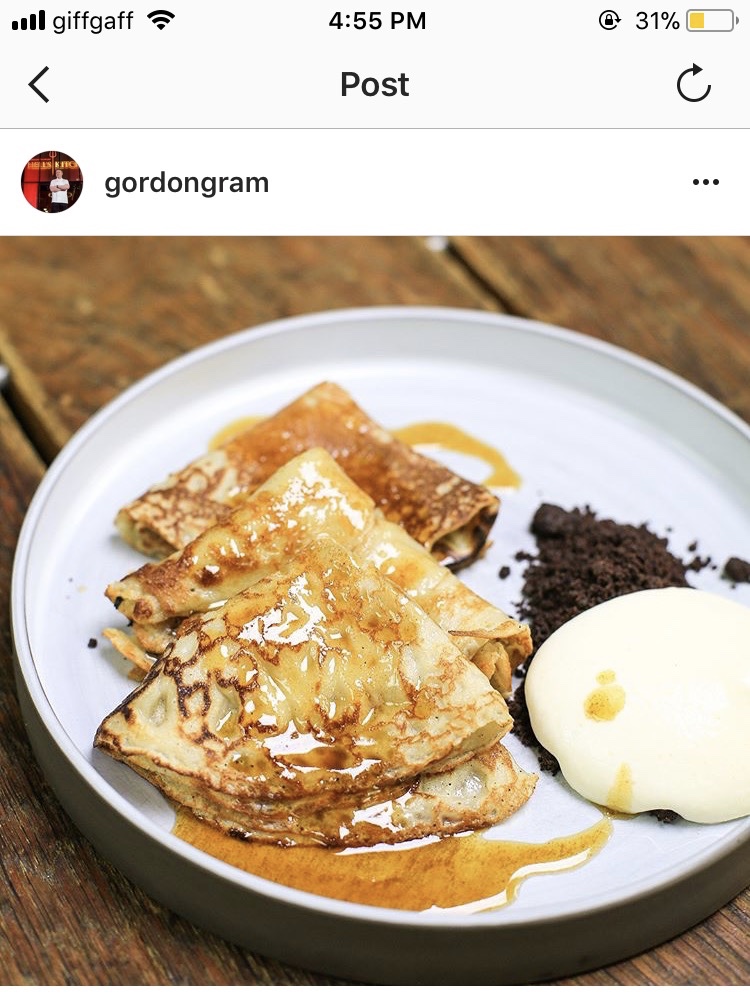 I promise I will get better at taking photos, but I was just having too much fun flipping some pancakes. This holiday was an amazing way to get to know my flatmates better as well. In the UK nobody has roommates, but you live in a flat with about eight other people all in their own rooms. For the first couple of weeks it was really challenging to get to know each other, but as the term has gone on and we have ended up cooking dinner together more and more, making pancakes together was an activity that really let us have fun and eat something good in the process. We even took it a step further and made three different types of pancakes. Another American student attempted the classic, fluffy American pancake. I went for the British style (which was voted by the flat to have been the best looking pancake of the night), and another flatmate of mine made vegan pancakes for all those with dietary needs in our flat. Those went over extremely well for vegans and non-vegans alike!

Overall Pancake Day is a holiday that kicks of Lent, very similar to Fat Tuesday celebrated down in New Orleans. People make pancakes on this day, which is also known as Shrove Tuesday, to use ingredients like eggs, milk and flour which were once very common to give up for Lent. It was a wonderful night of really creating a community with the other students I live with, and is definitely going to lead to more flat dinners with everyone. If you study abroad, I really suggest looking up the fun little holidays that we don’t celebrate in the states, and trying to find some people to celebrate them with. Sharing a holiday like this makes everyone happy, and will hopefully help you make some stronger bonds with the people you meet.