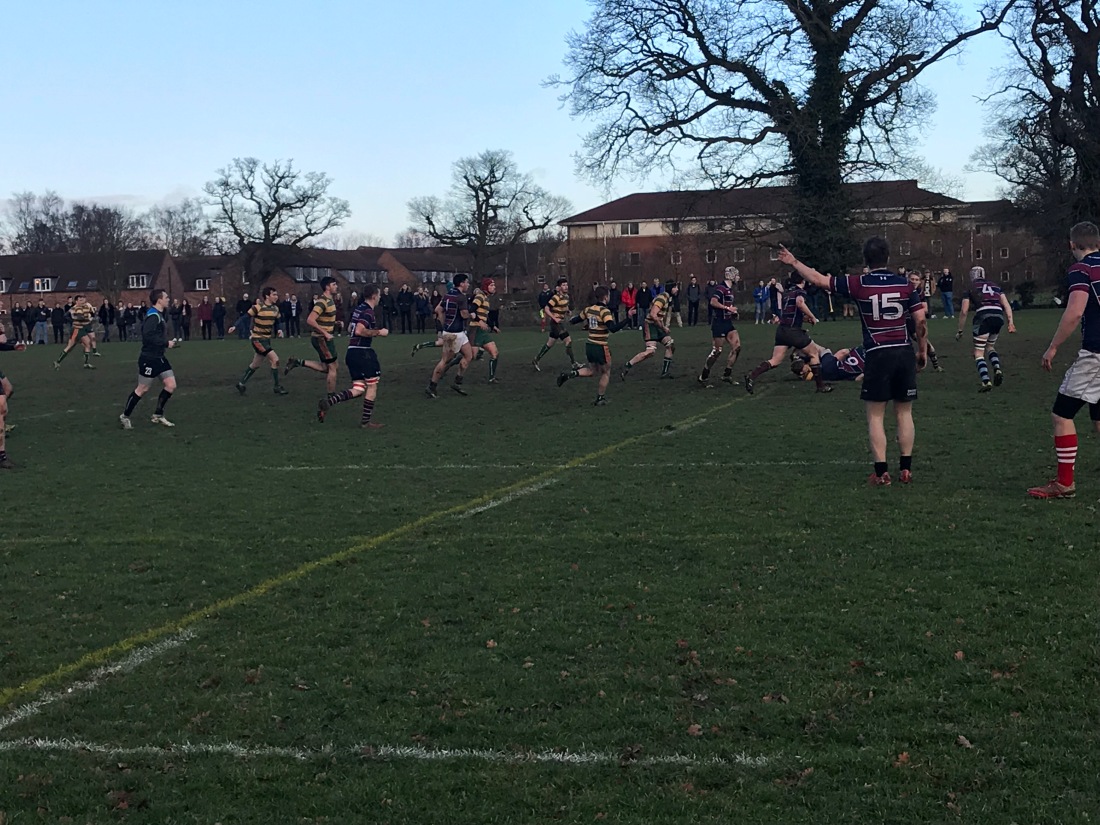 Little back story: Derwent, my college/dorm, won the semi-final in the inter school league. The last team to beat for the championship title was the east campus team. There were some nerves arising as this game neared because east campus is a very good team. The difference between the other college teams and the east campus team is that the east campus team consists of three different colleges. The east campus colleges are new, so they don’t have their own personal teams yet and just share one team per sport for all three of them. As you may be able to tell, that is disadvantage for everyone else because the east campus team gets to choose the best of the best from a huge population of three colleges. In short, they are good. On the other hand though, Derwent is the or dang near close to the best rugby team on campus. The perfect recipe for a great game! 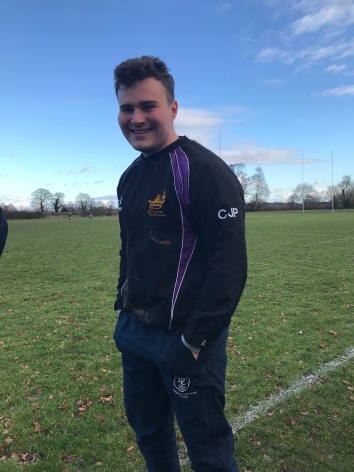 Charlie pumped to get in the game

It was a typical frigid day with mud sucking your feet further and further into the ground. Lovely. The only saving grace was that this extremely rare phenomena happened! The sun came out! Still didn’t help much…

Anyways to the real story at hand! The floormates and I get together and walk ten minutes to the “pitch” (the term used for the rugby field). The pitch is separated where Derwent fans (best fans) were on one side and east campus fans (lesser fans) were on the other.

Derwent is blue and red

Before we continue, I knew nothing about this game. NOTHING. I do not know if you all have ever seen a rugby match, but they are very aggressive. Unlike most physical sports, the players do not wear any protection besides a mouth guard. Side note: some were wearing what looked like those old fashion football helmets, but not many. I was blown away how rough this sport gets! Within the first twenty minutes of the game I saw one player sit out due to an injury in the game, at least three guys kicked in the face (hard), and an unprecedented amount of mud covered all over the players bodies. The first twenty minutes…

My favorite part of the game though was how involved you are as a fan! I am sure it was only like this because it was a school game, but instead of sitting, you would walk up and down the field to stay close to the players. Mainly to get a better view, but mostly to stay close to yell obscenities (the Brits are extremely clever with what they yell at sports players).

Although the game was made to be a very close game, it wasn’t. To no one’s surprise, Derwent took an early lead and maintained that lead all the way to the end. We won with flying colors and everyone went crazy! 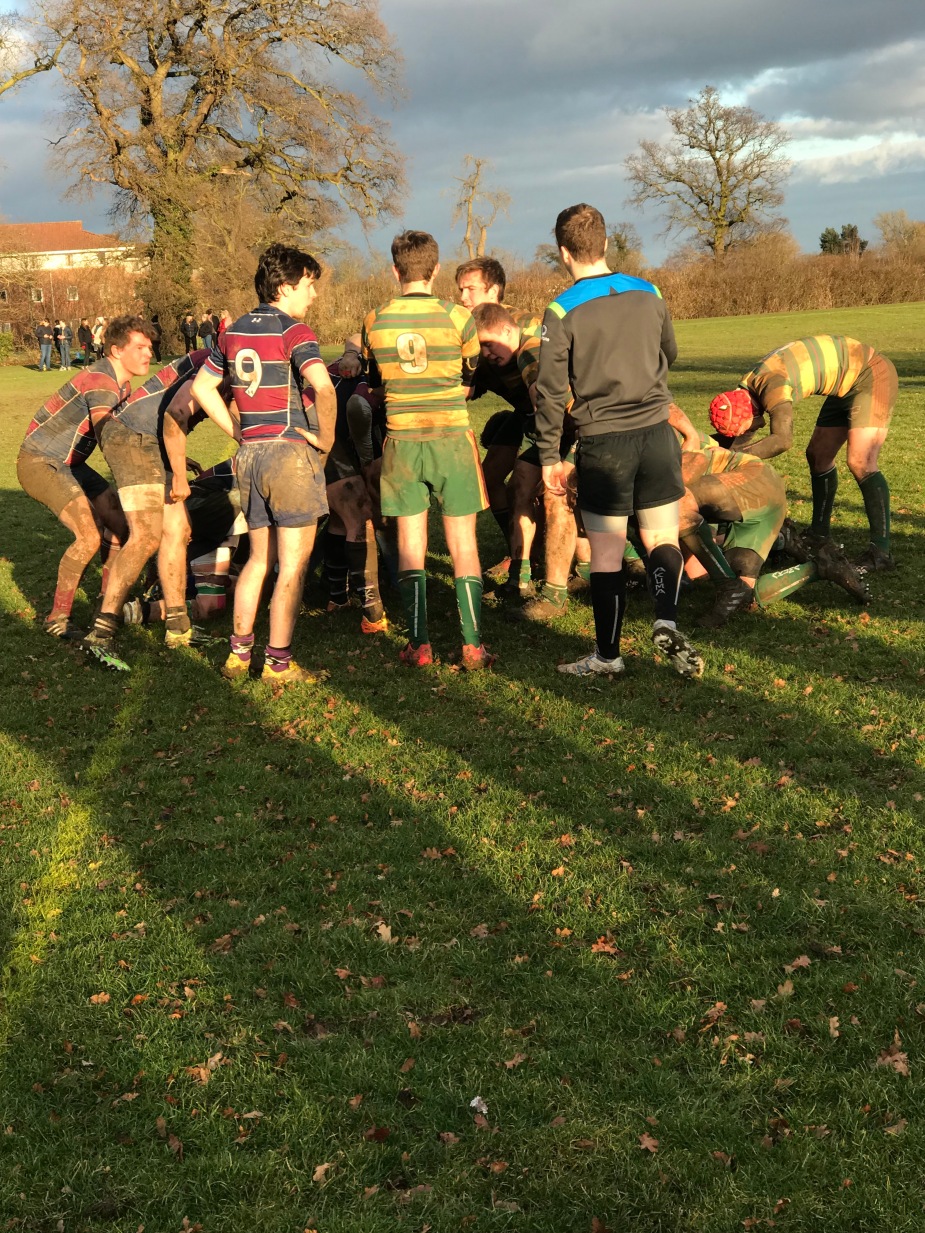 They are about to “hike” the ball

In the end, it was such a great first rugby game to see and I will definitely be watching more when I can. Rugby= Awesome Sport.