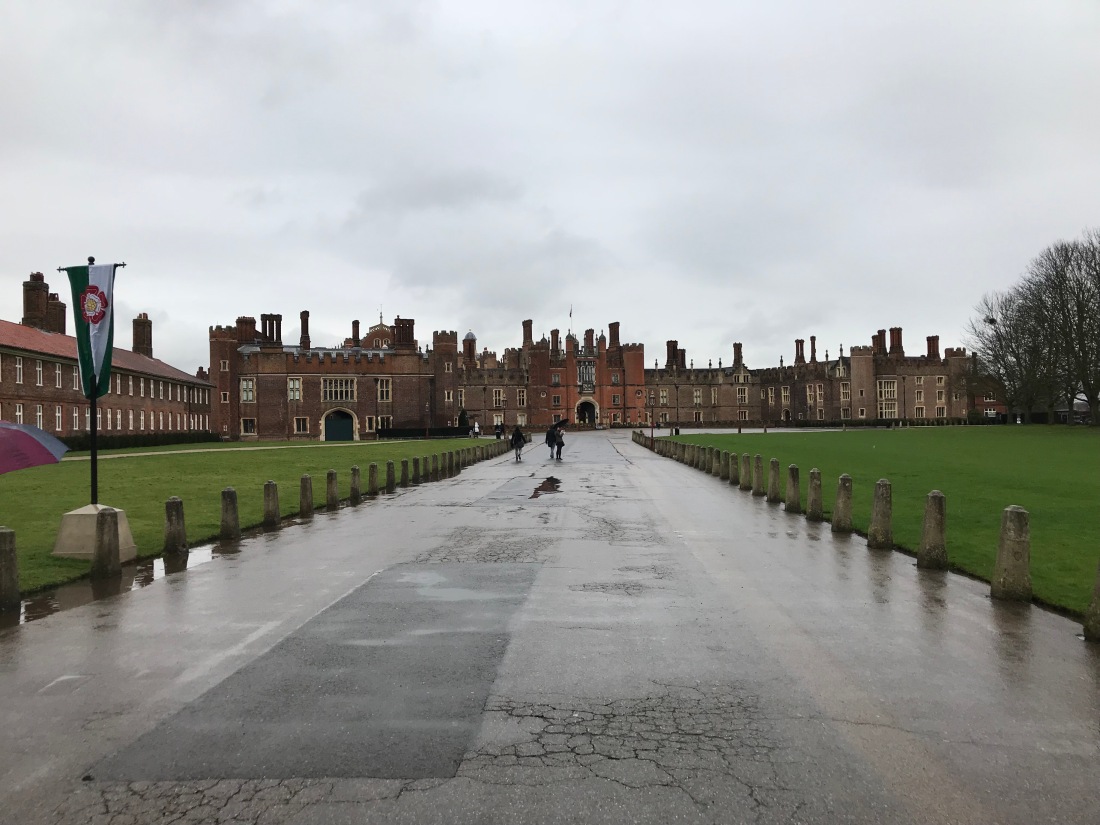 A few days before I had to depart this beautiful country, I had the luxury to visit Hampton Court. Now I know you have no idea what that is (neither did I), but it is one of Britain’s many treasures. Here’s why!

Back in the good ole times of the 1500s, this man named Cardinal Wolsey bought this elegant state home in hopes to transform it into a mansion suitable for the most powerful guests like the king of the time Henry VIII (the 8th). Cardinal Wolsey got his money through the church and because he was the Lord Chancellor of Henry VIII. When Henry saw how incredible this house was, he simply took possession of the house because, according to Henry, only the king should have such a magnificent palace. 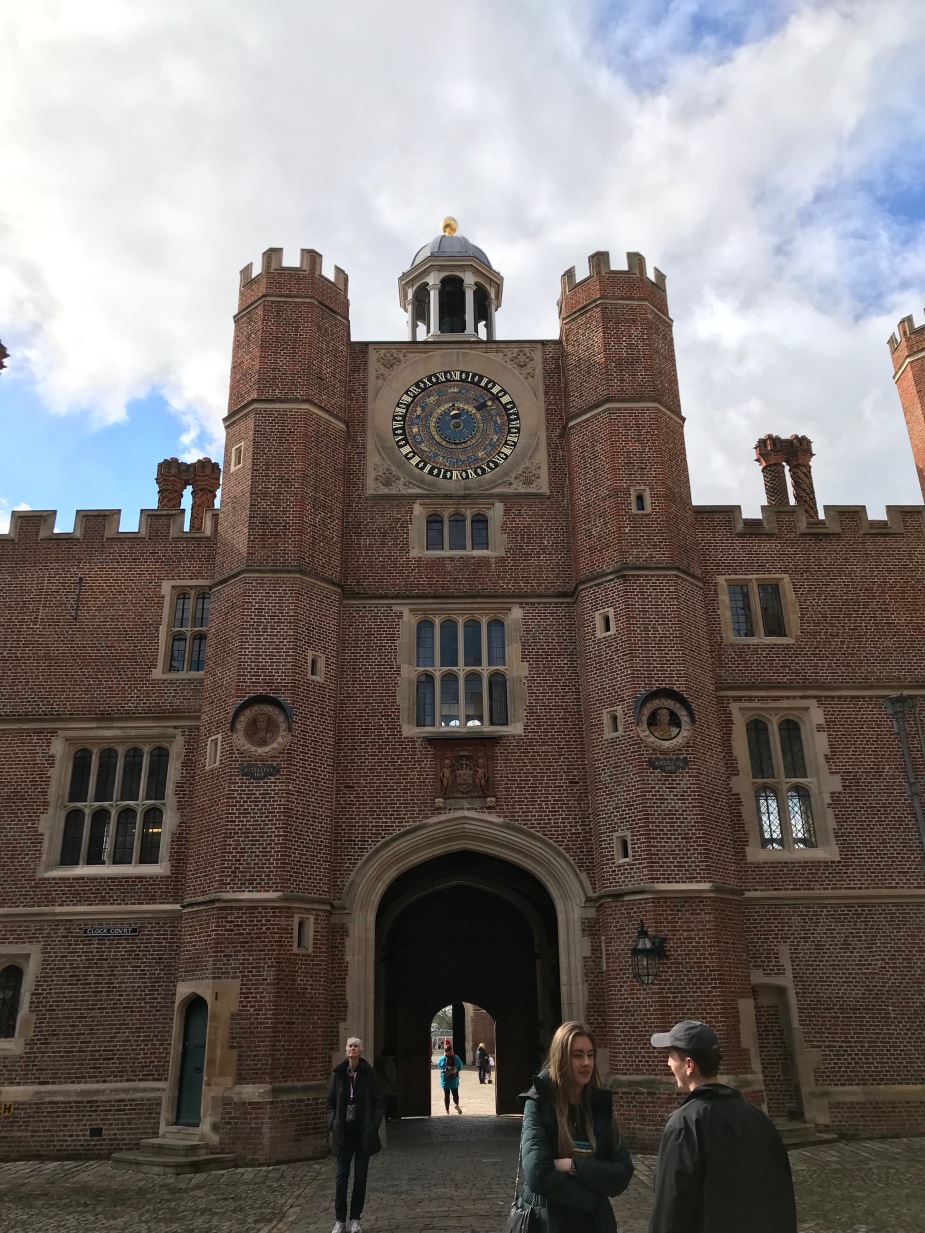 In around 1530 when Henry started living in the palace, it was his home, a hotel, prison, and an all-around leisure complex (equipped with a fountain of wine of course).

For those of you that may not know of Henry VIII, he was the crazy dude that had six wives. Divorced two, beheaded another two, one died, and the other just kind of happened. He was the father of Queen Mary (better known as Bloody Mary) and Queen Elizabeth (the original one that defeated the Spanish Armada and made Britain into a superpower). He was apart of the Tudor dynasty. If these do not ring a bell I don’t know any more facts about this, but I would be surprised if you didn’t recognize Henry by the whole six wives thing. 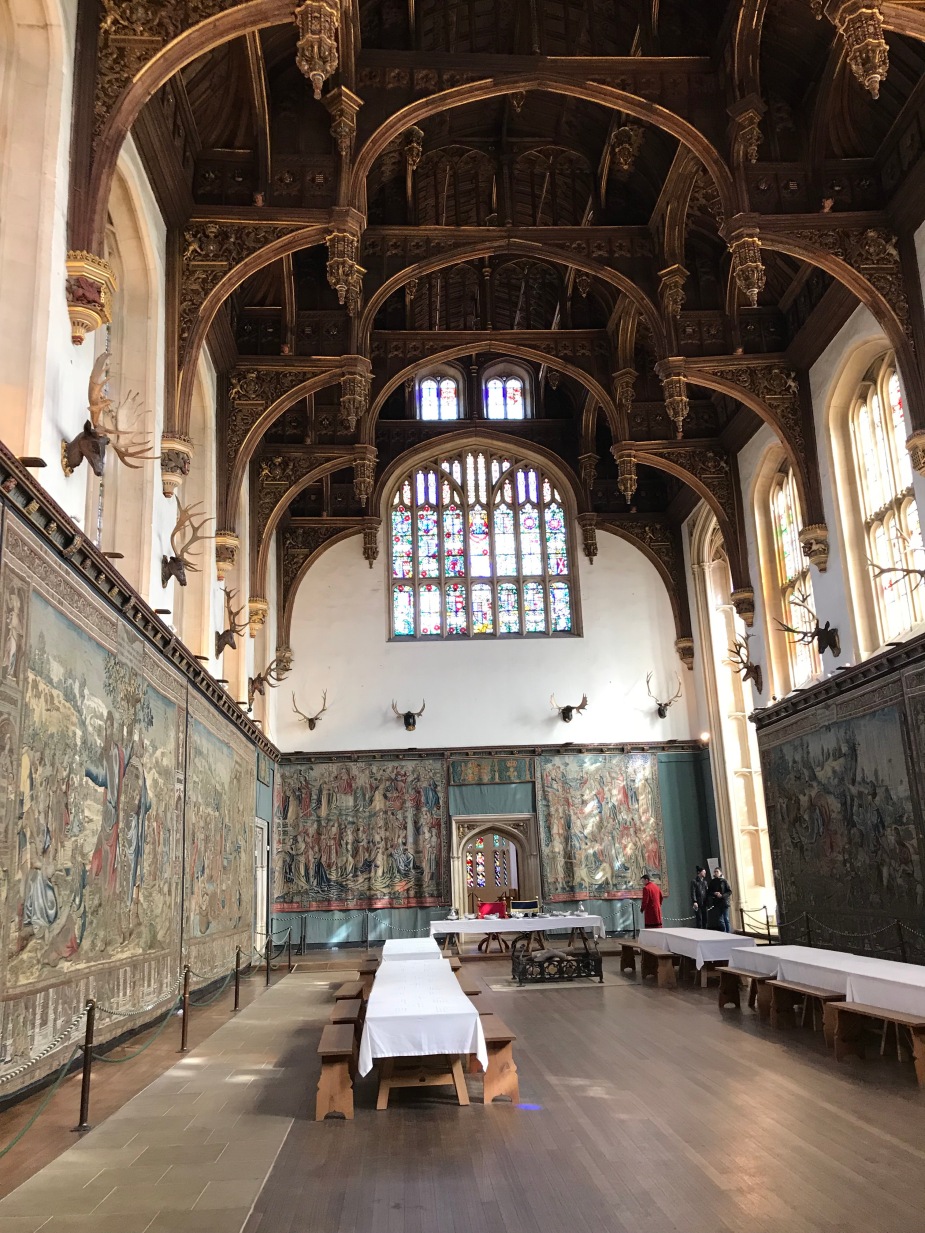 Anyways back on topic, he lived in Hampton Court until his ripe old days of 56 years old (well old for the period). After his death, the palace went through a slew of royal residents with almost each making their own mark on the place. 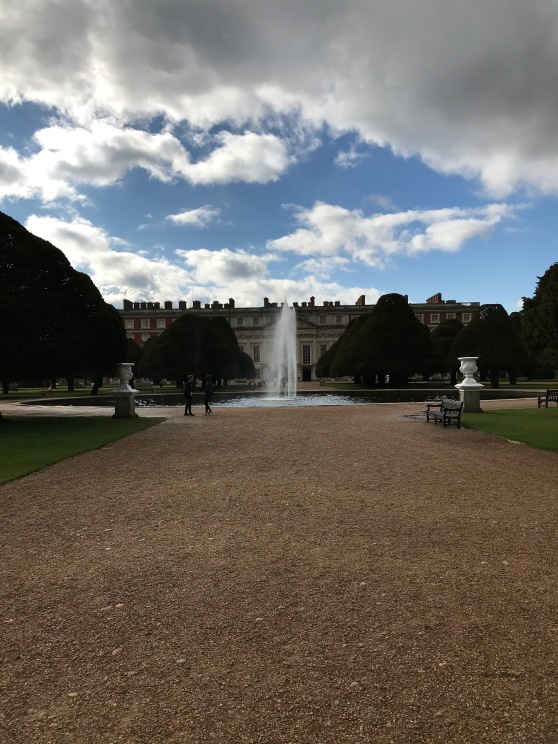 In no specific order, Charles II commissioned a massive canal for the arrival of his bride. George I added some grand state rooms to the palace and minor remodels. Few other royals may have done stuff here and there to Hampton Court, but the second biggest renovations other than Henry VIII’s are when William III, better known with his wife as William and Mary, took the throne. The two asked the now renowned architect Sir Christopher Wren to design them a more modern and baroque style palace. Initial talks were to destroy the palace and start fresh, but fortunately they simply added HUGE additions to the original palace. 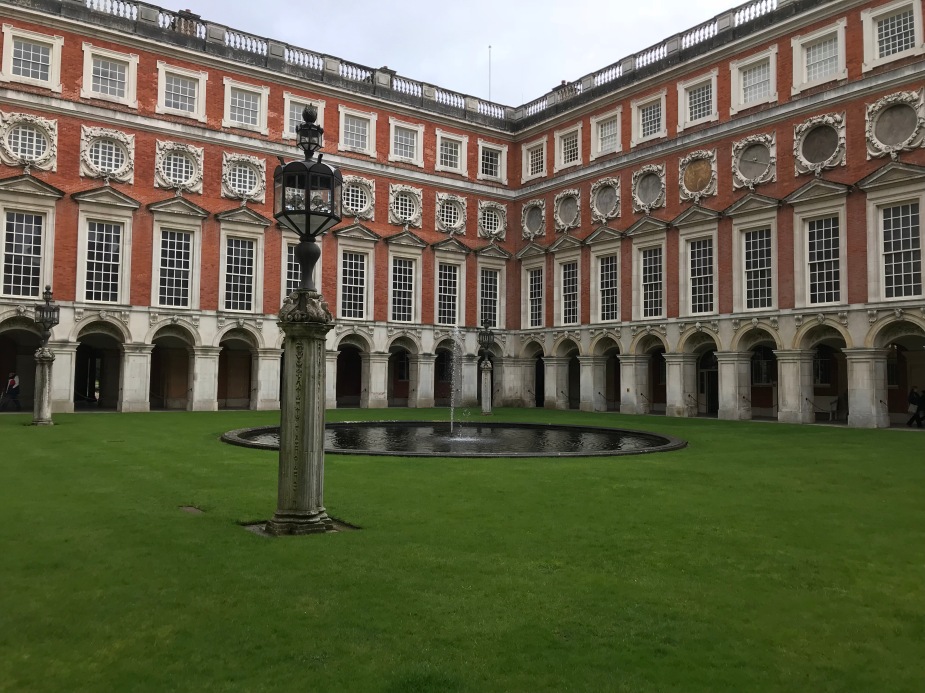 All added by William III

In the 1700s, the palace was no longer used as a royal palace and was used to house “grace and favor”. From my understanding of this term, it means people that the monarch allowed to live there. Although this no longer happens, there are still residents that call Hampton Court their home today! 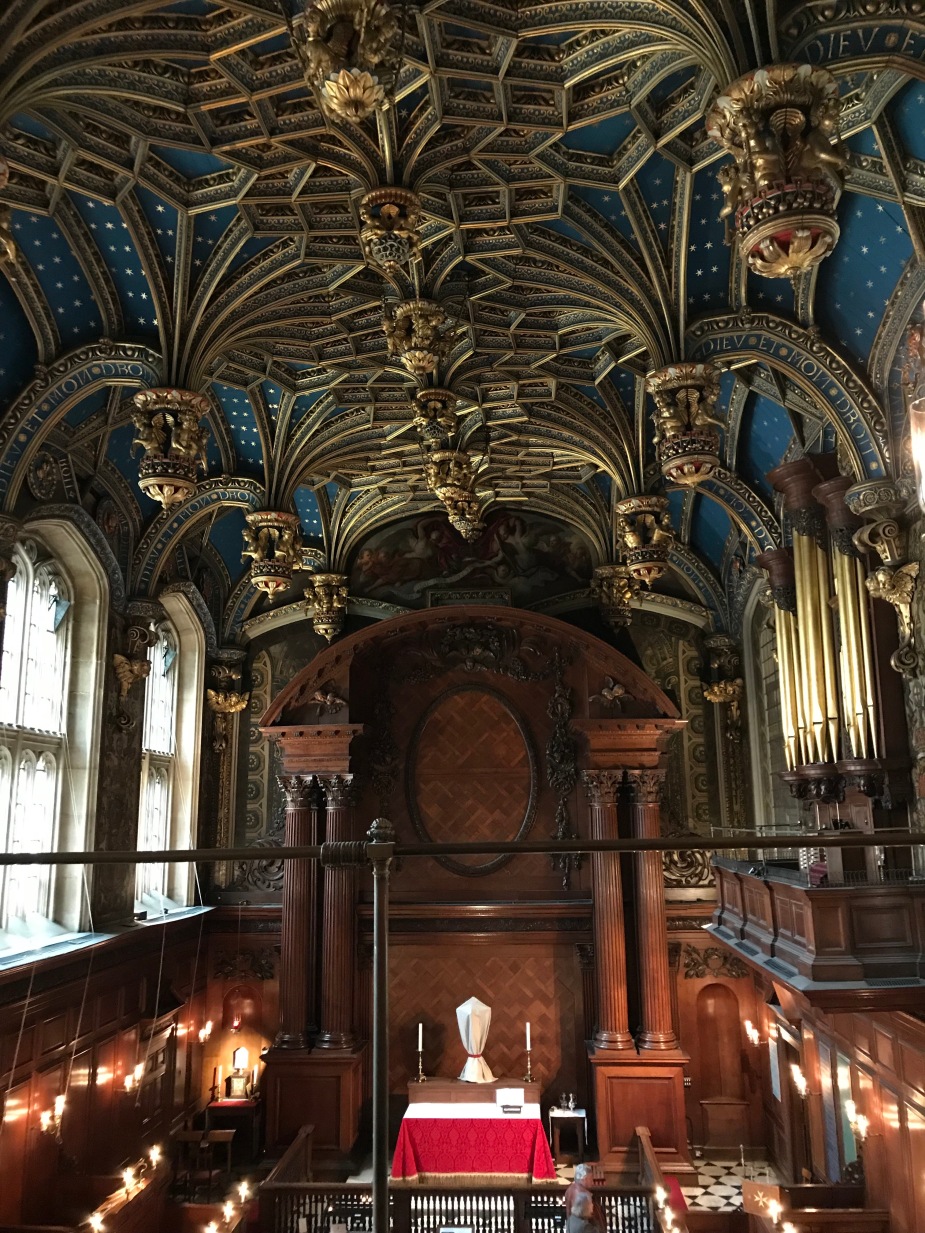 Although some people still live there, Hampton Court has been open to the public for at least a century now. Queen Victoria opened the gates to Hampton Court to the public to show how “gracious” of a monarch she was. Today, the palace is owned by her majesty Queen Elizabeth II herself and is visited by thousands of visitors from all over the world. If you ever get the chance to visit this spectacular palace, take it! Absolutely incredible place. Hampton Court = Must See. 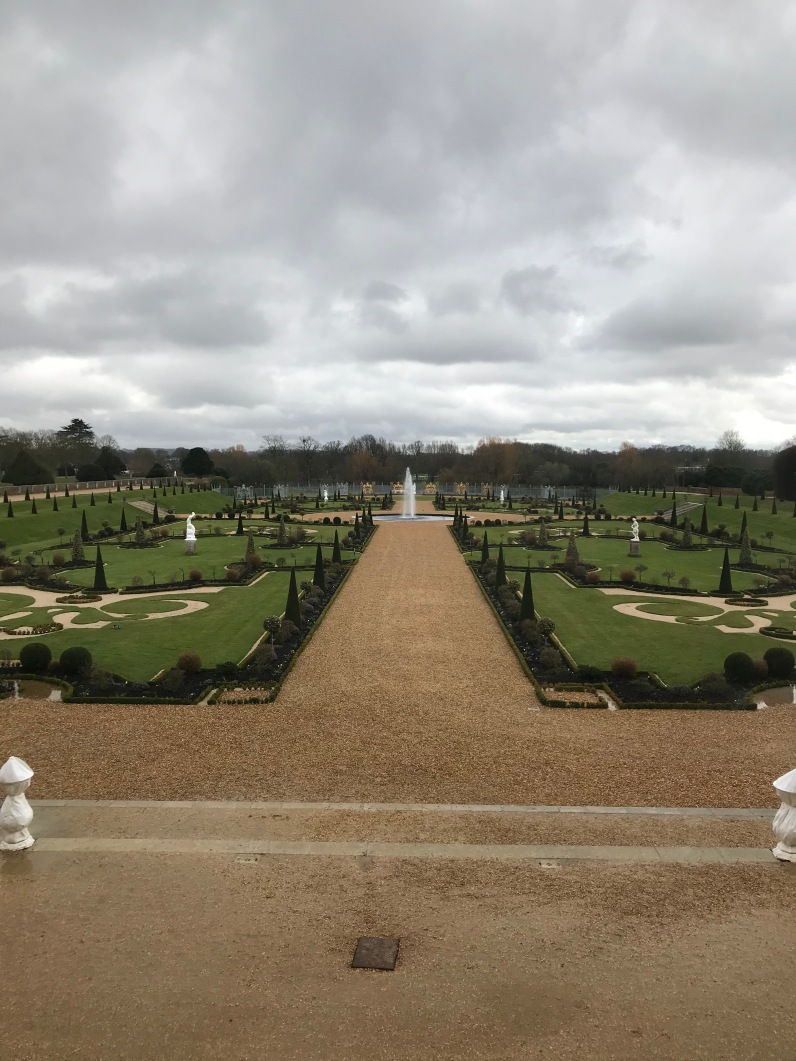 View of one of the gardens from inside 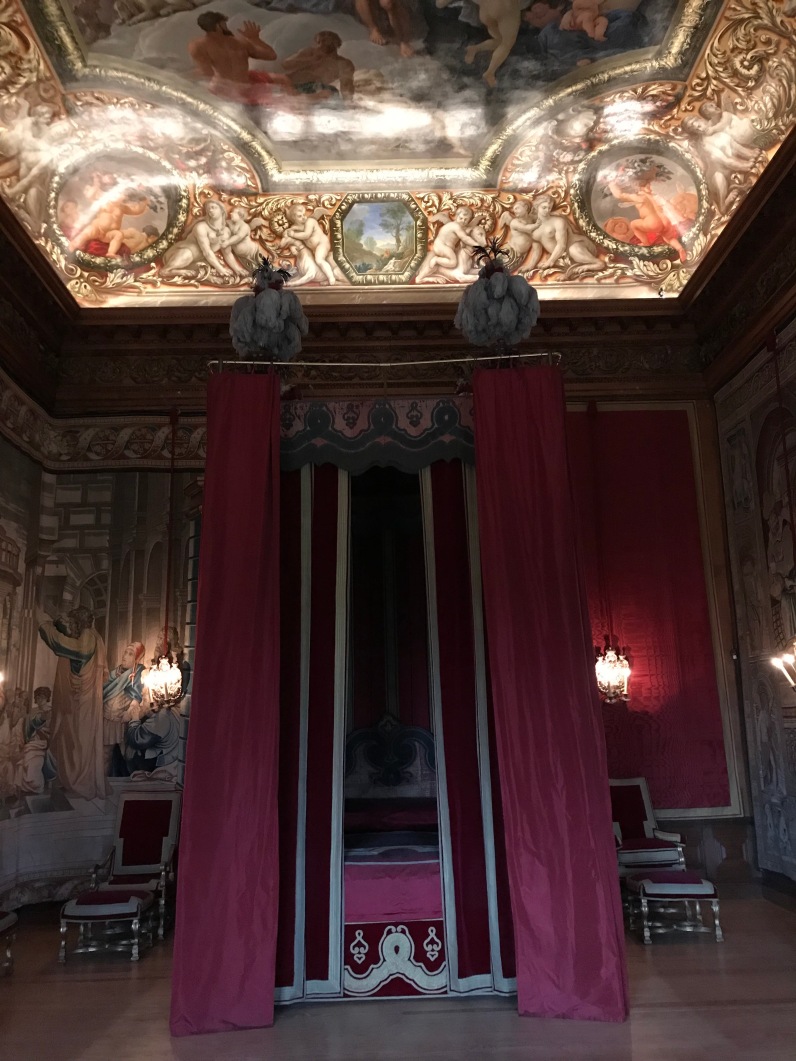 P.S. The reason why I know so much about this is because I am a nerd and I retain useless facts WAY easier than important knowledge such as the crap are on my exams.