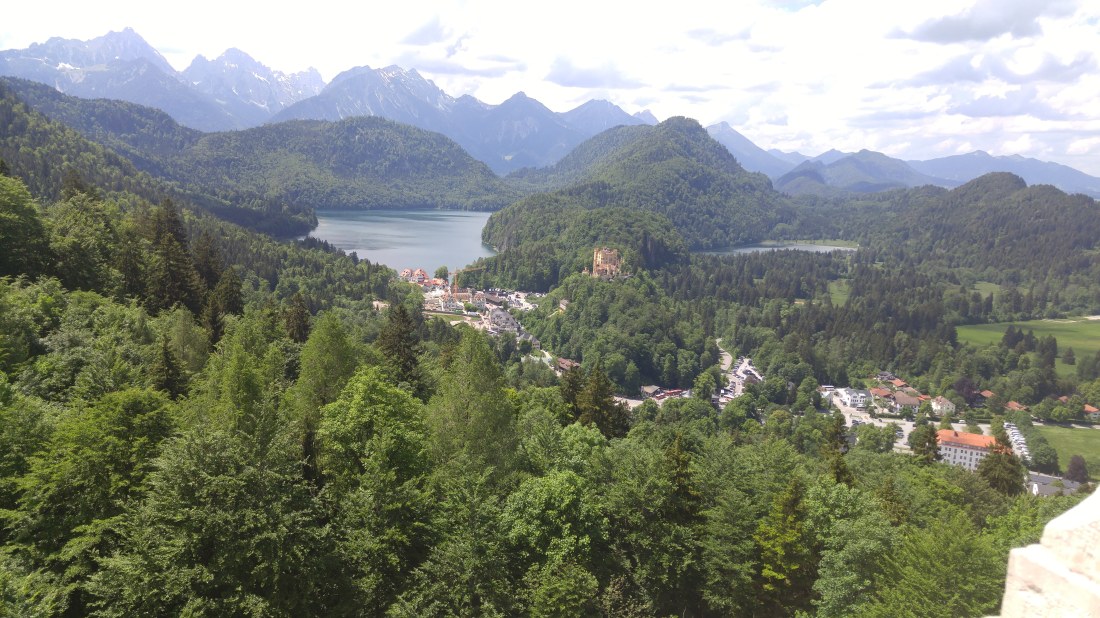 The great holiday week began with a turbulent start.

I spent two hours after we were working on our lab report packing my luggage. I did not pay attention to the fact that the local U-bahn trains alter their schedules based on the time of day and I did not even think about when to get on the train. I asked one of the other Drexel study abroad participants on when they were planning on leaving and they stated “now”. It was my mistake that I had not even finished packing. Seconds after, I rushed to the train station and took a train to Bochum Hbf, the main city center. Out of pure luck, I jumped into the intercity train, RE, that would travel to Dusseldorf as soon as it was about to close. When I arrived, I met with the other members of my traveling group and we walked to the Flixbus station. Despite this rushed travel to the train station, I was more worried about the 10 hour and 35 minute bus ride to Prague, Czech Republic where we would begin our week long trip. My worries became true when the bus ride experienced extreme changes in cold and hot temperatures that prevented me from sleeping well during the ride. After the bus ride ended, I was as exhausted as I was in the bus ride to Zurich a few weeks earlier. For future experiences, I would be willing to pay higher prices for more comfortable travel options like train or airplane to avoid the cramped nature of the bus.

Despite these mishaps, I was looking forward to sharing my week long trip with other Drexel participants. A part of our group was staying at a hotel near the city center while I and another person stayed at a hotel that was at least a ten minute car ride from the city center. In Prague, I used Sir Toby’s Hostel which was fashioned as a early 20th century style building. I was initially hesitant about booking hostels for my trip because I am concerned about the safety of my belongings near strangers that I have never known. Before I left, I bought a traditional key lock so that I could secure my belongings before I left the hostel to go on my adventures.

When the other Drexel student arrived later, we went to a Prague cafe and ate some delicious breakfast. I had pancakes while my other friend had an omelet. Later, we traveled to the Old Town (Figure 1) center of Prague via Uber where we had to pass security checkpoints and later saw antiquated architecture and a large castle. We later went to the Lennon Wall (Figure 2) filled with graffiti related to John Lennon and pictures of him. Later in the day, we went to a Lego Museum (Figure 3) in the city center and concluded a day in Prague. Unfortunately, the worst part of this day was having to deal with a shower that ejected cold water in its hot water setting and vice versa. 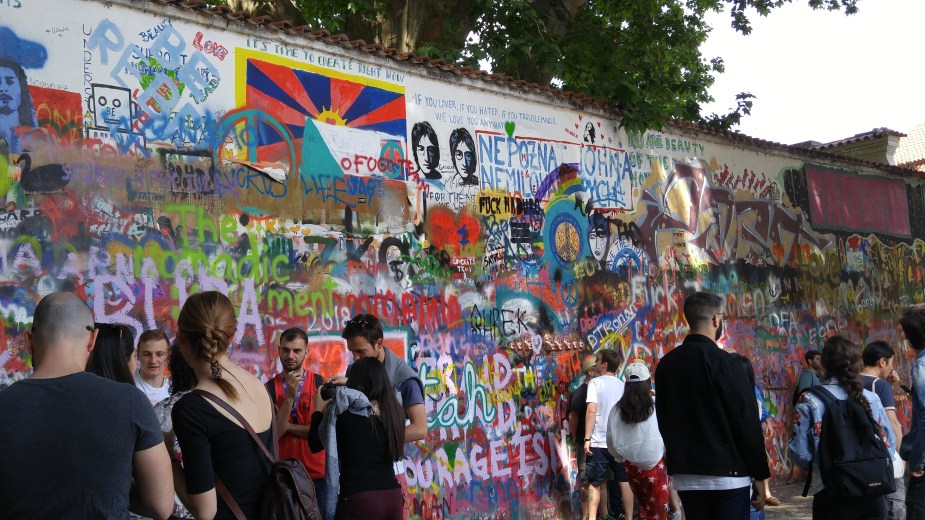 The next day, I traveled with the person I was staying with at the hostel to the city center where we roamed around. Then, we went to a communist museum (Figure 4) that detailed the destruction Communist policies wrought on Czech and its former self, Czechoslovakia. It was fascinating to read about how Czech and Soviet communists slowly established their control over the Czech people through propaganda and violence. The most interesting item I learned here was that although Czech and Soviet communists made the private sector illegal, it created a giant underground market where people would barter and sell services since they were not making enough money in the public sector. I wondered how the government treated individuals who engaged in this illegal market and if other countries around the world are experiencing the same situation.

The next day, we left on a RyanAir plane to Budapest, Hungary. Two of us were about to miss this plane because we were sitting at another gate waiting for the time to reach close to the departure time. Fortunately, we made it at the gate before boarding was about to close. When we arrived to Budapest we were unsure of how we would travel to our hostel. We looked around and found public transportation kiosks to buy bus tickets. Initially, we made a costly mistake and bought a 3 day ticket for another type of bus we didn’t have to use. After some maneuvering and help from others, we bought the right type of ticket we needed and we were able to travel to our hostel, Wombat’s City Hostel Budapest. Fortunately for us, we chose a hostel in the center of the city so major cultural attractions were nearby. We ended our night eating some burgers from a fast food place.

The day after, we went to St. Stephen’s Basilica (Figure 5) to take a few pictures. Then, we walked along the beautiful riverfront and saw shoes on one side memorializing those that died in the Holocaust. Afterwards, we traveled to a castle and saw a intriguing horse museum that discussed their impact on Hungarian culture. Then we went to Szechenyi thermal bath (Figure 6), a spa within a palace like structure, which was the first time I have ever traveled to a spa. It was definitely a relaxing experience spending time in hot water and comfortable saunas. We ultimately ended the day eating street food.

Figure 6: Szechenyi thermal bath. Heated spa inside with saunas, and indoor and outdoor pools. I felt very relaxed in there.

The next day, we traveled to another Old Town center (Figure 7) and to Margaret Island (Figure 8), an island in the middle of the river separating Buda and Pest. Ultimately, we ended our days returning to our hostel and taking our luggage to the Flixbus where we would travel next to Vienna.

Figure 7: We had a great walk through this Old Town area and seeing old gardens and buildings. Margaret Island is in the top left corner of the picture.

In Vienna, we traveled to the Palmenhaus Schönbrunn (Figure 9), a greenhouse built in 1882. There we saw exotic plants from across the world and were immersed in a relaxed atmosphere. We later spent a large part of our day exploring the area surrounding Schönbrunn Palace (Figure 10), a former imperial palace. It was amazing to examine the large palace from the outside and think about how the area may have looked hundreds of years ago. There could have been bartering between different traders or political elites walking through the vast gardens. We concluded our day at Prater (Figure 11), a large amusement park in Vienna, where we rode spinning attractions and I foolishly went on a terrifying haunted roller coaster ride. Unfortunately, the worst part of this trip was staying at a hostel that only had outlets in the bottom bunk bed which made them unreachable to me. Next time, I will choose a hostel that has outlets on the top bunk bed.

Figure 9: Palmenhaus Schönbrunn. Greenhouse filled with exotic butterflies and plants. I could feel the oxygen. 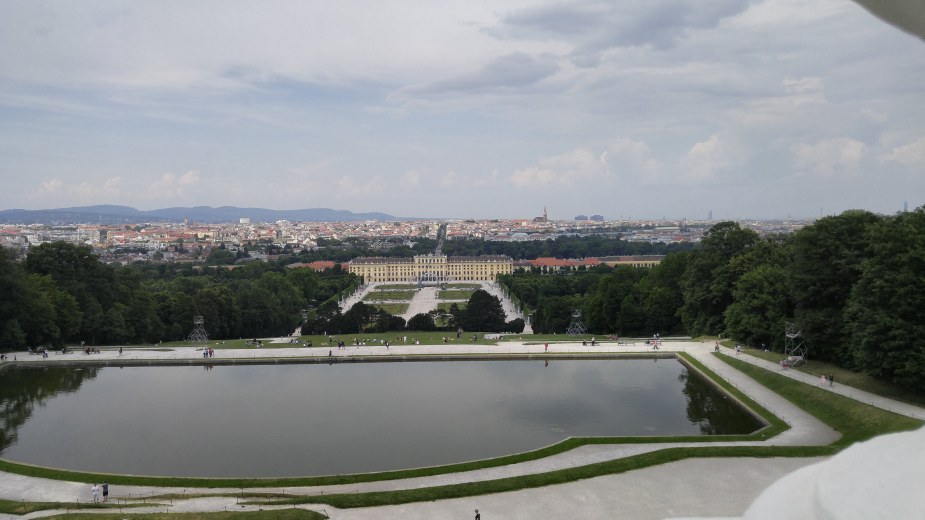 The next day we traveled via ICE, a German high speed train, to Munich where some members of our group chose not to go. We first traveled to the area of the BMW headquarters (Figure 12) where they had a museum that detailed their history and future research. One of the noteworthy parts of this visit was seeing their vision of self driving vehicles. They predicted that by 2030, we will have complete self driving vehicles that may not have steering wheels and rely entirely on technology and excellent mapping tools for navigation. We’ll see how these predictions turn out especially since these mapping tools have not been fully developed.

Figure 12: BMW museum. The empty seat with no steering wheel or person represents the future vehicle that does not need a person to operate it.

On our second to last day in Munich, we traveled to Neuschwanstein Castle (Figure 13), a castle built by Ludwig II of Bavaria. There we learned about how this king spent large amounts of money building a palace that was quite modern for its time and other beautiful architecture. I enjoyed walking up the long hill for 20 minutes to reach the castle and take pictures of it. We then entered the castle which was the first time I have ever been in one. After this visit, I enjoyed a canoe ride we took at Alpsee (Figure 14), a lake near Neuschwanstein. I never rowed a canoe but the other Drexel students did so I simply enjoyed the view on the boat. Afterwards, we took our Flixbus back to the hotel and left the next day via the Munich International Airport to Dusseldorf where we took a train back home to Bochum.

Figure 13: Neuschwanstein Castle. A intricately crafted castle. How could materials and personnel have been transported to build this castle at a time when major construction technology did not exist to build such structures? 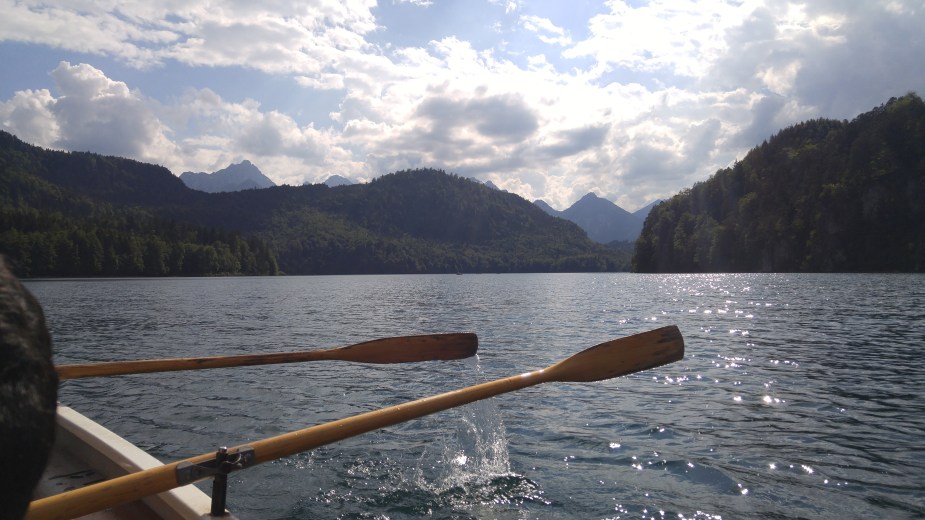 Figure 14: A pleasant boat ride. Austria and the Alps can be seen in the background.

Overall, I enjoyed this trip and seeing several different countries in Europe along with numerous cultural attractions. I also appreciated sharing these experiences with other Drexel students and learning about different European cultures. It was also interesting to see how all of these countries were interconnected in some way through their histories and architectures. For future trips, I will create a similar spreadsheet like the two members of our group did to organize a week long trip and have it proceed successfully.