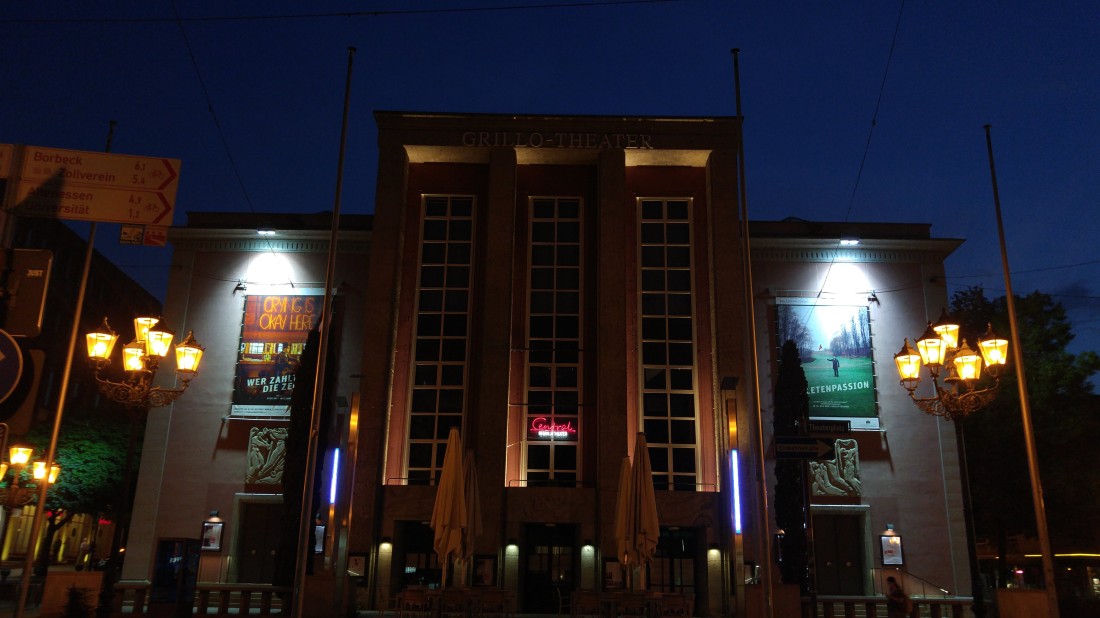 This was probably my most aggravating week here.

On my last day in Munich, my computer showed its initial signs of failure. It kept stating that its charging percentage was at 0% and it took three tries to turn on the computer and show a display (Figure 1). When I returned home to Bochum, my computer died completely and temporarily turned on for an hour before its display went completely black. I was initially unsure of how to resolve this issue. I first googled around and noticed that online forums stated that this was the result of a battery that needed to be removed and reinserted. Other forum posts mentioned a much worse scenario in which a permanently damaged motherboard causes a failure in the computer display. I was initially optimistic and believed that I was experiencing a battery issue. 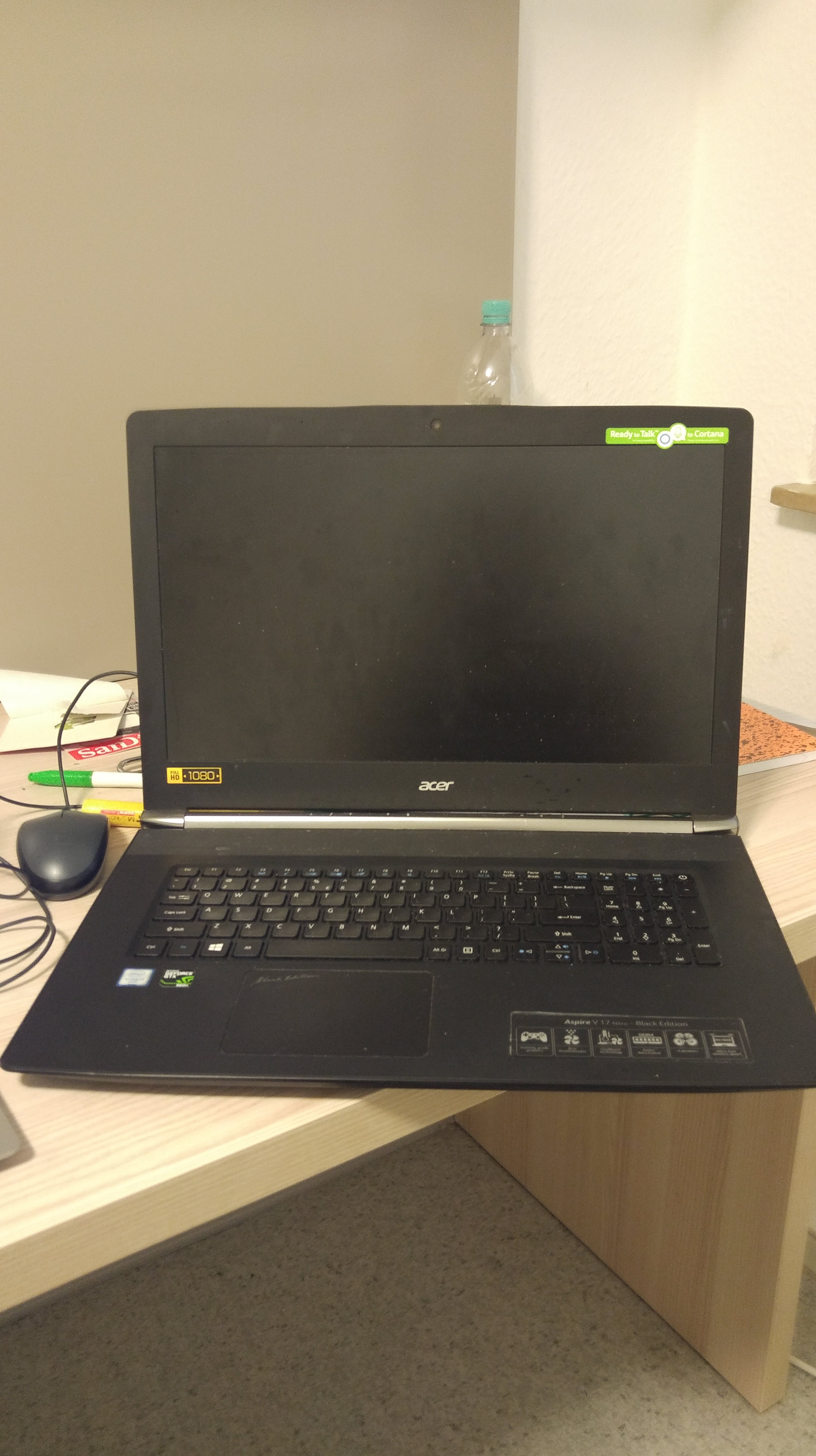 Figure 1: When you ask your laptop to turn on and it doesn’t.

To resolve this issue, I had to remove the battery from the laptop. However, it was internally built into the laptop behind a dozen screws closing a bottom case onto the laptop. Unfortunately, I did not have a screwdriver to open these screws. As I searched for alternatives, I found that I could use a knife as an alternative to a screwdriver. I took a knife from the kitchen and slowly removed the dozen screws located on the back of the laptop. Consequently, I also damaged the wells surrounding the screws. After I removed them, I tried to remove the case from the laptop. However, I noticed that there was a wire near the front of the laptop connecting one laptop part with another which prevented me from fully removing this case. After a few hours of trying to figure out how to remove this case away from the wire, I gave up.

The next day, Sunday 27MAY18, I decided I had to go to a computer store to fix my laptop. Since most stores are closed on Sunday in Bochum, I only had a few options. This was also the first time I experienced an issue like this in a foreign country so I knew it would be challenging to resolve. I found a computer store on Google Maps a mile away from the apartment I stay at, Grunewald, where I went to via bus. The computer store was located within the basement of an apartment which I personally believe foreshadowed that my laptop issue wouldn’t be resolved. The man that I went to did not speak English so he had to call his son who could speak a little English to communicate with me and fix my laptop. I also used Google Translate which helped me somewhat communicate my issue to him.

He eventually connected my laptop to a monitor which was not showing any display. He also noticed that the screws from the bottom of the laptop were missing and I told him that I removed him. Then, he sadly mentioned that my laptop was experiencing a motherboard issue and that removing the screws could have also damaged internal components. It looked like it was the end of the line for my laptop.

After I said thanks for looking at my issue, I decided that I would go to another computer store to hear their thoughts. The next day after German class, Monday 04JUN18, I walked to a computer store close to my class. Unfortunately, the employee there also stated that my laptop was experiencing a motherboard issue and he said replacing a motherboard might cost 300 Euros and would require replacement of other sensitive parts which would add an additional 300-400 Euros in costs. I decided against that decision and his recommendation that I back up my hard drive when I could do that when I return to America.

Afterwards, I was extremely stressed that I did not have a laptop to work with because I needed it for all my classes and additional work. I talked with my roommates and they recommended that I either purchase a laptop or work in the Ruhr library. After a few hours of researching laptops, I eventually settled on reattaching the case to the laptop and re-screwing the screws onto it. I found that laptops ordered online might take a week to arrive so I decided it would be better if I purchase one in person.

Therefore, on Monday, 04JUN18, I went to an electronics store, Saturn, in Bochum Hbf to look for the cheapest laptop I could purchase. I later found a small, and slow, laptop (Figure 2) that could temporarily serve my needs until the program’s conclusion. When I arrived home in Philadelphia, I would look to contact my laptop’s insurance company and fix my laptop. If they couldn’t fix it, I would look for a much more permanent laptop.

Figure 2: A disappointment of a laptop.

On a much more positive note, I traveled with my two roommates to an Indian restaurant in Essen, Germany on Thursday, 31MAY18. I find that it’s a tradition for me to eat Indian food in whatever new place I am in. I also wanted to share this experience with my other roommates with whom I have known well for the past several weeks in Bochum. At the restaurant (Figure 3), we each ordered a type of rice and naan. I ordered chicken biryani and garlic naan, my Italian roommate ordered rice and a vegetarian dish, and my Irish roommate ordered rice. We also had an included crunchy flatbread as a starter.

However, my Irish roommate disliked the flatbread since it had a strong garlic taste. Additionally, the rice had inklings of colored rice within it which he found repulsive. Furthermore, he purchased two bottles of water that were too expensive which made his experience even worse. However, my roommate and I enjoyed our meals which could have been spicier in retrospect. Before ordering, I should have advised my Irish roommate to order completely plain rice and only one water bottle so that he could somewhat enjoy his experience.

Afterwards, we went to a small ice cream shop in Essen to order some ice cream and relax for a few minutes. Then, we (Figure 4) strolled around Essen’s city center talking about the weeks ahead. My Italian roommate is traveling to Greece and Portugal, and my Irish roommate’s mother is coming for a day in the next few weeks. I’m excited to see how the coming end of the program proceeds. 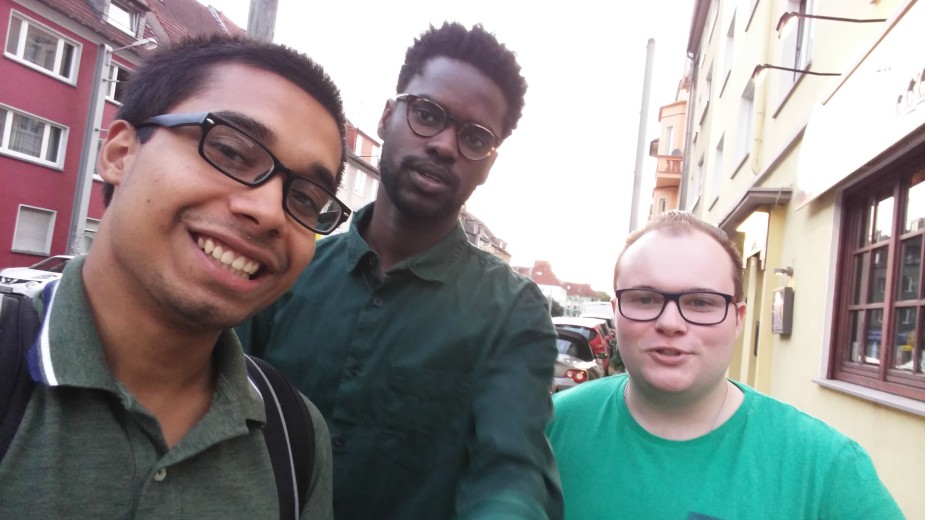 Later in the night, I actually learned that the ice cream we ate was completely vegan which surprised me because it tasted like regular ice cream and I have never tasted actual vegan foods. Perhaps, I will be more open to vegan substitutes in the future if they have similar costs to existing foods. Overall, I enjoyed eating food with my roommates and remembering this time spent together in the years ahead.