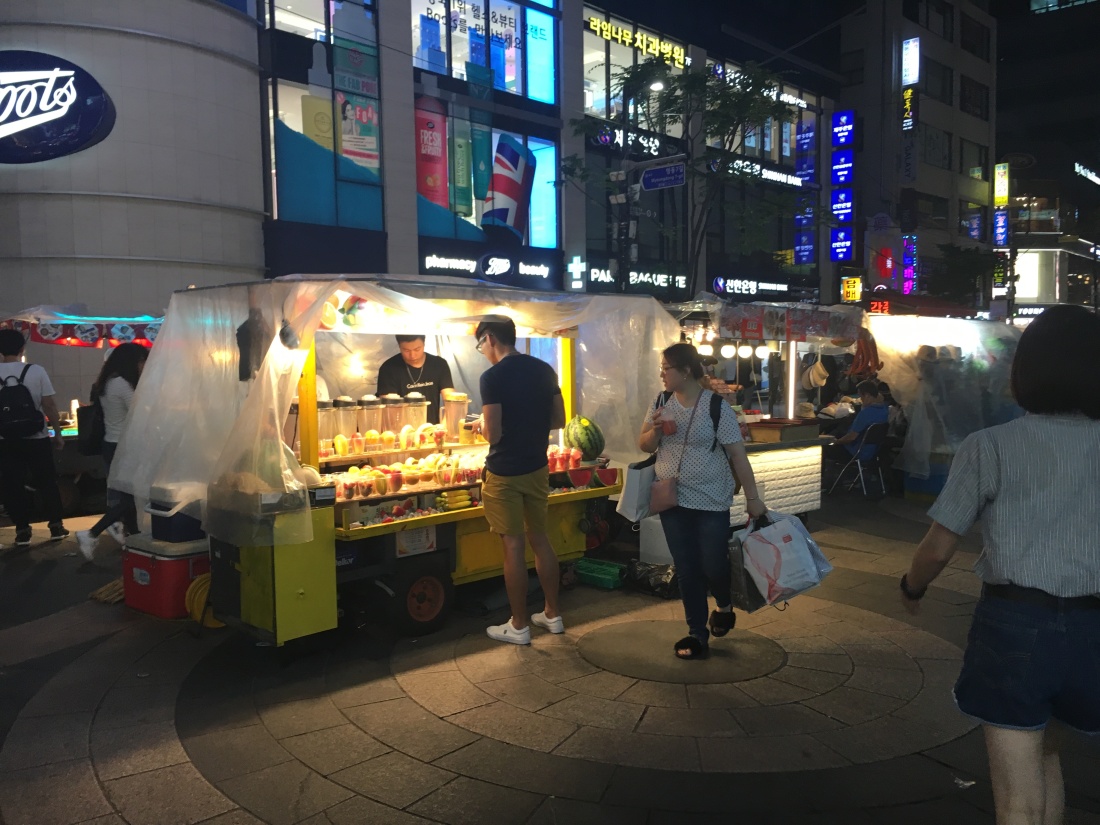 As my time in Korea is slowly coming to an end, I have begun my task to come home with a few presents for my family. The two places that I recommend going to are Insadong and Myeongdong, which seems to have almost everything you would need for souvenirs.

First up, Insadong, the traditional district in Seoul, has gifts that you would only be able to find in Korea and nicely represent Korean culture. I found quite a few things in Insadong for my friends and family. The first, is a Korean-styled bookmark which I can’t show because the shop vendor so kindly wrapped it at the store. It had it’s own case and the words in the case said that you could even add some perfume to the fabric. I also got, as my parents had specifically requested, Korean wind chimes. You can see that almost all of the wind chimes in Insadong have fishes at the end of the bell and I was told that this is supposed to be a sort of prayer for rain, which I thought was really interesting. The vendor who sold me the wind chimes also gave me a Joseon-era “lucky” coin as a present! Other things that they might sell in Insadong include personalized stamps, Buddhist bead bracelets, decorated fans, chopsticks, and more.

My next stop for some more modern presents was to Myeongdong. We first went to the underground shopping area, where they have quite a few K-pop stores and some cute souvenir stores that have things like key-chains and other cultural toys. I bought some K-pop idol stickers that are meant to go over your T-money card (or in my friend’s case, it would be their SEPTA card). 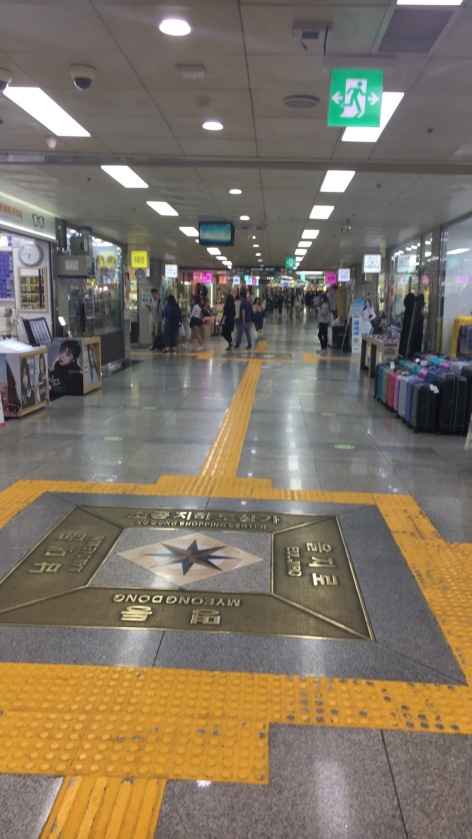 We walked around and found the SMTOWN (Korean entertainment company) store, which just happened to be having a pop-up jewelry store. It was right next to a YG (another entertainment company) store, and the Kakao and Line (social media companies) store. Because Kakao and Line have popular mascot characters in Korea, their items make for good souvenirs. What’s also common in Myeongdong is street vendors. Of course the food is also great, but one thing that makes a good present are the vendors that sell 11 socks for 10,000 won. They have pretty silly looking socks, as well as cute looking ones and I just got a mix for my siblings to pick out from. There’s a lot of make-up/skincare stores in Myeongdong as well which is great for any friends and family that like those things. 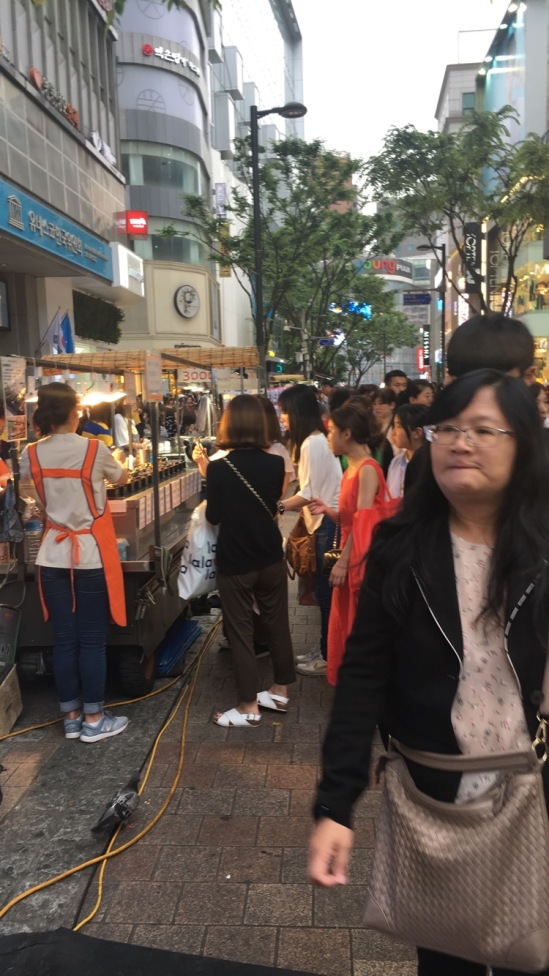 I apologize for not having many pictures in this post as most of the gifts were packed away and I was hoping to make this trip as efficient as possible in the time I had. And efficient it was, as Insadong and Myeongdong helped me cross off everything off my souvenir list in a night while also allowing me to enjoy some great street food during the process.