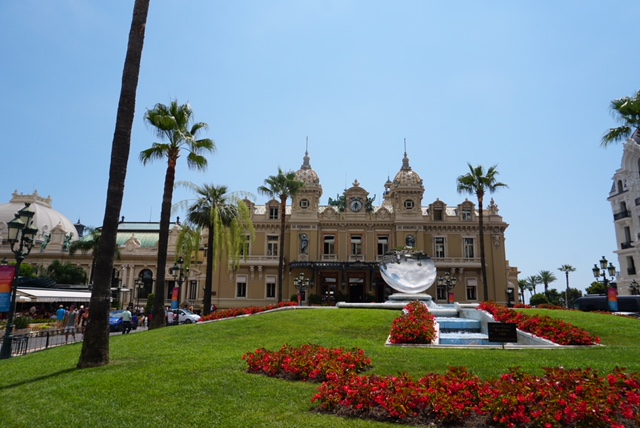 The second weekend of the program we were free from Friday to Sunday. This allowed time to travel independently to where ever we desired. Some students opted to stay in Montpellier and explore, while some travelled to Paris or other parts of Europe. A group of nine of us decided to head for Nice, France. Nice is a city along the French Riviera. In France, this region is known as La Côte d’azur. This region includes Nice, Saint-Tropez, Cannes, Monaco and other lesser-known towns.

We took a Flixbus to Nice, which took around 5 hours. Flixbus is a private bus company in Europe. We stayed in an Airbnb in the center of town. The apartment was only about four blocks from the beach. We arrived around 8:00 pm, so the sun had not gone down yet. The first thing we did, after dropping off our bags at the Airbnb, was walk down to the shore. At this point, the sun had started to set. The beach was a rock beach and the large rocks hurt our feet as we walked down towards the water. The sea was warm and quite clear.

That night, we ate delicious Mexican food and got gelato. Nice is extremely close to the border between France and Italy. It did not technically become part of France until 1860. Due to its close proximity, there are many Italian cultural influences present in the city. There were places to eat gelato and Italian restaurants on nearly every street. Much of the architecture also appeared to be Italian inspired.

During our time staying in Nice, we also visited Monaco. Conveniently, there was a bus that ran between the coastal cities on the French Riviera. It cost 1.50 euros to travel from Nice to Monaco and was about a 45-minute bus ride. However, on the way there the bus was packed with tourists and we had to stand for most of the ride.

Monaco was an extremely extravagant city. The streets were lined with luxury car dealerships and fashion brands. We saw the Monte-Carlo Casino, only from the outside. We also spend time on a beautiful beach in Monaco. This beach was also a rock beach, but the rocks were much smaller than the ones in Nice. This made it a bit more comfortable on our feet. The beach was a bit more crowded than the one in Nice, though.

Overall, both of these cities were beautiful and the views of the Riviera were breathtaking. These cities also attracted many more tourists than Montpellier.

View all posts by Olivia Spratt