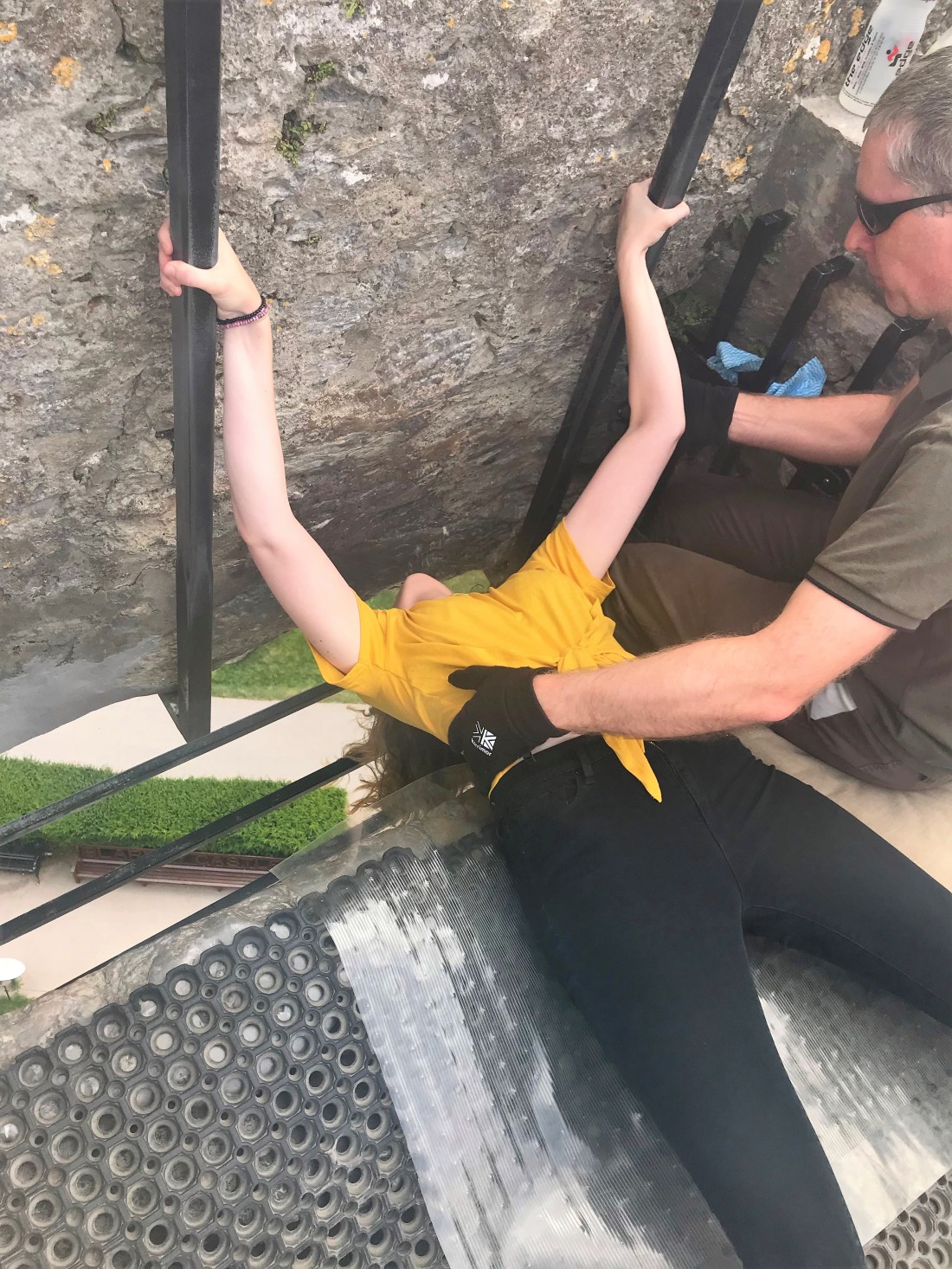 Last weekend was a free weekend, (aka we didn’t have any class trips) so my friend Maggie and I decided to take a weekend trip to Cork city! There are some really affordable buses from Dublin to Cork (with student discounts) and we were able to book a last minute AirBnB just outside the city.

We arrived to the city around noon and since we couldn’t check in to our AirBnB until later, we decided to go full backpacker and travel light. Upon arrival, we immediately figured out how to get to Blarney Castle, our number one tourist destination while staying in Cork. The Castle is technically outside the city, so we figured out how to take a bus to it. 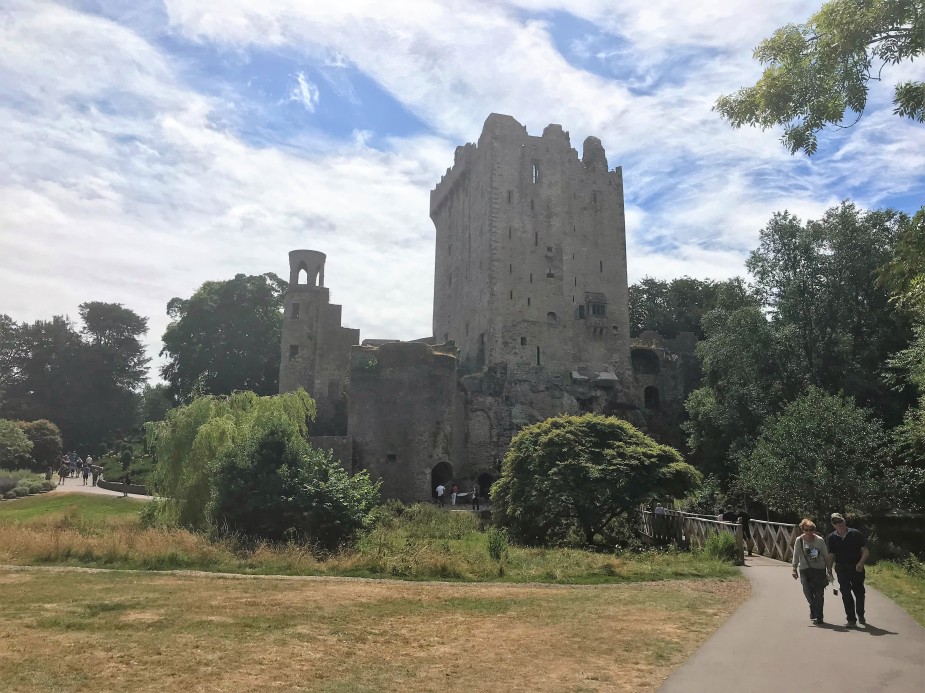 When we arrived, we were informed that there was a two hour wait to go to the top of the castle and kiss the Blarney Stone. We were not leaving Ireland without kissing the Blarney Stone so we decided to wait it out. The wait ended up being much shorter than two hours, plus we made some friends while we were in line. While talking to these people, they showed us a picture of what you have to do to get to the Blarney Stone… and I was a bit taken aback!

I had heard that it was difficult to get to, but I figured that it was just because you had to climb to the top of a medieval castle via a tiny spiral staircase. Well, I was right about that part, but I didn’t realize that you have to dangle upside down through a hole in the top of the castle to kiss the stone! Still, we were determined.

The castle itself was absolutely wonderful, and I find it amazing that all of these medieval castles in Ireland were constructed so well that at least parts of them have stayed standing. While waiting in line to kiss the stone, you basically get to tour the entire castle, and learn about what each room’s purpose would have been.

The Blarney Stone, which has become a huge tourist destination over the years, was built into the castle by Cormac MacCarthy. The Blarney Castle website says, “Some say it was Jacob’s Pillow, brought to Ireland by the prophet Jeremiah. Here it became the Lia Fail or ‘Fatal Stone’, used as an oracular throne of Irish kings…It was also said to be the deathbed pillow of St Columba on the island of Iona. Legend says it was then removed to mainland Scotland, where it served as the prophetic power of royal succession, the Stone of Destiny. When Cormac MacCarthy, King of Munster, sent five thousand men to support Robert the Bruce in his defeat of the English at Bannockburn in 1314, a portion of the historic Stone was given by the Scots in gratitude – and returned to Ireland.”

Apparently, it holds the gift of “blarney” if you kiss it. Blarney, the opposite of baloney, is the gift of eloquence. I guess that’s where the saying “that’s a bunch of baloney” comes from. 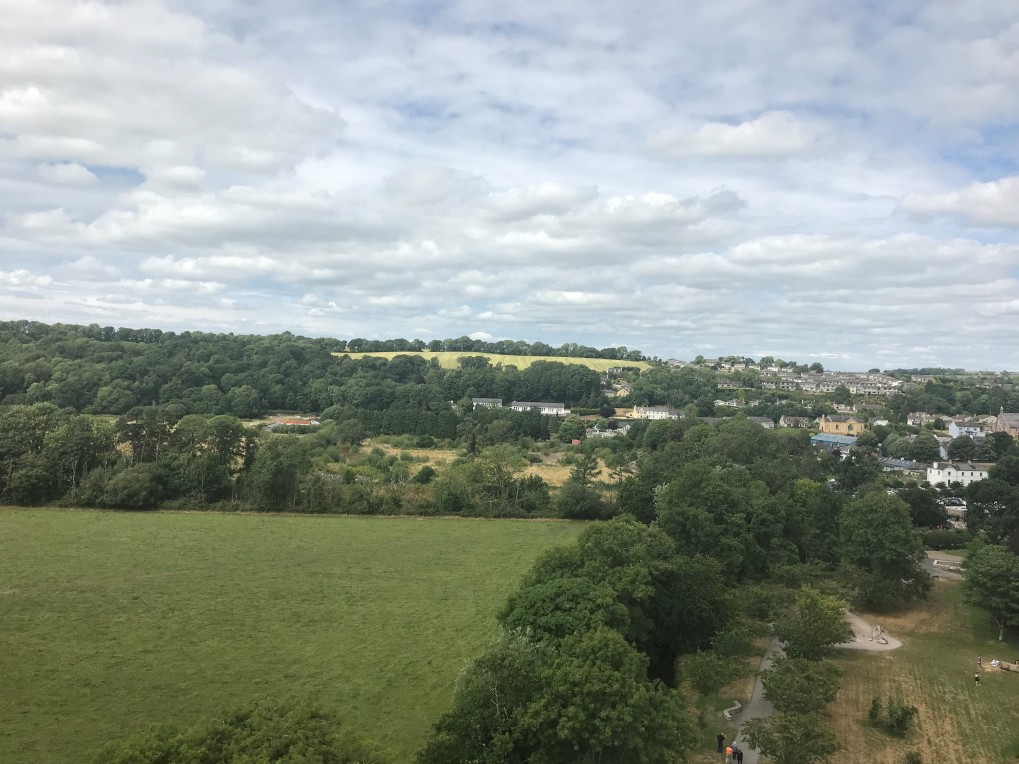 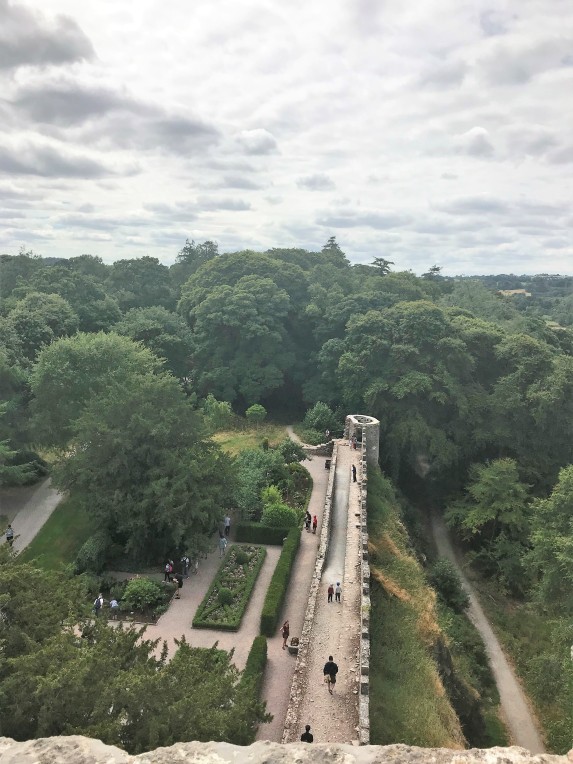 When we finally arrived to the top of the castle, the views were gorgeous. We got to the Blarney stone and there is an employee working there who has to hold you while you hang off of the top to kiss the stone! So I sat myself down right at the opening and looked down… It was pretty far but they were nice enough to install bars to prevent you from falling the whole way down. Then, you have to lean backwards as far as you can until you are nearly upside down, (see photos) and there is the stone. Now, I have been blessed with the gift of blarney!

Throughout the trip, our instructors have been telling us that our trip is about the “unexpected Ireland,” and this experience definitely exemplified that. Actually I thought it was pretty cool how scary it was to kiss the Blarney Stone, because now it seems even cooler that I did it!