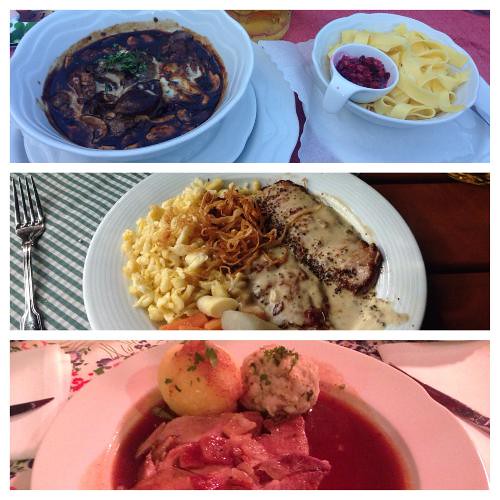 Well, my finals are over and what a relief that is. The grades already came out and I am very happy with the results. That means that it’s time for one last tour of Germany before I head back home on Wednesday. A friend and me decided to make this final destination Munich, or München as they call it in Germany.

The biggest concern about this trip was figuring out how to get here. A flight would have been more trouble than it’s worth since München isn’t that far, but the five hour train ride would have cost about €100 each way, not to mention travelling while here. Fortunately, we were told about the Deutsch Bahn Rail Pass. I was able to buy a pass that covered 5 days of unlimited rail travel for only €180, just the trip here and back made that worth it. So we ordered our tickets, packed out bags and finally arrived in München on Friday evening. Along with our German Rail Pass, we were offered 10% off at any A&O Hostel and there happened to be one in München so naturally this is where we stayed. It is not the best hostel we have stayed in, but it is certainly good enough for the money we paid.

We got a late start Friday night so after checking into our hostel we just went to one of the famous Beer Gardens München has to offer. On the first night we decided to try the “Hirschgarten” where I tried one of their local beers in the infamous 1L mug and their venison and mushroom soup with noodles. Everything here was delicious and we were able to stay as late as we wanted while watching the world cup Fußball game.

The following night, after getting back from a long day at Stuttgart, we tried a new beer garden called “Augustiner Keller” which was a little less crowded than the last one, but still very nice and made for a nice relaxing night. Here I tried the Augustiner Dunkel Bier which was a dark version of their house draft. For my meal I got the Pfeffer Schnitzel, one of the types of schnitzel that I have not tried before and am very happy I gave it a shot. It was a very thin, lightly breaded pork shop with a brown sauce, peppercorn, and fried onions with noodles.

Tonight, our last full night in München we had to try yet another difference beer garden. This time was Waldwirtschaft, which was a bit more off the beaten path, in hopes to fund the least touristy beer garden we could. At this one I tried a meal called Schweinebraten, a dish that München is very well known for. It was a nice slab of roasted pork with a potato and bread dumpling on the side. This was by far my favorite dish I have had so far on this trip and a highly recommended stop for anyone visiting München.