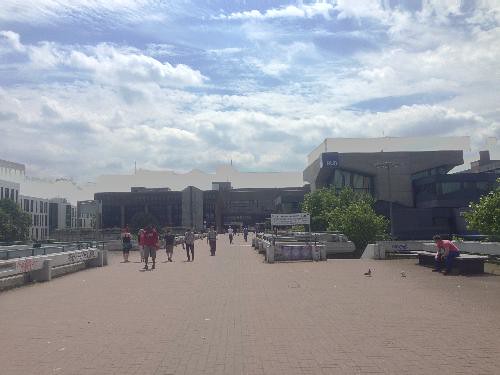 I have now been back in the states for about a week and it’s full of mixed feelings. There were a handful of things that I missed about being in America, but I certainly was not ready to leave Deutschland. It definitely would have been nice to have another 3 months there to make it a solid half a year in the country. I feel like this would have been the perfect amount to accomplish most of what I hoped for in Germany without missing home too much.

There were not too many things that I missed about being in the states, but one of these is the convenience of doing laundry. In Germany they are very accustomed to hanging their clothes to air dry after washing them. It makes sense in terms of saving on electricity and power consumption, however this is something that I just could not get used to. Even though it may seem insignificant, now that I am home it is nice to finally have my clothes feeling and smelling how I am used to.

I think that I may have had more culture shock coming back to America. One of the strangest things for me was actually being able to understand everyone that I walked past in the airport and on the streets of Philly. Another strange part about coming home was getting used to the food here. It is definitely much greasier and less natural here. The quality of food and fresh, natural ingredients used is one of the biggest things I will miss about the German culture.

It was also very strange for me to start driving long distances every single day. While living in Germany I became so accustomed to everything being so close and public transportation being very organized and easily accessible.

However, more than anything I will miss all of the friends that I met over there and the area that I lived in every day. I know that with a little more time I will be used to this area again as if I never left, but I do plan on returning to Germany in the near future. I am currently continuing my German language courses while over here so that I can improve on my communication skills and hopefully I will be much more fluent in the language when I go back. At the end of the day, there is not a single thing I would have changed about this trip and words cannot describe how happy I am that I went on this trip, it was truly an opportunity of a lifetime that I would not have traded for anything.