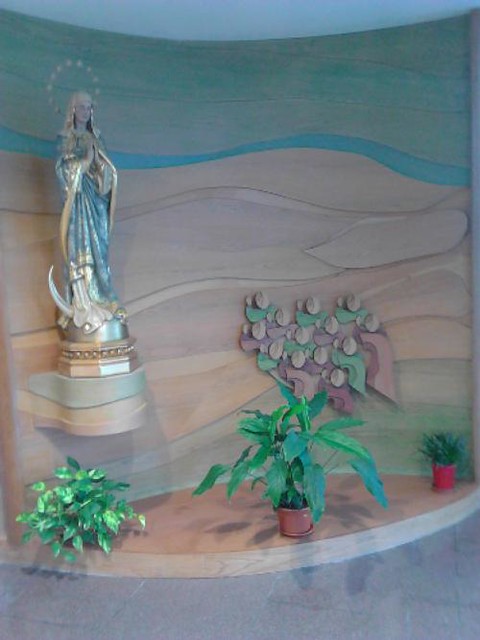 Upon arriving in Spain, I was a bit nervous about attending a Catholic university. I pictured nuns roaming the school with yard sticks, ready to discipline students. I was although disappointed that I did not see nuns or fathers walking around the city. I was always interested in their attire, a long black cloak complimented by a necklace with a large crucifix pendant. When I told friends and family that I will be in Spain for fourth months, they all told me that Spain is a very religious country and therefore, it is not a surprise that I will attend a Catholic university.
One of the reasons I chose to study abroad in Spain was related to my faith-based beliefs. Being in a country where I would be able to find a worship center was important to me. Additionally, I thought it would enhance my experience in Spain if I had the opportunity to learn and/or witness how Spaniards respond and interact with their faith. Nevertheless, my Catholics friends told me that Catholics are very strict, which reminded of me of presupposed notion that nuns would roam the hallways with wooden yard sticks. To add to this fear, I knew Comillas had a sanctuary. I was not sure if it was mandatory for all students to attend. Fortunately, the first day of orientation, the school’s father spoke to us about pastoral activities and made it clear that those activities are not mandatory.
Though I am not Catholic but Protestant, overall, I was excited to attend a faith-based school again. I wondered if students would be required to do some of the same things I had to do. I attended a faith-based, private school that was only for kindergarten. At the age five, I did not understand the majority of the activities my class had to do every day, such as, singing songs and reciting a scripture every day before starting the school day in the school’s sanctuary; however, I was able to appreciate the experience once old enough to understand.
There is a statue of mother Mary on the first floor of the main classroom building. It is placed in a visible place, near the stairs. Also, there is a cross on the wall of every classroom. Lastly, every building on campus has a cross on it. These elements are great reminders for students that Comillas is a Catholic university but there is no reference to the cross or to mother Mary in or outside of the classroom. There are no mandatory readings of a scripture, for an example, or even an allegiance to the flag. The Spain flag is not present in any of the classroom unlike classrooms in America.
I’m happy I attended a Catholic university to erase the stereotypes I had of Spain as an entirely religious country.