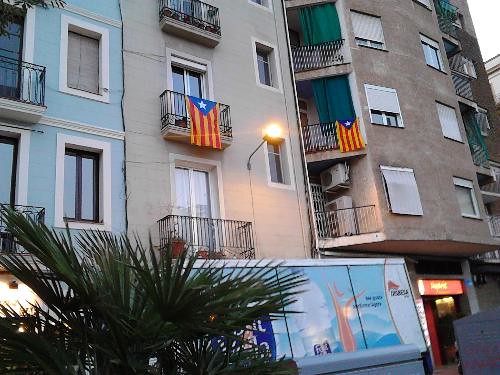 I decided to take a trip to Barcelona after sitting in on a lecture that compared the city’s desire to be independent from Spain to Scotland’s desire to be independent of the United Kingdom. I was surprised that the two were being compared, considering that Scotland is a country and Barcelona a city. It was said economic issues will definitely arise, regarding currency changes and financial sustainability. The difference is said to be the reason behind the desire to be independent. The discussion was presented by a Spaniard who was born and raised in Madrid. The professor’s argument included the concern about Barcelona, unlike Scotland, is too passionate to first consider the inevitable economic challenges and future economic stability. Therefore, Barcelona wants to become independent on the basis of feeling different.

I decided to visit Barcelona to test my professor’s notion about Barcelona’s future if independence is granted. When I arrived, it did feel like a different country. I saw more signs in Catalan than Spanish, which is odd because everyone speaks Spanish. Some signs are only in Catalan and English, eliminating Spanish completely. Catalan appears to be a combination of Spanish and French. Since I do not know much French, I hoped for an English speaking person to assist me, in the hostel or restaurant or on the metro.

I also noticed that Barcelona has a different array of cultural diversity from Madrid. The presence of Italians, Indians and Jamaicans, for example, is striking. The only Italians I’ve met thus far are other international students from Italy studying in Madrid. In the more busier train stations, there are small shops. I have only seen a few Indians in metro stations in Madrid. They were shop owners. I’m convinced that I may be seeing the same Indians over and over again. Lastly, I have yet to meet or see any Jamaicans in Madrid. Having experienced Barcelona and Madrid further proves the notion that Spain has the highest rate of immigrants second to the United States.

While in Barcelona, I did a tour of the Sagrada Família, a famous church. There are more tours available in Catalan, almost forcing all non-native visitors to buy audio tours in a suitable language. I was surprised that the tourist attraction does not accommodate foreigners first by providing more tours in Spanish and English.