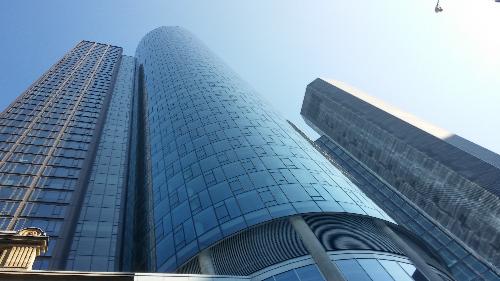 Germany is very different than the culture I am used to in the US. The easiest illustration of this is comparing the two countries’ national identity. In the US, our national policy is loud and proud. We wave flags, chant songs, shoot fireworks; all of this to celebrate ourselves and demonstrate our love and pride for our nation and our way of life. Here in Germany, the national policy is quiet, humble, and hard-working. For example, on their “national holiday” German Unity Day, their people view it more of a day of rest and quiet remembrance. I was surprised to see my city, Mannheim, so quiet and uneventful. The most notable thing was a few flags hanging here and there, something which is constant in the US. I think some cities participated at a greater scale, but seeing even one city in such a mellow state on their national holiday is enough to illustrate some important difference between Germany and USA culture.

Linear, logical, orderly are all ideals embodied in what I have seen here. Classes at Mannheim University are divided into 7, 1.5 hour blocks with each having one 15 minute break in between. You will not find any classes starting at a strange time or overlapping one another. Another example is the “take a number” queuing I have found so prevalent here (side note: I learned in my Operations Management class here, this is the most effective way to queue i.e. one queue for multiple service stations). From the government registration office, to the office where we had our school photos taken, all was organized and logical. They even has a rule on how to brew beer, known in English as the German Beer Purity Law.

I think the ideals of logic and order combined with the humble national identity found here in Germany are reflective of a larger reactionary culture trend. Their history during the first half of the 20th century, where they saw their country follow a dark path of destruction, has deeply affected their modern cultural development. A counter-reaction to the chaos, German culture is a unique blend safe and preventative rule, logical organization and humility. Further I believe this humble rebirth of cultural attitudes has launched them into a path of success that will only continue to grow in years ahead.