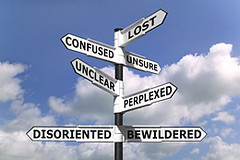 Culture shock is 100% real and if anyone has told you that when in a foreign country they haven’t felt SOME form of anxiety or frustration during their stay, they’re either lying to you or are an alien. For some background info, culture shock was classified as a mental disorder back in the 1960’s. Culture shock is defined as the personal disorientation a person may feel when experiencing an unfamiliar way of life due to immigration or a visit to a new country, a move between social environments, or simply travel to another type of life. There are four distinct phases: Honeymoon, Negotiation, Adjustment, and Mastery.

At this stage in the game, we’ve all passed the Honeymoon stage (which normally lasts about a month). I personally would say I’m somewhere in between the Negotiation and Adjustment stage, although admittedly, there are still cultural aspects that make me as nervous as I was one day one of the program. Let me elaborate.

Because of the nature of my coop, I was unable to leave early and attend the ICDS orientation. I actually ended up coming to Costa Rica about 2 weeks after all of the other kids in my program. So, when I got here, I sort of felt like “the other” or “the new girl.” And rightfully so, they had been trying to get to know each other for a full two weeks and had only heard about this other girl who was coming to the program a little later. But unfortunately, to a certain extent, I still feel that way. Be it real or imagined, I still feel somewhat outside of the group, as if they all already have formed their small friend groups and I am simply on the periphery, tagging along when I can. On that note, it’s also stressful to be somewhat forced to be friends with people that I would not typically befriend. Not that anyone in the program is a bad person; I honestly do like them all and it’s been great getting some new perspectives. But, at home, I’ve been able to create a pretty solid network of amazing people I can count on, trust, and whom I genuinely love. For one reason or another, I just haven’t found that here. Sure, I’ve made a few good friends who I continue to be friends with after the program ends, but mainly, I find that I still feel separate from the majority of the group.

The difference is even more apparent when I compare my current situation to that of when I lived in Madrid. I will be the first to admit that I was extremely lucky. After a couple weeks of living there, I had formed a solid group of friends with whom I am still in close contact to this day. I don’t have that here, and I think it makes the culture shock that much more apparent…