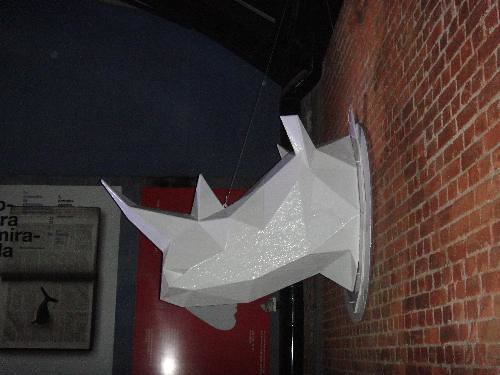 Let’s address the white rhino in the room…

This post might be more appropriately named “Program Shock,” but we’ll just go with Culture Shock for now. Even though we only have about four weeks left in the program, I’m still struggling to adjust and negotiate to the ICDS program. To sum it up in one word, the program, for me, is frustrating. Again, let me elaborate.

Truly, my biggest frustration comes in not being able to take more classes in Spanish. When we were sent the course listing, there were only a few (other than the Spanish language class we are all required to take) that were to be taught in Spanish. Only ONE of those few is actually being offered this term; it is a Central American Literature course and is probably my favorite class thus far. We were not allowed to take other classes full of Tico students. IF the Tico students’ grades and English level was good enough, they were allowed to take classes with us, but not the other way around. So, all of our classes are filled with the same 20 kids. There are a few (2-3) Tico students in our classes, but that is it. This is not why I decided to come to a foreign country. I came here to immerse myself in Tico culture, and I am not getting that by sitting in a classroom full of students from the States.

Furthermore, I am frustrated that we are not encouraged to explore San José. As I said, I missed orientated, but from what the other students have told me, orientation was basically filled with rules and suggestions about things NOT to do in San José. Never once were we taken into the city to explore, nor were we encouraged to explore on our own. In fact, we were and still are discouraged from doing many, many things in San José. I do understand this, to a certain extent. Most students in the program are coming from small college campuses and have never experienced city life. I am not one of those students. I have lived in Philadelphia for the past 4 years and in Madrid for a time. I know how to handle myself in a city setting and I know to always be aware of my safety and on my guard. So, it’s really frustrating to me when our program discourages us from leaving the San Pedro/Universidad Latina area.

I guess, to sum it up, I feel like this program tries to keep us in a bubble. Separate from other Tico students and separate from San José. I am not immersed in Costa Rican culture as I had hoped I would be. I do not feel the same connection to Costa Rica as I felt, and still do feel, to Spain.

I do know, however, that each life experience is different and beautiful in its own right. I do love Costa Rica, and it has given me numerous blessings. But these are just some of my frustrations.