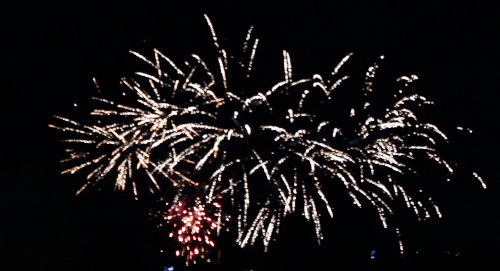 Remember, remember the fifth of November. This catchy little saying was chanted countless times today throughout Edinburgh as well as throughout other parts of England. Apparently the fifth of November is the day that the United Kingdom pay tribute to a failed terroristic attempt on the English Parliament. A man by the name Guy Fawkes, which was not his real name, was an angry Catholic man who felt that the Protestant Parliament was not being very nice to the Catholics of the area. I am of course, giving this history lesson as crudely and politely as I can. The man, later known as Guy Fawkes, banded together a group of mates and planned to blow up the Parliament. The night of the attempted detonation went terribly wrong though. The entirety of the English Parliament was lined with dynamite and explosives. While the plan was to blow up the establishment and surge a rebellion against the government, Guy Fawkes ratted out his so called mates before anything could actually happen.
To commemorate the failed anti-establishment plot, the people of the United Kingdom set off fireworks on the anniversary of the plot. It almost in a way humiliates Guy Fawkes and his hopeful, but ill planned attempt of starting a revolution. Nonetheless, it is a national holiday. As an American, I do not fully understand how such an event in the past could become such a big holiday, but I participated it nonetheless.
And it is a big holiday. Large and booming fireworks were set off in virtually every direction. I do not think I have ever seen so many fireworks in one city at one time. The fourth of July could not even compare. I went with my flat mates to the top of Caulton Hill to watch the fireworks. Hundreds of people gathered with us on the hill. It seemed as if all of center city Edinburgh were out to gaze at the light show. What a show it was! I looked down at the city of Edinburgh and watched dozens of firework shows go on for about thirty minutes. Everyone was celebrating. It was a bigger attraction than I would have ever imagined. Everyone was happy, friendly, and willing to brave the cold to see fireworks, regardless of why the fireworks were there in the first place. Thanks Guy Fawkes. I’ll remember the fifth of November from now on.