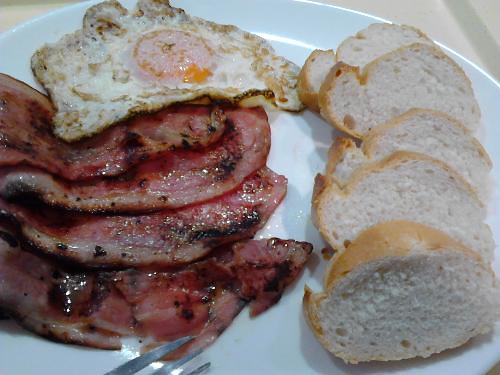 I decided to study abroad, thinking that I was going to fulfill an overall objective of linking language study with my major, International Area Studies. Because I am a first-generation American, I have been travelling a lot and have been exposed to many cultures at the same time. Thus, I thought I would be ahead of myself in achieving my goal. Consequently, my experience in Spain would solely focus on observing another culture from an outsider’s point of view. However, since I have arrived in Spain, it became clear to me that I would not be able to just act as an outsider. I have been integrated into the culture around me. Any interactions I make with other people and the reflections I have of me surpass merely observing a culture that is different from mine.
I also had academic, personal and career goals. I aspire to be a diplomat. My academic and personal goals are primarily focused on becoming fluent in Spanish. One of my mentors shared with me a common challenge that ambassadors encounter and advised me to embrace it early in life. He encouraged me to choose a university, located somewhere I have never visited and where I do not know many people. He said if I follow his advice, I would be a step ahead of others who never experienced isolation. Finally, he challenged me to meet as many people as I can who represent an array of cultural backgrounds.
Studying abroad in Spain, thus far, has been a great opportunity in allowing me to apply my mentor’s advice more precisely, given its different customs, norms, and habits. I am expected to adapt in order to not only do well in school but gain an overall sense of the culture. The adaptation process, thus far, has included befriending locals, which inevitably entails regularly using the official language.
I realized that having these goals and high expectations of what was going to happen has caused me to want to shape my own experience, which is out of my control. Whenever I wanted to practice my Spanish speaking skills and the recipient wanted to practice English with me, I did not appreciate it. However, because I have had this experience many times, it had led me to realize just how important learning English is for Spaniards. The city is filled with English learning centers. The picture for this blog post depicts another issue I have when ordering food. I skipped breakfast at home and decided to have it at school instead; however, what I thought would be a egg and bacon sandwich turned out to be a feast. Usually, I would reject the meal and further explained what I wanted but I have also realized that this was a great introduction to what Spaniards few as breakfast instead of trying to impose the American view of breakfast.
Maybe it is not best to start a new experience with presumptions.