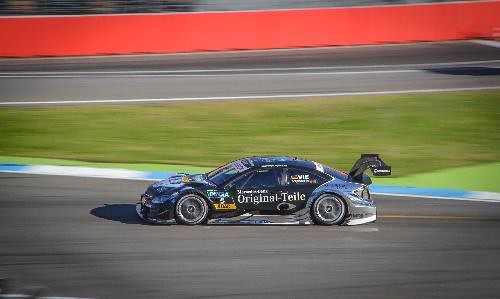 Whether you want to participate in sports or spectate, Mannheim has a great deal to offer. Living in Philly, I came to realise how important sports and sports teams were to the city. In Mannheim, despite its smaller size, has the same passion, albeit in different sports.

Of course outside of the U.S. soccer or football (as the rest of the world calls it) is followed almost like a religion and it’s no different in Mannheim. Despite Mannheim’s football team playing in the fourth league they are still a professional team. SV Waldhof Mannheim as they are called, play in a medium sized stadium just two kilometers from the center. Although it’s not the most sophisticated stadium, the atmosphere is great. I went to go see them play during an exhibition match against Borussia Dortmund and the fans were chanting for the whole game. Even though they lost by a sizeable margin it was still an entertaining game to watch and something I strongly recommend on doing while in Mannheim.

The main sport in the city though is not football but hockey. The Mannheim Adler or Eagles in English, are one of the best ice hockey teams in Germany. Ice hockey is definitely a big deal here in Mannheim. There are numerous two story posters plastered on sides of apartments advertising the hockey team throughout the city. The Adler/Eagles play at the SAP Arena right outside of Mannheim. Although I haven’t gotten the chance to go see one of the games, my friends tell me that it’s pretty cool. Of course it might not compare to the scale of a Flyers game but it’s still better than nothing.

If you’re like me and motorsports is more your thing, don’t worry. Mannheim is only a 20 minute train ride away from the town of Hockenheim and the Hockenheimring. The Hockenheimring is a famous race track in Europe and hosts numerous events throughout the year. This year Formula One raced there at the end of July and I went to see the final DTM race last month. The race was great and the sheer size of the main grandstand was awe inspiring. Hearing 26 highly modified racing cars screaming past you at speeds that can only be classified as ridiculous was a fantastic experience. Seriously, if you have any interest in cars or motorsports the Hockenheimring is a great track to go watch some racing.

Overall, the choice of spectator sports isn’t lacking in Mannheim, but if you’re a fan of baseball you’ll have to wait until you come back to the states. (picture I took of a DTM car during the final race at the Hockenheimring)