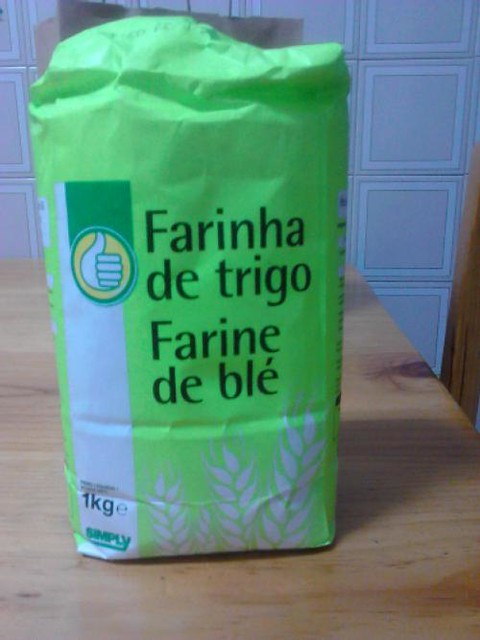 I remember the first time I noticed that a product in the United States was also written in Spanish. The change caused me to realize that the Spanish language is gaining increasing importance. I usually see the English and Spanish text written on the same side, though the text in Spanish is presented in a smaller font. While in high school, in order to extend my Spanish vocabulary, I often looked at the products. This technique did help me learn more Spanish words quicker than I would have learned them in my Spanish class in high school.
The picture for this blog post is a pack of flour that I brought in the nearest supermarket. I went to the grocery store in particular for flour. Before going, I looked up the word for “flour” in Spanish just in case. Usually, when I need a food product that I do not know the name of in Spanish, I rely on the pictures. I like turkey sandwiches but was unsure how to say “turkey slices” in a way that does not mean slices of a whole turkey, considering that I know the Spanish word for “turkey,” which is “pavo.” I figured turkey slices would be in the same section or near to dairy products. Turkey slices products always have a picture on them. Now, I know the word is “pechuga de pavo.”
While shopping for flour, I saw a picture of wheat and thought, “This has to flour.” I then reminded myself for the word flour in Spanish, “harina.” However, I did not see the word “harina” on the package. There were two different translations on the package instead of the word “harina.” I was unsure of which languages they were. Furthermore, I could not guess. I brought the package anyway, convinced that it has to be flour and considering that I did not see another package that resembled flour. When I returned home from the grocery store, after taking out all I brought, I saw the other side of the flour and noticed “harina de trigo” written on it. One of my roommates told me that the other side was written in French and Portuguese. I thought this was interesting because not all products are written in French and Portuguese as well as Spanish. Some food products are written in English, given that there are American products. The fact that the flour was also written in French and Portuguese does not imply that there is a large French and Portuguese population in Madrid. The only explanation I could think of was that France and Portugal are nearby Spain. What are the chances that someone will read the French and Portuguese side first and immediately know what the product is? Maybe in the near future, all food products will be written in French and Portuguese.