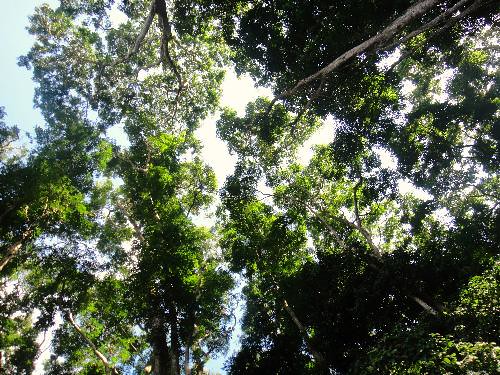 There is so much that my time in Costa Rica has taught me. Both in and out of class, I have been able to broaden my mindset simply by being here and engaging myself with my surroundings.

If there is anything I will take away from this semester, it’s the importance of the environment. Even just saying “importance” seems to diminish the emphasis I would like to place on how much the environment has impacted me in my time here and how strongly I have come to care about it. We in the Us, with our capitalist, money-driven society often forget about the environment, especially if you live inside a concrete jungle such as Philadelphia. It’s been said that man’s greatest folly has been to believe that he is separate from nature. Being in Costa Rica has reminded me that I am very much a part of the natural world around me, that it lives and breathes as I do, and that I live and breathe SOLELY because it does. In economics, we are taught (at least in the Western world) that the market is paramount, that we are all consumers living within this giant economy which should be open and free of regulation. Well, there’s one glaring problem with that thought: the economy physically cannot exist if its physical foundation cannot exist. Our beautiful world is quickly reaching its carrying capacity, and after that happens, our ecosystem will fail, we as a species will fail, and we will have failed every living thing around us. The undeniable supremacy of nature is inescapable in Costa Rica. Even in a concrete jungle like San José, the natural beauty of the world can be easily viewed every day, in every way. And if you travel but a few short hours, you can get lost in one of the most biodiverse countries in the world through its beaches, its cloud forests, its jungles, its dry forests. Costa Rica has taught me to love the natural world and to fight for it, because it’s the only one we’ve got.

The people I’ve encountered in my short time here have also impacted me in ways I had not expected. The students in the program are, to be entirely frank, not people I would normally choose to spend my time with if I had the choice. We all have different opinions, different goals, and different interests. At first, that really scared me. As time passed, however, it got less scary and more adventurous. I realized that although I have a great group of friends back home, they weren’t really challenging me mentally. Since day 1 in Costa Rica, my views have been challenged. All of our classes are primarily discussion based, so we talk, a lot, about everything. It’s been really great to have to defend my views and to change them after learning from others. I’ve learned so much from my fellow ICDS students and I will be ever thankful for the perspective they’ve given me. Also, every single Tico I’ve met down here has left a lasting impact on me. Never have I met people more open and friendly than in Costa Rica. They have shown me a love for humanity that I never thought possible. Not that everyone here is a philanthropist, this country still has its problems, but the constant struggle and the dog-eat-dog mentality that pervades the US does not exist here. Ticos understand the value of life and of creating meaningful relationships with this short time we are given. What a blessing, to have shared these past 3 months with people who have both expanded my heart and mind.