Last night we went out after dark to go to the Sydney Tower Eye and got an amazing view of the whole city from up there. It was so beautiful to see the harbour and the lights of the city just go on forever. We spent some time up there before walking down to Darling Harbour to the bridge there. Every Saturday night they do a free fireworks show and they go all out for it! They are like 15-20 minutes of beautiful fireworks and people come from all over the city to get a good view and have a nice night out. 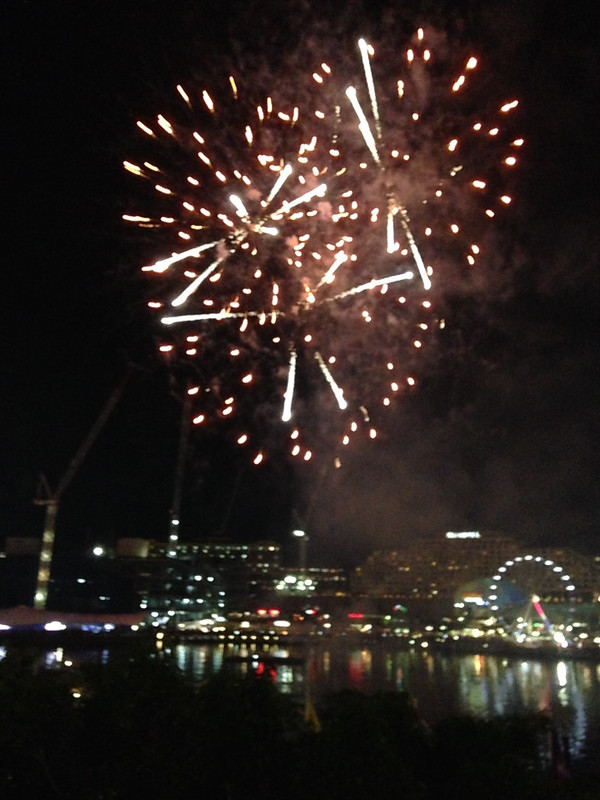 The night before that, we took the train to Botany Bay area to go ice skating with some other students that we met from Chemical Engineering. For having basically no snow around them, those people can move on the ice, unlike me who stuck to the wall. It was funny because this is their winter, but it was much, much colder in the ice rink than outside. Then we all went out to this chocolate restaurant by the water. We had to wait for a table big enough for all of us, so we went for a walk on the beach. The water isn’t that cold, but still too cold for me. We found a lot of unique shells on the beach and it was a very lively place. There were people playing music and singing all along the beach. We even saw some Diggory Dos in action! We headed back to the restaurant and the menu was everything I could have dreamed of. I love dessert and this had all kinds of cakes, ice cream, waffle, pancakes, crepes all covered in chocolate or caramel or anything else you could think of. It was definitely somewhere I will be going again. The whole time we were out, we learned more about Australians way of life and a lot about how they speak. They just kept quizzing us on how to say different words here. Basically they shorten EVERYTHING and when you try to figure out an entire sentence, it becomes very difficult. For example afternoon is arvo but this afternoon is s’arvo. Overall it was a lot of fun and we learned a lot. They are a really great group and even invited to show us some of the hidden beaches of Sydney during part of break week! It was a nice end to a stressful week.