Sunday, we headed over to Manly via the ferry to go to the SeaLife Sanctuary there. We decided to go on Sunday because all public transportation for the day is a total of $2.50, which is great since we have to take a train and a ferry to get there. They had a nice aquarium area which had cuttlefish, seahorses, tropical fish, lizards and turtles. They had an entire floor dedicated to the little penguins, which were quite vocal. Downstairs they had the very large tanks with rays and sharks. One of the species just attaches itself to the top of the walk through tunnel and they all seem to end up in the same area. It was a lot smaller than the other organizations in Darling Harbor, but a lot of fun! After that, Mandy showed us where they go for their Marine Biology lab to look for sea squirts. We explored the small beaches along Manly and enjoyed a cloudy day outside. We also tried Nando’s finally! They make peri-peri sauce that is very popular in the stores here. I, myself, am not a fan of spicy food, so I just got the seasoned chicken, however some of the guys tried the Hot, Extra Hot and Extra, Extra Hot sauces and had fun burning their mouth over that. The food was very good and it was a nice, easy, cheap meal by the beach. Also we saw a seal on the steps of the Opera House!

Tuesday I participated in one of the cooking classes my building has been holding for the residents. This week was Cumin-rubbed lamb and Quinoa. It’s a great thing for them to have because everything is provided and we work in groups of 2 or 3 to cook something new together. We learn how to properly cut and prepare foods and also how they make food pretty in the restaurants. This was my first time cooking lamb or quinoa, so it was very exciting to have something different from pasta and chicken. Of course, they taught us how to make it really fancy, which is great for when you have guests over, but on the day to day I will be making mine much less work. Everyone was very nice and helpful!

I also joined the Geosciences Society, which runs a lot of interesting events on campus and off. For example, they had a careers workshop earlier this week where resumes could be worked on and options for future students were discussed. Also, this Sunday I will be going snorkeling with them! 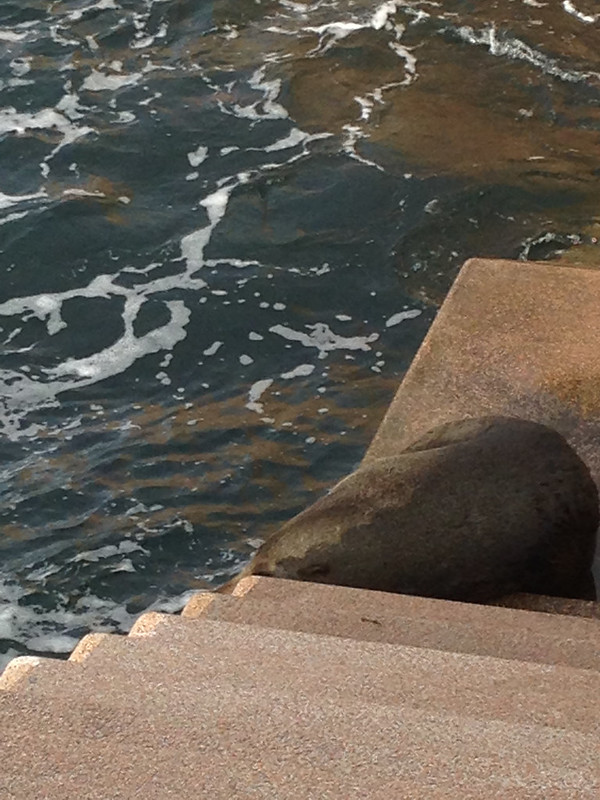