It was finally a warm weekend here in Sydney, high 70’s and even warmer at times in the city. Saturday we went to the chocolate festival in The Rocks in the morning and spent some time roaming the many tents of chocolate and other good foods. It was took over a lot of The Rocks, including all the area by Circular Quay on the open park in front of the Opera House and up the streets. There were so many people there that it was hard to even get through! After we had had our fill of chocolate, we headed over to the University to go to the book fair that was being held in the Great Hall. They had boxes and boxes of books all categorized so you could find just what you were interested in. It was so much fun to see so many amazing book, most under $5. They had a section of ‘old and interesting’ books and I got an old copy of The Canterbury Tales, A Tale of Two Cities, The Wind in the Willows and The Broadcasting Kookaburra for just a couple bucks each. I ended up leaving with six books (after I limited myself so I can actually get them home)!

Today we went to Cronulla Beach, which is about an hour by train. The Geosciences Society was holding a snorkeling event there and it was great to meet some new people that are interested in similar things. All equipment was provided and we met at the train station before heading down to a part of the beach, which was famous for snorkeling and scuba diving. We saw some beautiful kelp covered areas before swimming out past the waves to see coral and tons of little puffer fish and other sea creatures! Unfortunately no stingray this time, but hopefully if we go again we get to see some! Because this beach was less traveled, I got to collect a lot of unique seashells as well. Once we were all tired from all the work snorkeling, we headed back into the town part of Cronulla to explore the Spring Festival that was happening there. The main streets were packed with food venders, clothing, flowers and even rides. It was great to try some good food before the long train ride back. I hope that the club does more outings like this soon! Now the rest of the weekend is studying and papers. 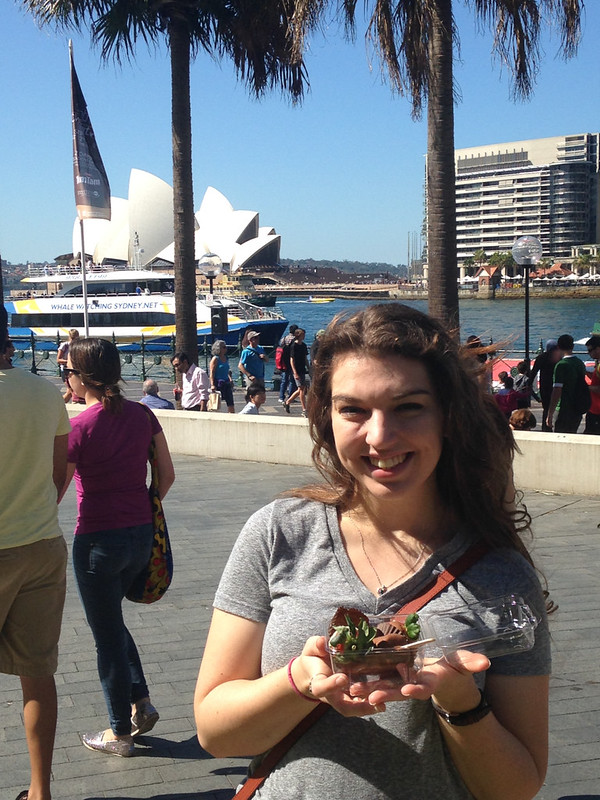