Yesterday we flew from Melbourne to Adelaide, which is in South Australia. They call it the country town, and entering the city, it’s pretty easy to see why. The whole city is surrounded by beautiful parklands and the CBD itself has a large expanse of green space. The city was the first city to be founded not for convicts, but for the free people and is known for its many churches. We caught the shuttle from the airport to our accommodation in the early afternoon. We stayed at the Adelaide Central YHA, which was very nice and very close to a lot of food and shopping. Upon arrival, we learned that Adelaide is a half hour difference from NSW! We walked around the city for a bit before deciding on a local Indian restaurant with great reviews and a milkshake shop for desert. While things did close pretty early in Adelaide, it was nice to walk around the quiet city at night. They light up a lot of the trees in the parks to create a relaxing atmosphere.

In the morning we walked across the street to the Central Bus Station to catch the coach to Cape Jervis where we could take the ferry to Kangaroo Island. It was about a two hour ride and then a 45 minute ferry to the island. We are staying at the Kangaroo Island YHA which is only a five minute walk from a beautiful beach. Since we have been doing a lot of running around and travel on this trip, we decided to take the rest of the day to just lie around on the beach and relax! The sand was so white and the ocean was beautiful shades of blue. It was a quiet day with only a few other families on the beach, and even though the way was a bit cold, we had a great day. We ended the day going on a small tour to see some of the little penguins on the island. There are only 15 breeding pairs on the island due to a combination of seal populations increasing and a parasite. Still, the tour guide knew what he was doing and we saw quite a few penguins, even watched on safely cross the road.

Tomorrow we have a tour of Kangaroo Island where we will go to see the seals, a wildlife sanctuary with all sorts of Australian animals and to Flinders Chase Park! Then on Sunday we head back to Adelaide to fly back to Sydney where it will be around 100 degrees! 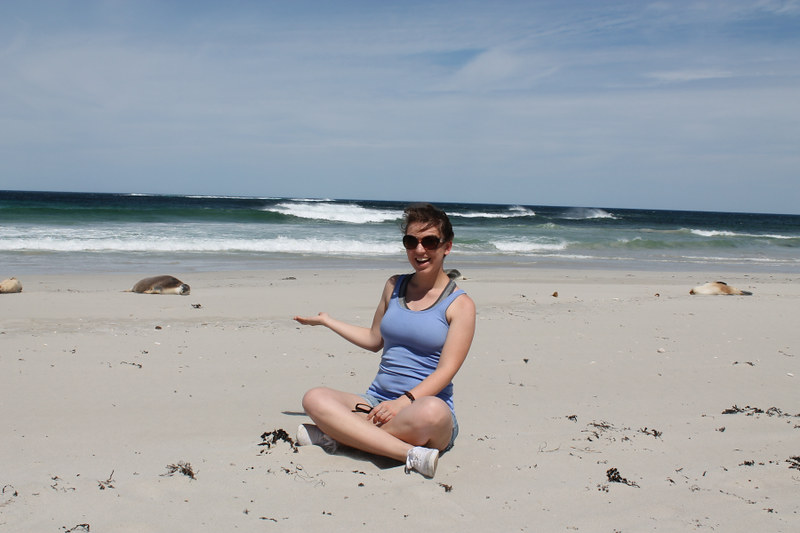