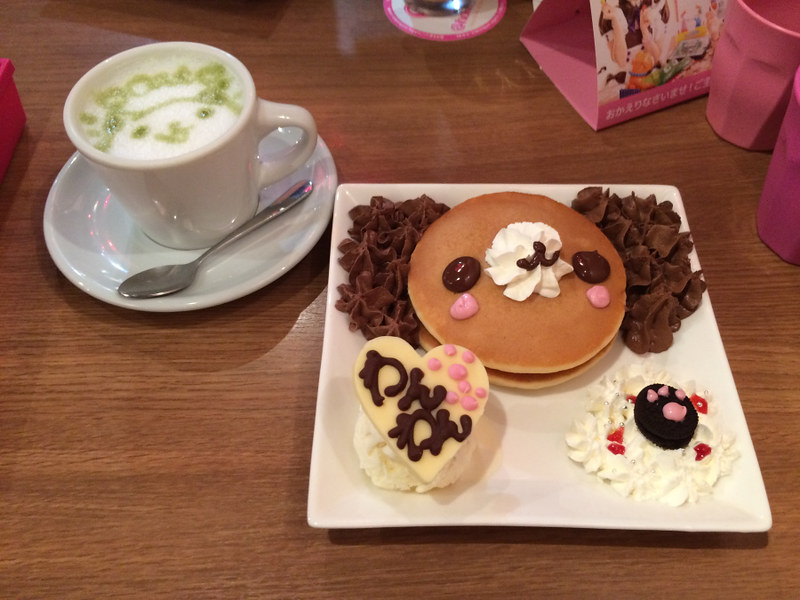 I went to Japan this past weekend. My friend Alix and I left around midnight on October 16th, Thursday, and got there around 5 AM Friday. We landed in Tokyo’s Haneda Airport.

Never before had I fallen in love with a city so quickly before… The moment when I turned to Alix and said “I love Japan” was shortly after we got on the subway toward the center of the city. The subway came exactly on time and people were orderly when getting on. Talking on cell phones is not allowed on the subways there and people followed this rule. Since it was early in the morning, too, people weren’t very talkative… So the subway was just about completely silent. It was absolutely amazing.

One notable thing about Japan was how (for a lack of a better word) on point everything was. Everyone was dressed so well (I love Japanese fashion!) and both men and women were very tidy in their appearance. Everyone was very professional-looking. The cashiers were incredibly polite. The train schedules were posted everywhere and every single train came on time. There were hardly any trash cans around the city, though. This was the most difficult part because I always had to hold onto my trash for some time. However, even though there aren’t many trash cans, every street was extremely clean. There was no litter, like, anywhere. I feel that the Japanese have a deep respect for their environment, whether it be natural (forests, beaches) or artificial (towns and cities). I’ve read that there are no janitors in the schools. The students clean the classrooms themselves. This is a great thing that we should implement in US schools… It may teach people to appreciate their surroundings.

Alix and I did so much in the three full days were there that I really don’t know where to start. We flew to Tokyo and spent the whole Friday in Tokyo. Saturday morning we took the train to Kyoto and then Nara and spent half of the day in Nara. The other half of Saturday we spent in Osaka. Sunday we spent in Kyoto. I strongly suggest spending more than 3 days in Japan. The cities that I mentioned are all relatively close to each other (it takes about two and a half hours long for the bullet train to go from Tokyo to the three other cities).

We actually went to the Imperial Palace, but we found out that it was closed on Fridays, which was disappointing. Afterward, we went to Akihabara, the electronics and anime goods district. There was so much to see and so much shopping to do. Alix and I went into a 5-story store called Don Quiote, which you should never ever go in. Why? You will never leave. Alix and I spent hours there and actually got behind schedule because we took so long browsing the store. Donki (nickname for the store) sells anything and everything, from food to cosmetics to rice cookers to Halloween Costumes. On the 5th floor of the Donki we went to was a maid cafe. There were a few customers at the cafe who were kind of creepy-looking middle-aged men, but there were women there, too. The waitresses dressed like maids and acted in a very cute way. It was really an experience I won’t forget. Alix and I both got the dessert special, which included a drink, dessert, and photo with a maid. I chose to get a green tea latte with “magic sketch” — you could ask a maid to draw something on the latte foam for you (I asked her to draw a cat). The dessert I ordered was pancakes with a dog face decorated on it. So cute but too sweet for my liking.