The end of the academic week was spent studying for my astronomy lab exam that I have on Tuesday and my forestry class exam that I have on Thursday. I’m not too worried about either one now that I have spent a couple of days preparing and still have sometime next week as well. I got a break from it all when we went to the Royal National Park today. We were supposed to go last week, but some of our friends got sick so we held off a week. We took the train to Cronulla and from there we took the ferry to get to a walking path through park of the park. Before the ferry though, we tried this sandwich place called Loaf in Cronulla and it was absolutely amazing! They make their bread in house and everything was fresh and delicious.

Back to the park now, it starts off walking on the beach to a trail. The water is a beautiful blue and there are people sailing and swimming. Then you walk through the bush and see some aboriginal art that tells some of their stories of Dreamtime. We continued through and saw some interesting birds, some skinks and finally a snake. I wasn’t too excited about the snake, but it was just sun bathing and slithered away when it hear us coming. It was actually the most wildlife we had seen in the wild, and not at a zoo. We walked to Shelly beach, where we stopped to eat our sandwiches and walk along the beach. They have some really cool sandstone formations along the beach that have all these little tidal pools in them full of snails and even some anenomes. The tide was coming in so the waves were beautiful as they hit the red sandstone. We continued back into the bush, even more careful to watch for snakes or other wildlife. We ended the trail walking back along the first beach we were on and back to the ferry. All in all it was a great park and a wonderful experience. There Royal National Park is very big though and we only saw a small part of it. We are looking to go back during the two weeks of finals when we need a break from studying to do a different loop. There is one that is about six hours to complete, but you see a lot of the highlights of the park! 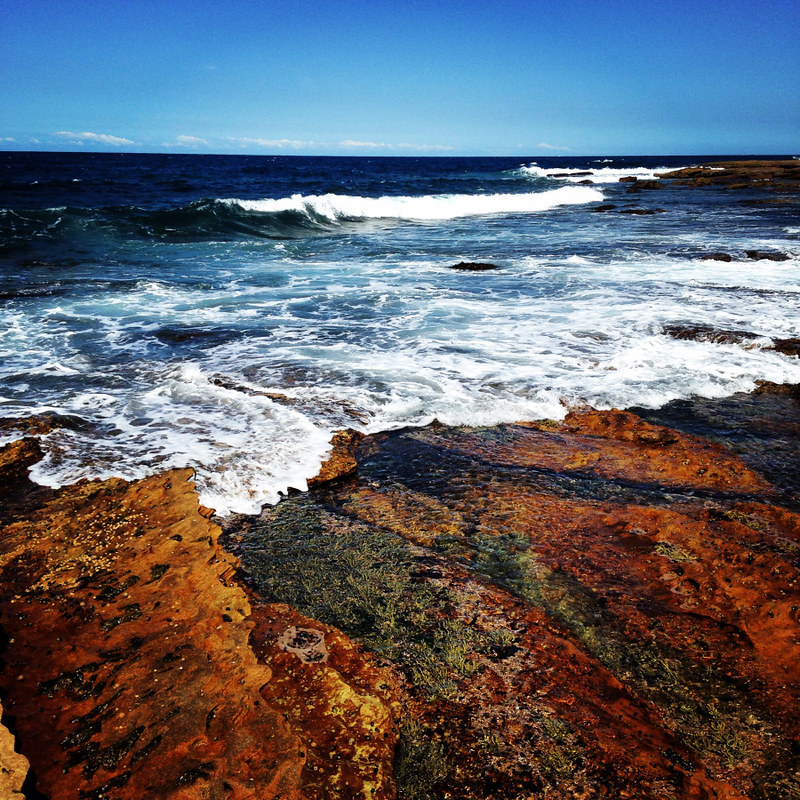