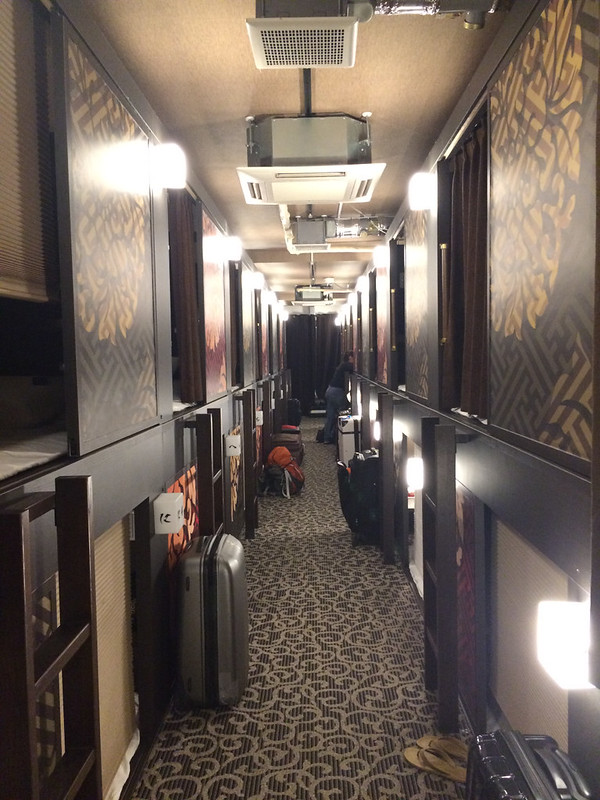 So continuing my Japan adventure!

After leaving Akihabara, we went to Harajuku, known as the center of Japanese youth culture and fashion. We were really behind schedule (trying to fit everything in a day did not work), so we skipped Shinjuku (the busiest station in Tokyo) and Meiji Jingu, a shrine located in the middle of the city.

We walked along Takeshita Street, one of the pedestrian-only streets that had a ton of shops and cafes, and stopped at a place to take purikura, “cute” photos in a photo booth. They’re very popular and really fun — you go into a booth (you can fit maybe up to 5 or 6 people comfortably), take photos, and decorate them with cute stickers or text that you write yourself. A unique thing about the purikura is that they automatically “enhance” your face — eyes are made bigger (which was hilarious because my eyes were already huge, so I looked like a bug or something) and skin is made pale and flawless.

Afterward we went to Shibuya, another one of Tokyo’s busiest railway stations. There was a Food Show in the basement of the station and all the food looked amazing. There was a small store in the Food Show that sold really cute yet beautiful souvenir foods from all over Japan, and the foods weren’t too ridiculously expensive, either. Quite a few goods featured Hachiko, a famous dog known for his loyalty to his owner. I even got to take a photo with the statue, which was very exciting! Alix and I had dinner at a sushi restaurant nearby that night and it was amazing, of course. Very inexpensive yet some of the best I’ve ever had.

We then went to Tokyo Tower after that; however, because it was late, cold, and raining, we only took a few photos and then headed back to our hotel. We were exhausted, anyway, having arrived at 5 AM after barely any sleep on the plane ride to Japan.

Alix and I stayed in a capsule hotel in Tokyo. Capsule hotels, according to Wikipedia, “is a type of hotel developed in Japan that features a large number of extremely small ‘rooms’ (capsules) intended to provide cheap, basic overnight accommodation for guests who do not require the services offered by more conventional hotels.” I had read about them and was super interested to try one. We booked a night at Centurion Cabin and Spa and it was actually one of the best hotel experiences I’ve ever had. We were given pajamas to wear as well as towels. The room with all of the beds was essentially a long hallway with a bunch of bunk beds packed in there, all of which were semi-private (there were walls and I had a curtain for privacy). Alix took the bottom bunk, and I the top. All the privacy I had was in my bunk, which had a bed, two shelves, and a large flat-screen TV. It was enough, though.

The hotel also had a sauna and a lounge with free drinks and footbaths. One of the things I loved most was the traditional Japanese bath. It was my first time bathing in such a place, and it was truly an experience. The bath is separated into two rooms, the actual bath and a dressing room (by the way, Centurion was a women-only hotel). People had to undress in the dressing room and put their clothes in a cubby. The actual bath had a huge bathtub (for multiple people to bathe in) and lots of stalls (for lack of a better term). Each stall had its own shower head, faucet, and mirror and was open to the rest of the bath. It was unnerving having to go in there nude and act casual in front of other (nude) people, but I felt like I was the only one making it awkward since I was not used to it. The two Japanese women in the bath (when I went in) didn’t seem scared or nervous, so I decided that I shouldn’t be, either. Bathing in a traditional Japanese bath was really a new experience, but a wonderful one. I felt like I was kind of-sort of truly immersed in the culture, as strange as that may sound (not going to temples or old buildings, not eating authentic food, but the bath?). I’d strongly recommend to experience it if you go to Japan!