This past Sunday we went to the Newtown Festival. It was at the dog park that is about a block away from where we live, which was very convenient. It started around 10 in the morning and there was live musical all day, which I could hear from my room! It was a bit distracting when I was trying to study in the morning before we went around dinner time. They asked for a small donation at the door, just so that they could keep the festival going for years to come, as well as for public projects in Newtown. They had over 80,000 people throughout the day so I’m sure they did quite well for themselves! Once we got there, it was packed! People covered the park listening to the bands and there must have been over a hundred different stands full of food, clothes and information. People came from all over the city to get there, though all the stands were from Newtown area. I never really realized how popular Newtown is, its really one of the cultural highlights of Sydney. We tried all kinds of food for dinner and finished off with snow cones. We shopped around the stalls until it closed that night. There was so much I wanted to get, but I really don’t want to have to buy a second bag to take back on the plane, so I had to limit myself. If I was staying longer, I would have gotten some clothes, and stuff for my apartment. It was just such a great atmosphere; everyone was loving the music, and exploring the highlights of Newtown in the stalls.

The past few days I have been studying really hard for my Astronomy and Biodiversity exams that I have next week. I’m listening to lectures again, reviewing chapters in the book and going over my past notes. It’s been a bit stressful, and next week will be even worse with the exams coming up. In between that I have been organizing my room so that when it comes time to pack up to go home, I have a better idea of what I’m taking and what I’m donating. I can’t start packing until right before we leave because I’m still using everything I brought with me. Plus we have Bali right before we fly home, so I have to pack for that first, get back, and have three days to pack for the home. It’s crazy how soon that is! 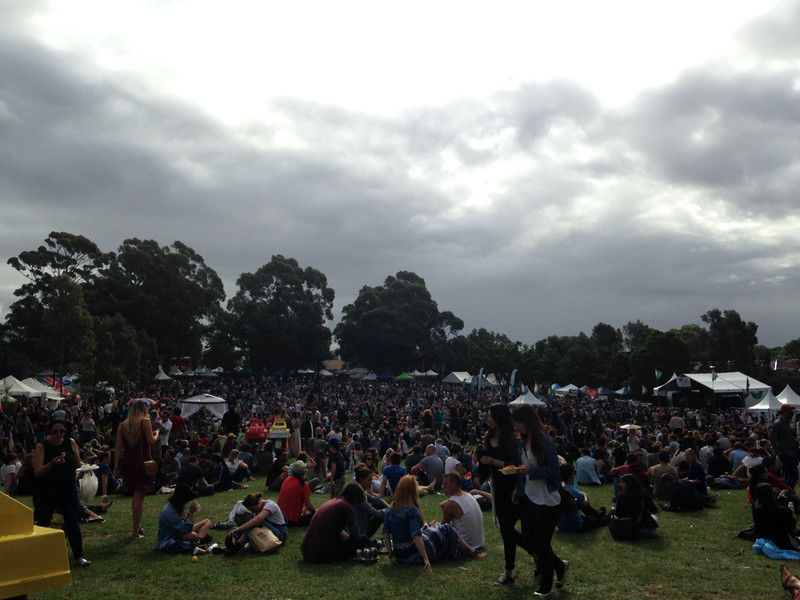