The semester is winding down to an end, and everyone knows what that means — finals. I’ve been proudly saying to my friends that around the first week of November I was 10 weeks behind my study schedule (it was week 10 at that time). It’s a huge problem that none of my classes have homework or midterm exams; these things act to kick my butt and make me study. I would rather have homework and midterms, to be honest.
Quite a few people say that I shouldn’t have to worry about my grades, that they don’t transfer over, etc etc etc. I’m sure most exchange students don’t really care about their grades because their credits don’t transfer back, which is sad. I don’t want to just barely pass my classes, though. My discipline that I’ve developed from all my years at school until now is a constant voice in my head, nagging me to not just be content with a C. After all, this IS study abroad. Not play abroad. I am paying tuition to be here. Someone paid for my plane ticket here, and it wasn’t cheap. So it’s not worth it to just be okay with passing.
That was my reason for not wanting to go to Singapore. My friend Alix and I booked plane tickets to Japan, South Korea, and Singapore waaaay early, around the first two weeks of the term. I was seriously considering on cancelling my flight and staying in Hong Kong to study, but since I wouldn’t have gotten that $160 back, I decided to go in the end. Our flight left at 9:45 PM on Friday, November 20, and arrived in Singapore’s Changi Airport at 1:30 AM. When we arrived, Alix took a taxi to the hostel, while I decided to stay at the airport to try and find a place to sleep.
Something that I would advise future travelers is to research the airport that you arrive at beforehand. A quick search for Changi Airport will reveal superb reviews, for food, shopping, entertainment, and rest. There were tons and tons of makeup, clothing, and other duty-free stores. There was so much variety. Have you ever seen a MAC store or a Victoria’s Secret at an airport? Go to Changi Airport and you’ll find them. 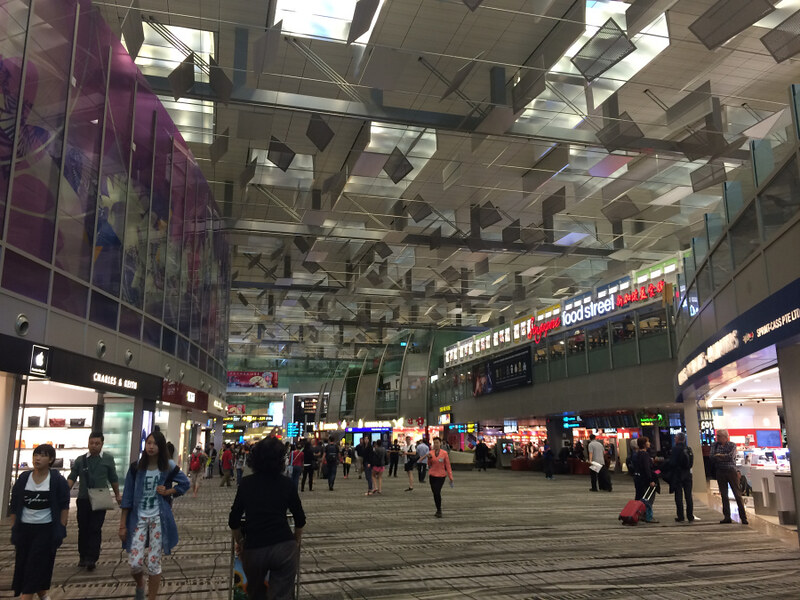 The airport has things that don’t cost money, too. Their Butterfly Garden is really similar to the Butterflies! exhibit at the Academy of Natural Sciences back home, but bigger and fancier and with fewer visible butterflies. Perhaps I went there too early in the day? There was also a koi pond, water lily garden, sunflower garden, cactus garden, and orchid garden. I loved that Singapore was not only a modern city but was also very proud and protective of nature. 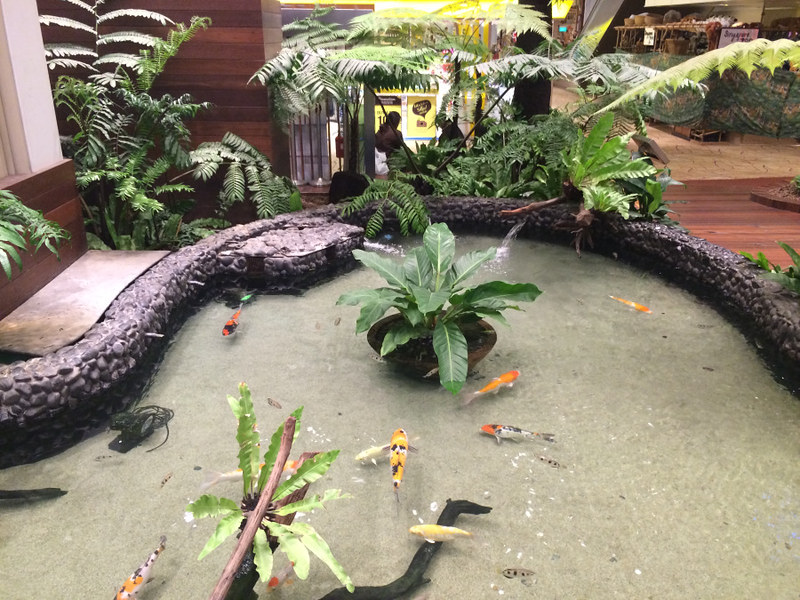 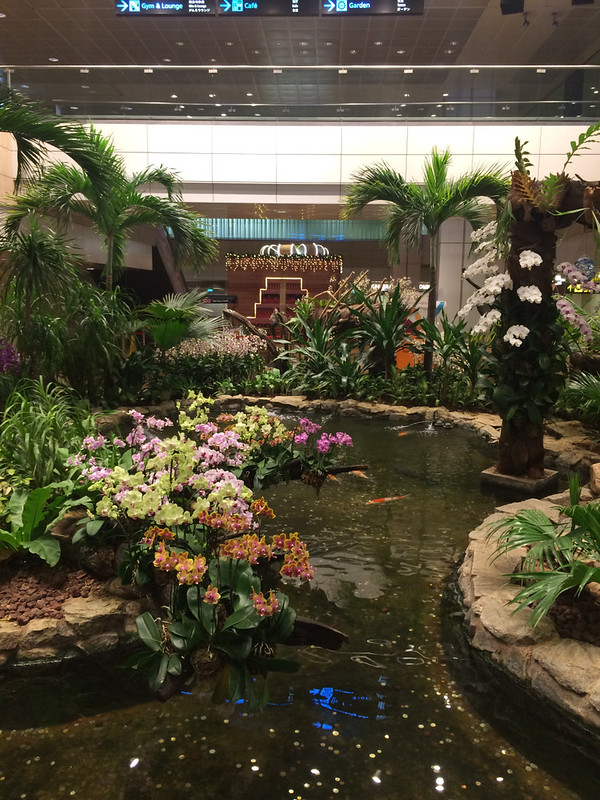 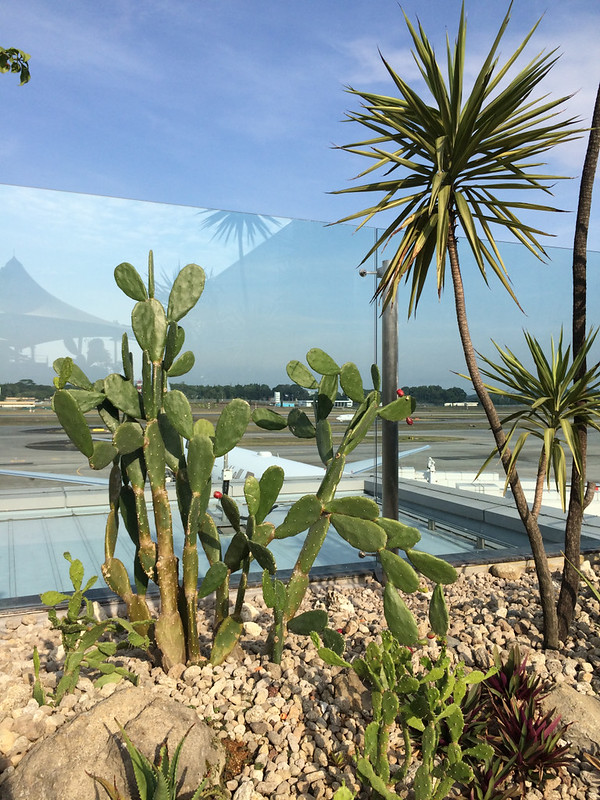 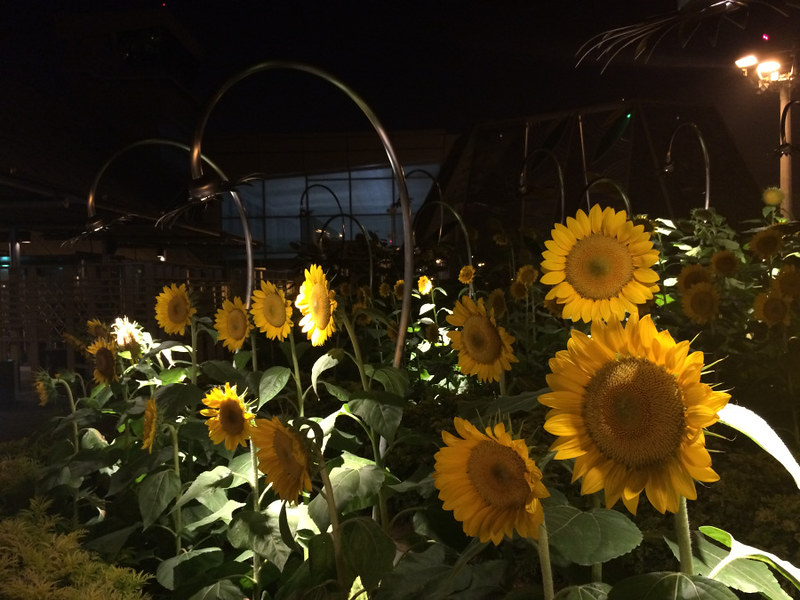 There are movie theaters showing free movies in terminals 2 and 3. I went in and tried to sleep while Star Trek Into Darkness was playing, but it was too loud to — I had read in reviews that the airport was a nice place to nap since the chairs were comfy and it was dark. I ended up giving up and going to the Ambassador Transit Lounge instead for a nap and a shower.
One thing I noted about Singapore was that it was SO incredibly diverse. I had never been in a country like this before. According to my (quick) research (on Wikipedia, which I feel is good for quick-look ups but absolutely not acceptable for research papers, of course), the largest ethnic groups in Singapore are Chinese, Malays, and Indians. I heard so many different languages on the MRT (Singapore’s Mass Rapid Transit railway/metro system), some English, Mandarin Chinese, Tamil, and what I assumed were Malay and Singaporean. Even the subway signs were in English, Chinese, and Tamil.
Singapore is also extremely clean, like all of the Asian countries I’ve been to (yes, they do not sell gum there). The city was beautiful and had an aura I’ve hardly felt before. Tokyo was elegant and classy. Seoul was also classy, but more casual and not as “strict.” Shanghai was bustling and very casual, and Hong Kong is rowdy and very similar to Shanghai, but a bit more refined. Singapore was a perfect mix of both — the very fancy areas in the business districts were beautiful and exuded that aura of importance, but it would be right next to Lau Pa Sat, a simple wooden building containing tons and tons of eateries and satay stalls. Satay is seasoned and cooked over an open grill and is one of the most delicious things on Earth, seriously. I feel that some of the best food are the ones cooked in food carts right in front of you. It was strange, though, to be surrounded by barbeque grills, look up, and see the skyscrapers much like the ones on Market Street in Center City. In fact, I told Alix while walking back to the MRT that the business district really reminded me of home. 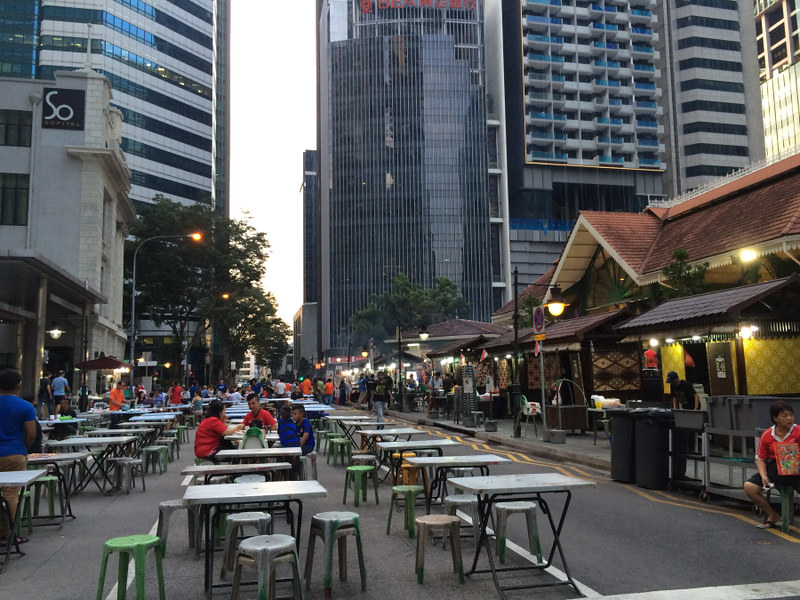 Actually, there was a road there called “Market Street.” 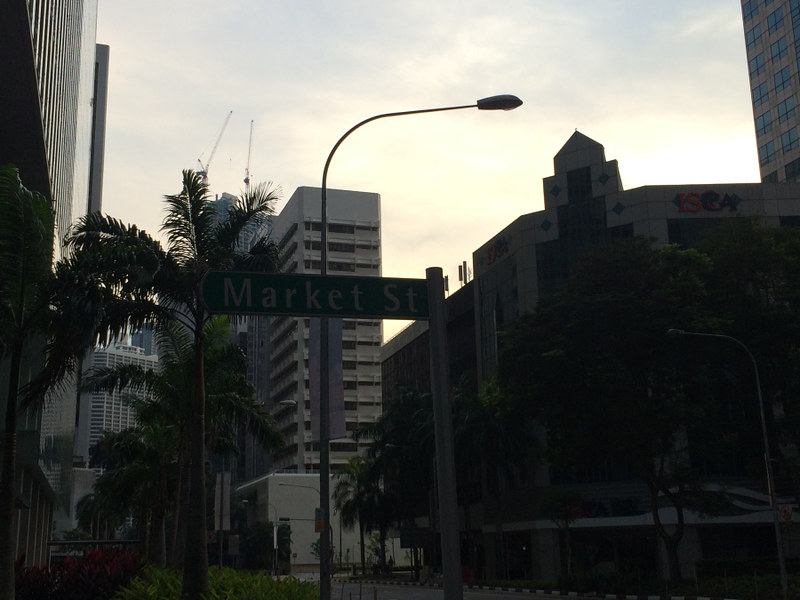 I’ve felt comfortable in all of the cities I’ve been in so far — I was slightly familiar with Japan’s and South Korea’s customs and values, Hong Kong’s busyness, and Singapore’s… Casualness. The locals are so incredibly friendly and the city is so easy to navigate (I even took the bus in Singapore, which was scary because buses are scary. I’ve never even been on a Hong Kong bus without a local guide). Maybe it’s because virtually everyone in Singapore speaks English.

More on Singapore next time.