I’ve never been much of a holidays person. I didn’t really care for ugly Christmas sweaters or eggnog by the fireplace or gift exchanges, and I never understood why people were so excited for the holidays. For some reason, I’ve never had the chance to really watch those popular Christmas movies, either. True fact: I’ve never seen Elf. The only holiday movie I’ve probably ever watched is Home Alone and that was a week and 2 days ago. Call me a Grinch.

I’m thinking that the reason for this is because my mother is old-school Chinese, so at home, Thanksgiving or Christmas was never really a big thing. We celebrated more things like the Mid-Autumn Festival and the Lunar New Year. I was initially under the impression that Thanksgiving and Christmas wouldn’t be huge things here, but after spending the holiday season in Asia, I was so very wrong. 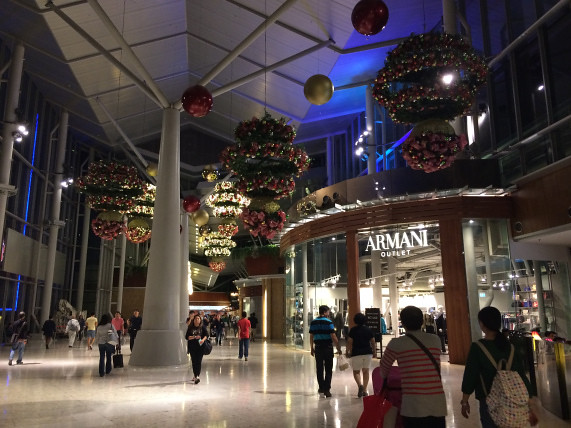 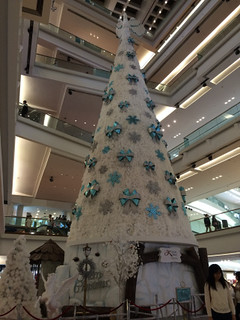 I guess the holiday spirit here isn’t exactly the same as back home. I feel that Christmas here is more commercialized than in the US — or rather, has less of a family focus. For example, the day after Halloween here, Christmas trees and holiday decorations went right up. I was in Korea on November 1st and noticed that holiday lights were actually up. Thanksgiving isn’t really a big thing here, BUT stores take the opportunity of this thanks-giving day to feature sales in stores. I guess that’s something to be thankful for, right? 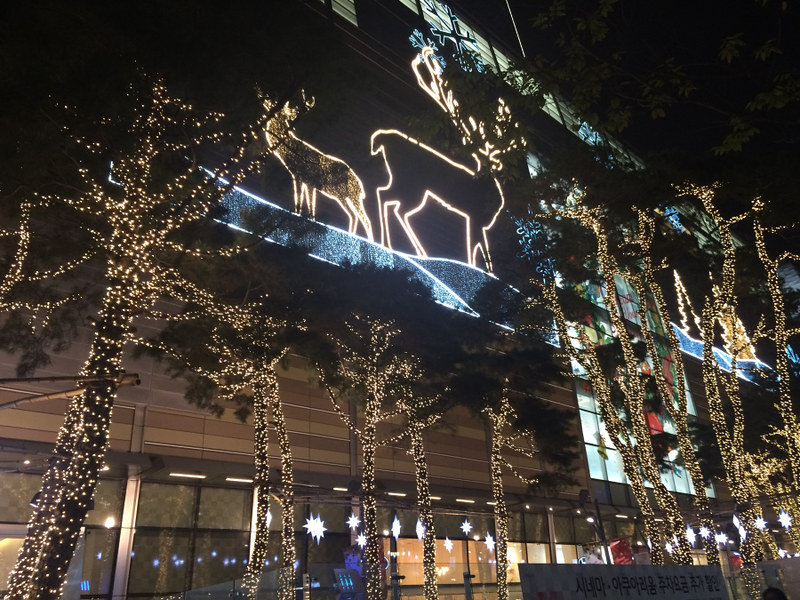 There isn’t that “family” feeling here for the holidays, but I have to admit that Asia’s decorating game is strong. Really strong. Maybe because I really enjoy the cutesy Asian characters and designs. I’m sure I’m not the only one who says that Asia’s Christmas decorations are just as good as Philly’s… Maybe even better. 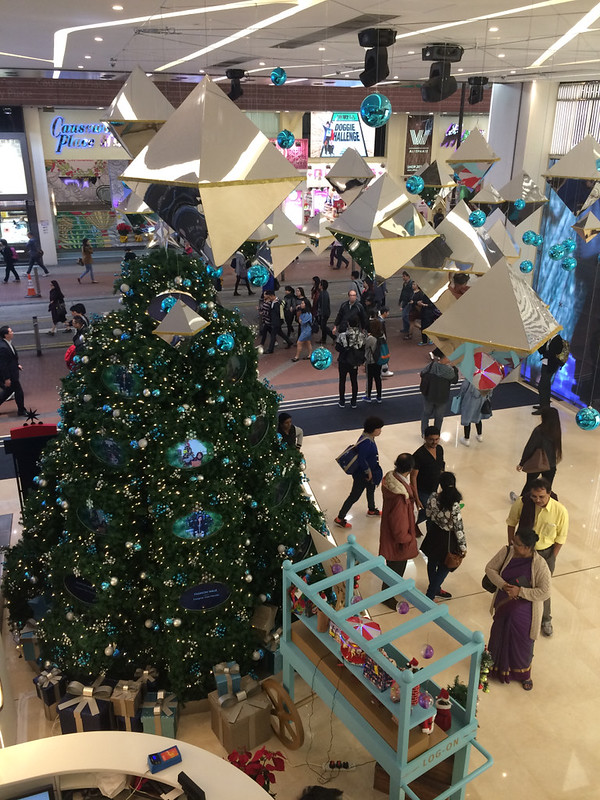 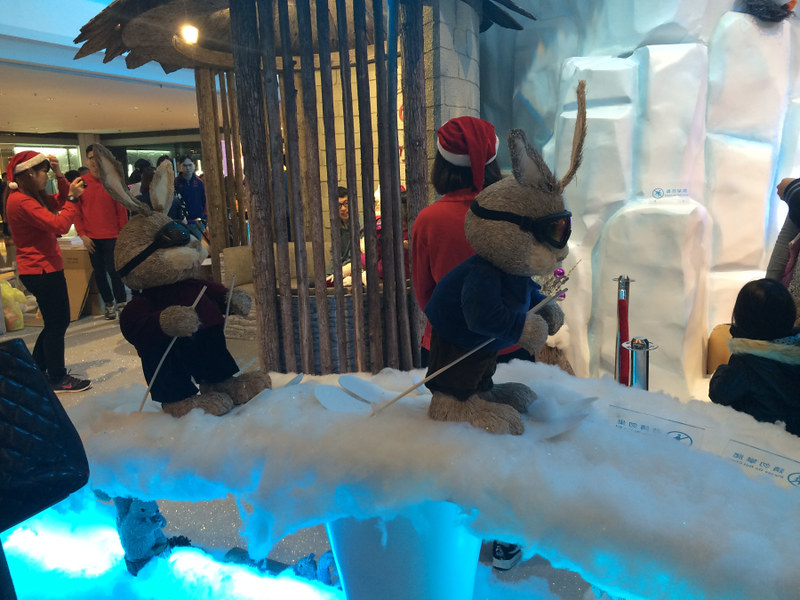 One other thing I’m going to miss about Asia is the design of products. Everything is done with so much care. For example, food presentation, desserts (THE DESSERTS), and miscellaneous things like cat lunchboxes (lunchboxes with cats on them, not lunchboxes for cats) and keychains. 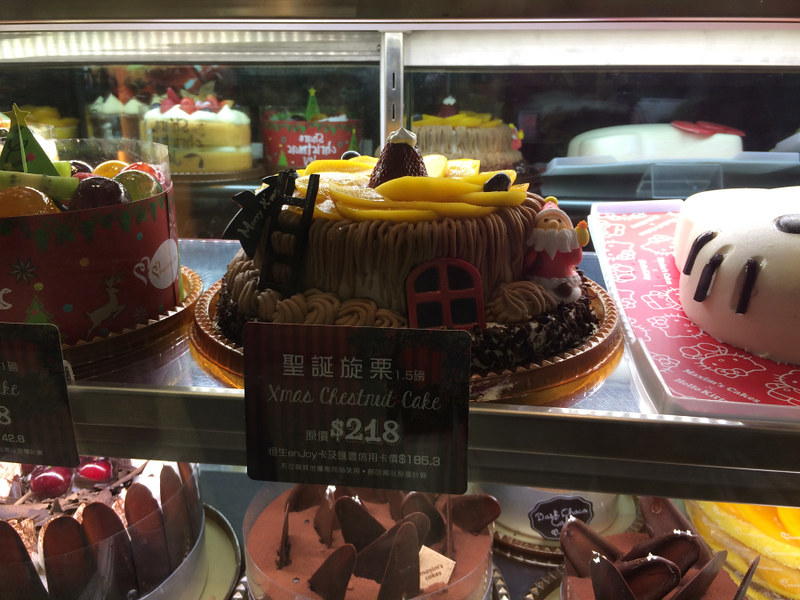 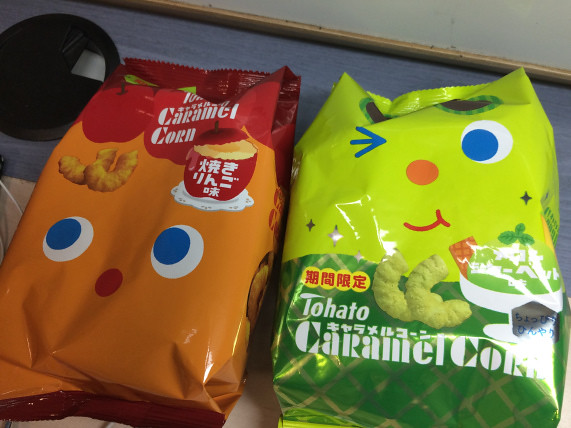 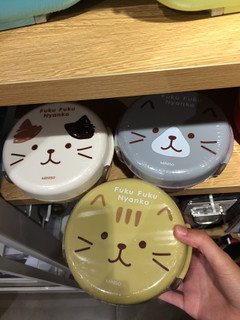 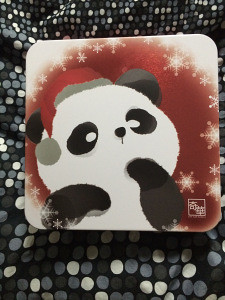 There’s a new Star Wars movie coming out (or did it already come out?) and the promotion for it in a shopping district called Causeway Bay is INSANE. Gigantic Legos of all the characters. And the spacecraft-thingies. Earlier this year, they were promoting Pan, and there was a gigantic ship in the same area. I guess it’s good they decided to promote Star Wars instead of something like Mockingjay. 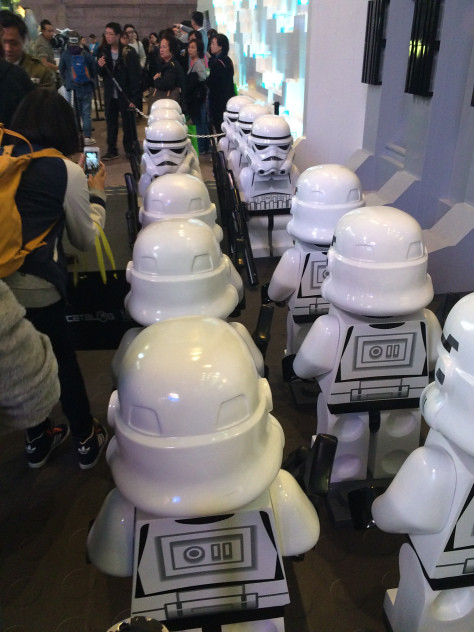 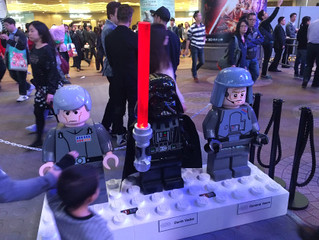 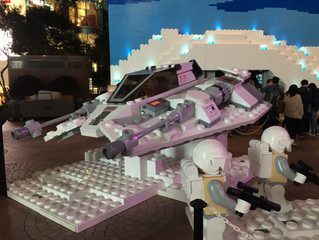 I’m off to study for finals. It’s going to be a bit challenging, especially since I’m bogged down with a cold too. At least the university put this giant duck in the pool to cheer everyone up. 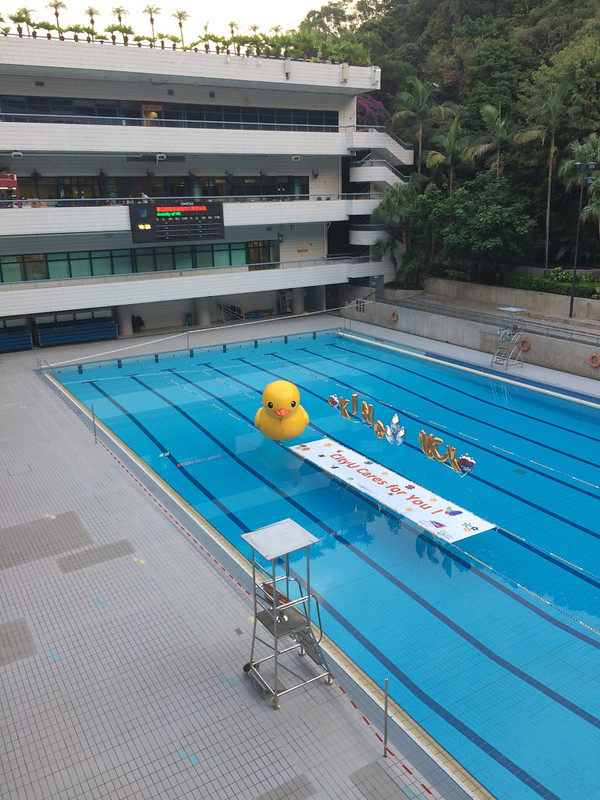