Almost a month ago I went to Tai O with the CLASS (College of Liberal Arts and Social Sciences) Buddies. They’re a group of local students in CLASS who reach out and do activities with exchange and international students. I found out about this Tai O trip at orientation in August, and the actual trip was November 14. Tai O is a fishing town on Lantau Island, super far away from the school. It took maybe two and a half hours to get there. First, we took the MTR to Tung Chung, then a bus from Tung Chung to the actual town. 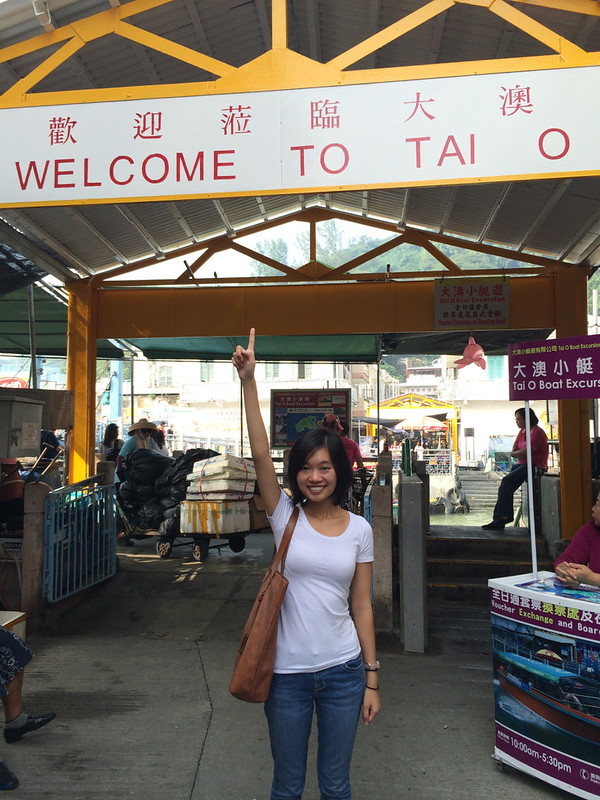 The trip was absolutely worth it, though. The air was so fresh and different, partly from the sea water and also because of all the food being sold there. We first headed to lunch and walked past a ton of shops selling dried fish and other fishy ingredients for cooking and medicine, as well as food stalls selling baked goods and fresh juice. I wanted to buy some vegetables there since they looked so fresh, but forgot in the end. Many shops had fresh fish for sale, too (for cooking and eating). 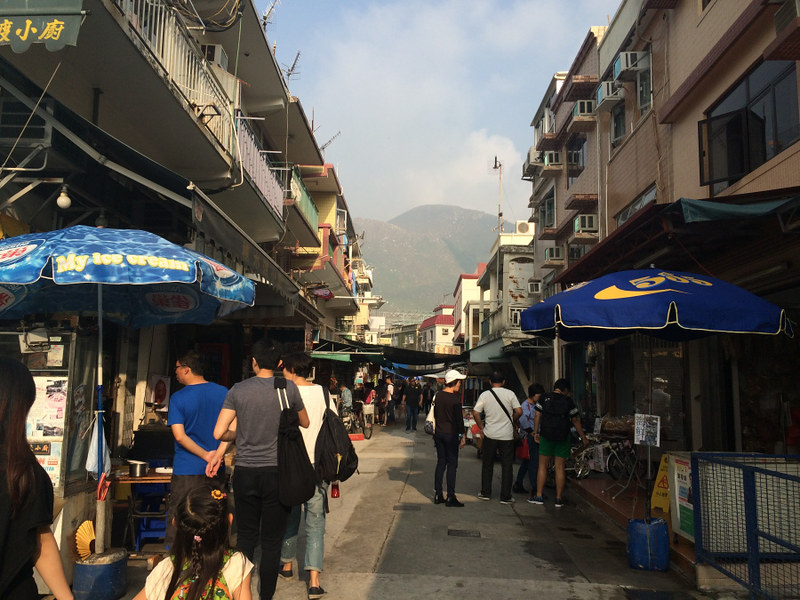 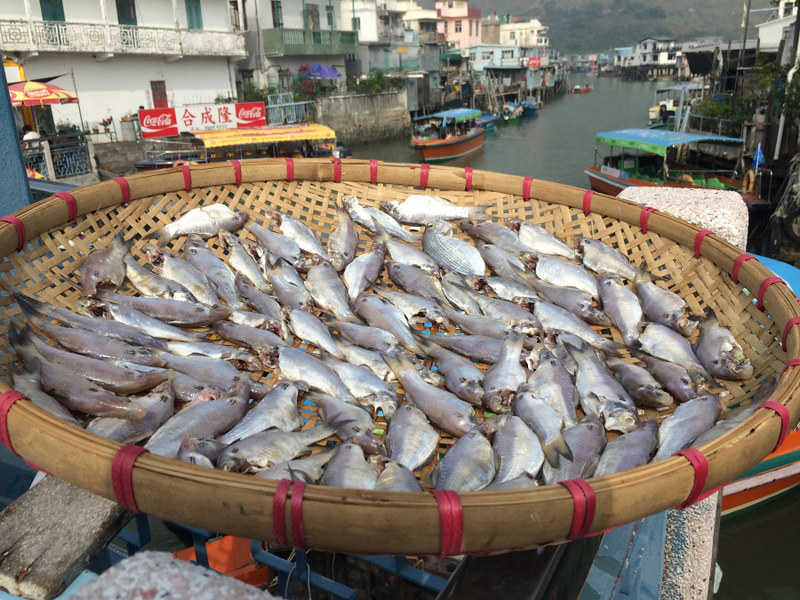 Lunch was on the second floor of a small restaurant. The restaurant did not have much going for it in terms of decor (save some cat photos on the stairwell up), but the food made up for it. Because Tai O was a fishing village, our lunch had a ton of seafood in it. We had maybe 10 different dishes. The most interesting thing was served in a pumpkin. To this day, I’m not sure exactly what was in it, but there was definitely squid (you can see the rings on top) and cheese (all the yellowish stuff). The pumpkin was hollowed out and a bunch of things were put back in and baked. I haven’t tried many pumpkin-y foods back in the States (unless you count pumpkin pie and pumpkin spice lattes), but I hope this is the first of many pumpkin-based foods I will eat in my lifetime. 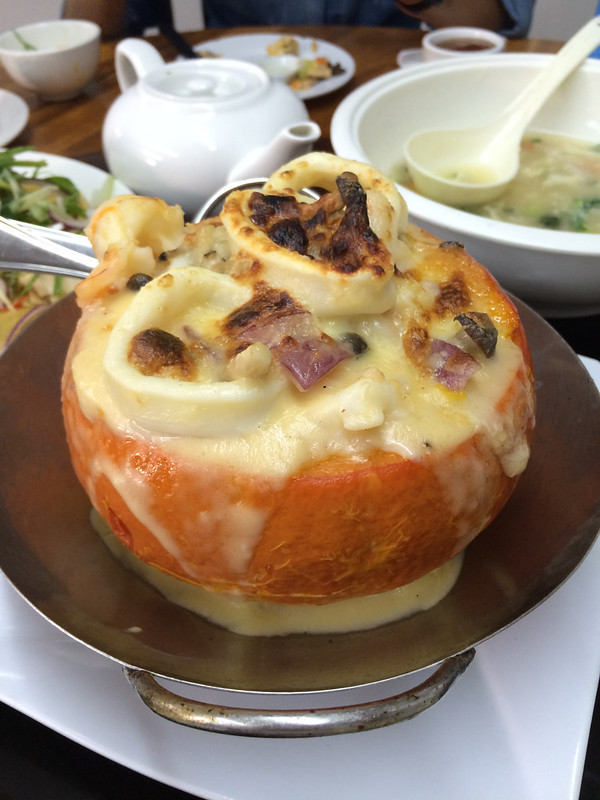 Our group was small because all of the exchange students who had signed up earlier in the year had dropped out, so it was literally 4 of the CLASS Buddies and 2 exchange students, including me. I didn’t mind it, though, because that meant we had an intimate group! 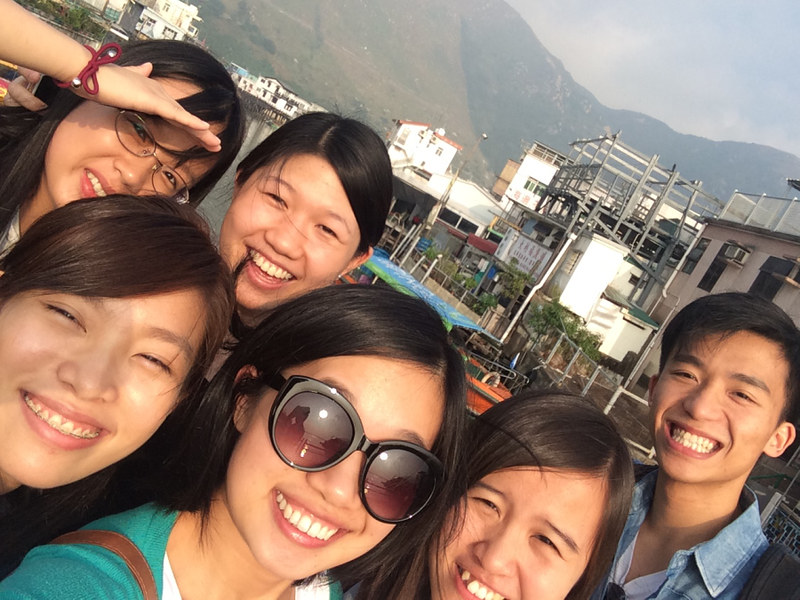 We went on a boat ride after lunch, which was part of the tour. The little boat was frighteningly fast, and since we were at the front of the boat, the ride was very bumpy. But, at the same time, there was something relaxing about having the ocean breeze flow through my hair and sun warm my skin. The sheer openness of the water as well as the sound of the waves put me into a very good mood. We were even supposed to perhaps see dolphins, but none appeared. I ain’t even mad. (Besides, I saw a school of fish jump out of the water and that was pretty freaking cool enough.) 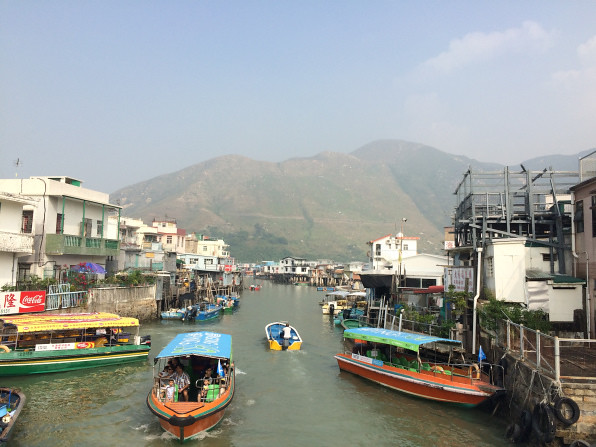 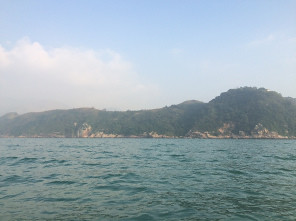 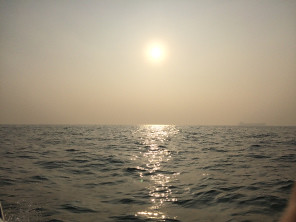 The rest of the afternoon was spent wandering around the village, which was lovely and quaint, a complete 180 from the busy streets of Mongkok near CityU. There was a slower, more peaceful atmosphere around. I was really happy to see quite a few cats (some were strays and others were kept by a cat cafe), and I saw a few stray dogs around, too. I don’t know why, but I always feel more pity toward stray dogs than I do cats, even though I like cats more. 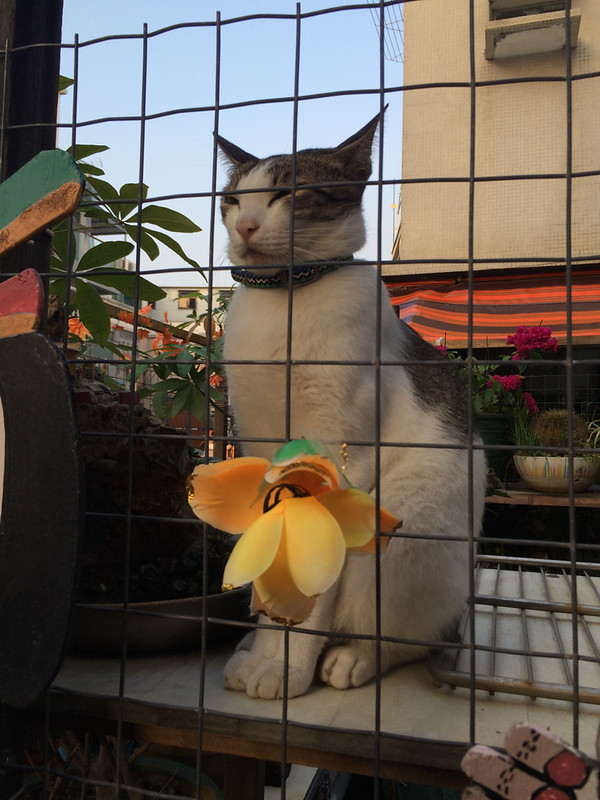 If you are ever looking for a day trip out of the city, I’d definitely recommend going to Tai O. The food there is great and unique, and it’s a sight for sore eyes (and lungs?) if you’re too stressed out by university student life.