Hola amigos! Since I had 2 exams coming up, I did not have much time this weekend to go out. Nonetheless, I did not want to completely stay indoors so my friend Lua and I took it upon ourselves to use half of Sunday (September 4th) to go out and the other half to study intensely; kind of like a treat to ourselves for studying so much. Thus, we decided to go to Fantasilandia, a theme park inside of Santiago. The coolest part about it is that you can literally just take the Metro there. No 1-2 hour drive like I have endured in the past trying to go to Six Flags or Dorney Park from Philadelphia. 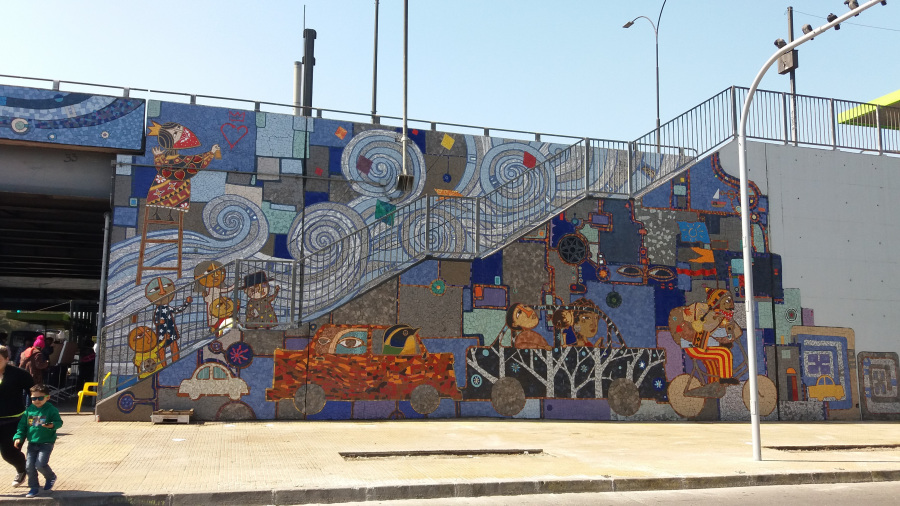 Since we live around Parque Bustamante station we had to go to different Metro stations and transfer onto different lines to make it here. So from Parque Bustamante we went to Baquedano to transfer from line 5 to line 1 and then we went from Baquedano to Los Héroes to transfer from line 1 to line 2 (I know it sounds really complicated). Then from Los Héroes we went to station Parque O’Higgins. I have to remember to make a post about the Metro/Micro system in Santiago because it seems a bit daunting at first, but it is fairly simple and understandable after using it a couple times (definitely way simpler than Philadelphia’s metro system).

Anyways, after getting off the Metro, we found ourselves in a park area full of street vendors and playground equipment. At first I thought we were heading in the wrong direction and tried to tell my friend that we should head in another direction, but then she pointed out in the distance in the sky towards a large, white-and-green roller-coaster and I replied “oh.” It was so alien to how me how casually placed the theme park was with the urban park setting. I was so used to seeing theme parks placed in the suburbs surrounded by trees and away from houses, but Fantasilandia was certaintly different. 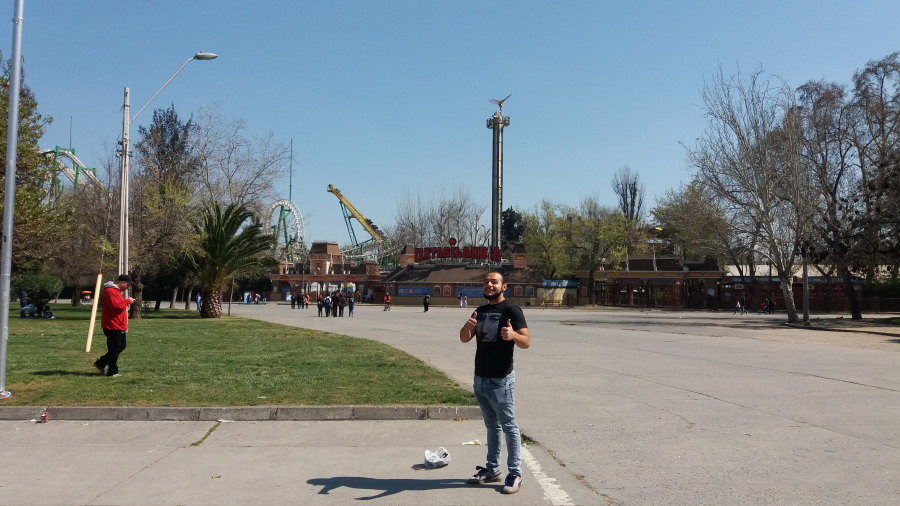 So as you can see, this park obviously is not Six Flags, Dorney Park, Disney World, or any other huge theme park. In fact, it is much smaller, but I definitely would not knock it off. I had a blast here and actually enjoyed the many benefits of it being a smaller theme park. First off, the ticket to enter was only 12.900 chilean pesos, which to an average Chilean sounds expensive (as I have heard many people complain about the price); however, convert that into US dollars and that’s only about $19.50. Way, way cheaper than any average theme park. Secondly, the lines were pretty darn short compared to the 2-3 hour wait you would be forced to endure just to make it on one ride in Six Flags. Thirdly, food was pretty cheap as well and they actually have an all you can eat pizzeria (which I did not try, but will definitely do next time). Lastly, the layout of the park is fairly small enough that you could go through all the rides in one day and possibly even re-ride several. 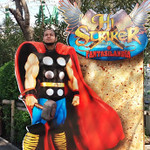 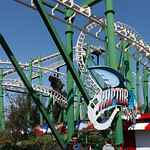 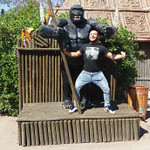 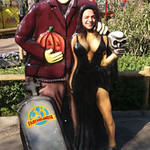 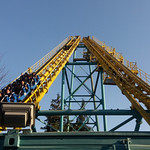