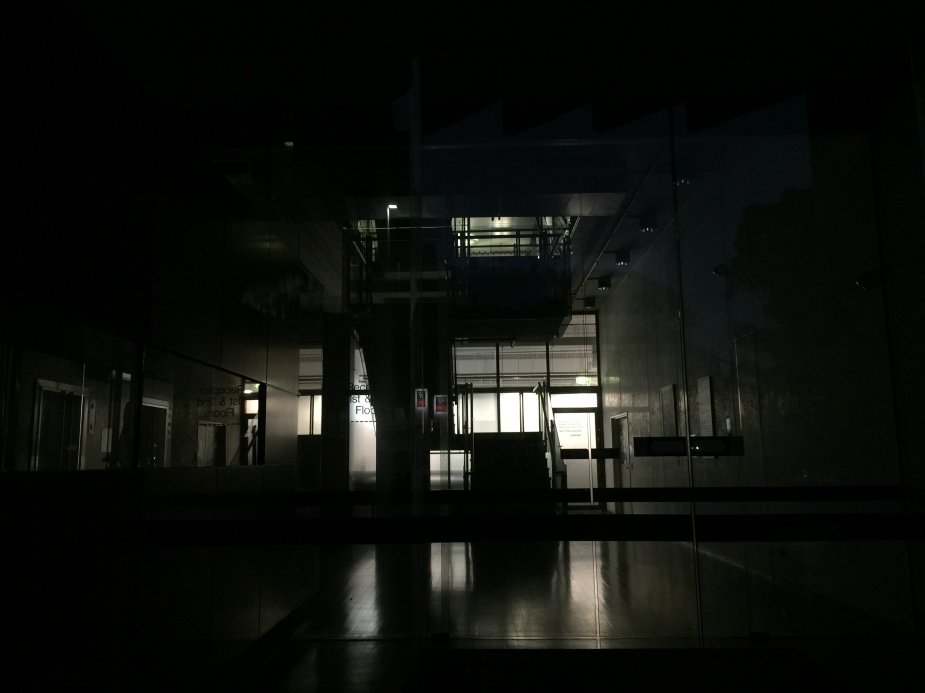 Swinburne on a Sunday night.

Classes at Swinburne University commenced this week. You could definitely feel the presence of the excitement and lively buzz from Orientation week carry over. Clubs and other societies still had their tents lined up and were trying to recruit new members. A stage set up for O-week where a variety of people performed and made announcements stood its ground, but was finally taken down at the end of the week—possibly signaling the end of fun and enthusiasm as classes really start to kick into gear.

There were a variety of clubs you could sign up for. I personally signed up for the Swinburne Student Union (SSU). Being an SSU member allows you many perks such as free breakfast everyday until 10:00 am and the privilege of printing 20 black and white pages per day, among other things.

Classes here are only slightly different from ones at Drexel. So, one shouldn’t experience much difficulty transitioning into the Australian higher education system.

I am currently taking four classes, which after asking around seems to be the norm around here. It might be important to note that you can take as little as three courses in order to satisfy Visa requirements. Taking the minimum course requirement allows you to have more free time to either travel and/or find a part time job since you are free to work under a student visa. As an incentive, the current minimum wage in Melbourne as of March 2017 is $17.70 Australian dollars per hour—which is around $13.44 US dollars (USD) at the current exchange rate. That’s a lot compared to Philadelphia’s minimum wage of $7.25 USD! Popular jobs among students seem to be in the food sector—especially as wait staff, bartenders, and baristas.

On the bartender and barista note: the legal drinking age is 18 here and the coffee is phenomenal, but that’s a story for another time.

For all of my classes, I attend one lecture and one tutorial per week. A tutorial is similar to a recitation at Drexel. In lecture, you are in a large auditorium style space and learn new concepts and topics from the professor. In tutorials, you are in a smaller group of people where you delve further into or review the topics and concepts from lectures. Your instructor during tutorial may be a PhD student, another professor at Swinburne, or your instructor from lecture.

I bought a binder and some notebooks beforehand to bring to Australia, but I would suggest waiting to buy all your school supplies until you’re actually in Australia. Their standard size paper is A4 which is a bit narrower and longer than the letter size paper we’re used to in America. That being said, my binder and notebooks rendered useless. That should save you a couple bucks and some space in your luggage!